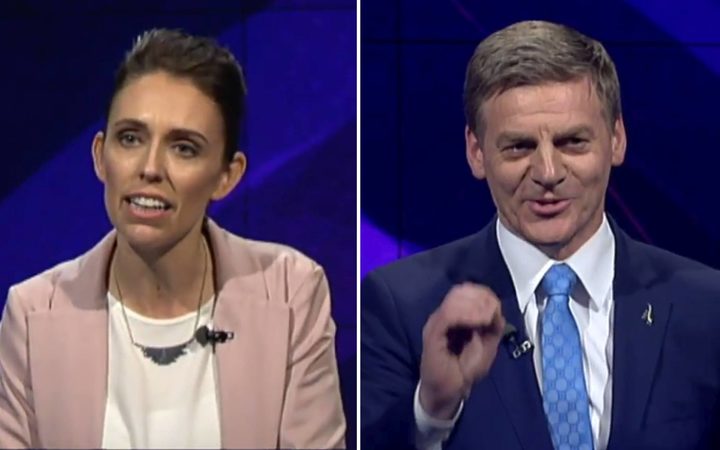 The pair clashed over a range of issues in the TV1 debate moderated by Mike Hosking, especially over tax cuts and housing.

The latest 1 News Colmar Brunton poll released just an hour ahead of the debate put Labour ahead of National for the first time in a decade.

The first ring of steel came when Ms Ardern raised the issue of house prices.

"Housing affordability is the worst we've seen in such a long time ... we've had the worst home ownership in 60 years," she said.

Mr English said that was "not true".

Ms Ardern asked him if a $150,000 deposit for a home in Auckland was acceptable.

She then had to defend her party's plan to set up a committee to consider bringing in a capital gains tax.

"I'll give you the values that I'm going into this review with," she explained.

But Bill launched into the first zinger of the night: "People can't go shopping with your values. They need to know what impact removing their tax deductions is going to have."

People on the average wage would be $1000 a year worse off under Labour, he said. 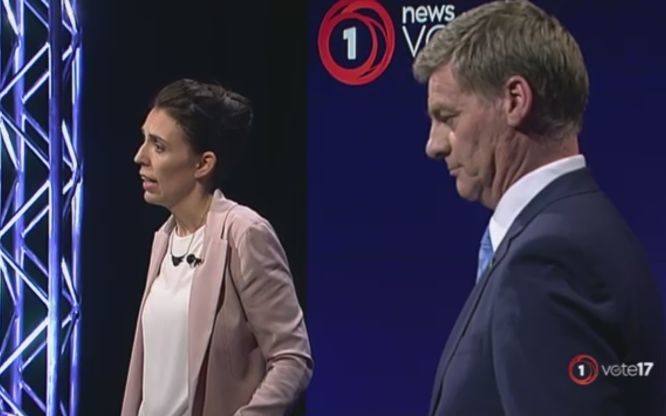 The debate then turned to the economy.

"Productivity is flat lining at best."

When it came to medicinal cannabis the pair had 30 seconds to a explain whether their government would legalise it for medical use.

"Cannabinoid products still needed to go through the proper process," he said.

On the issue of immigration the pair were also split, with Jacinda Ardern saying a Labour government would reduce the number of migrants coming to New Zealand from 70,000 by about 20,000-30,000 a year.

Mr English queried who would build the houses and work the farms if that happened.

Ms Ardern said the problem was that most were going to Auckland, not the regions.

"My question is, is every one of those migrants getting a decent shot at life?"