Labour has overtaken National in the latest Colmar-Brunton poll for TV1, with 43 percent to National's 41 percent. 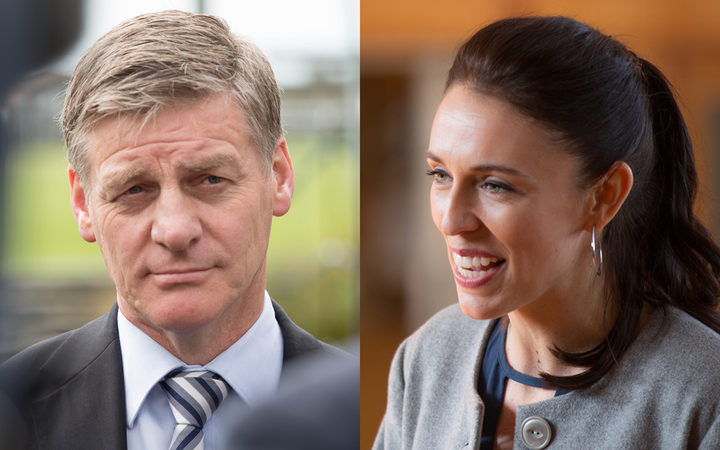 New Zealand First was at 8 percent, while the Greens were teetering on the threshold at 5 percent.

Both the Māori Party and The Opportunities Party lost a percentage point to 1 percent.

"Labour ahead of National for the first time in 12 years. Last time was 2006 under Helen Clark.

"The rise in Labour is at the expense of National and New Zealand First, so I think we're at a point where we're starting to see that crossover vote into the National support which is the crucial element for Labour in terms of being able to put together a government.

"Under this poll they could do that without the Greens, but with New Zealand First."

Ms Ardern has been in the leadership for only a month, taking over after Andrew Little stepped down on 1 August.

"And it was the week before that Colmar Brunton had Labour at about 23 percent and they were also polling similar points in their own UMR internal poll, so what a turnaround over the course of a month," said Ms Patterson.

She said Ms Ardern had done well to stay out of any controversy, but the TV1 leaders' debates tonight would be a test for her.

"Yes, this honeymoon has worked for her well, but we still have some weeks to go and these debates in particular are going to be ... one of the real tests of her under pressure."

She said National would continue to stay away from trying to smear Ms Ardern.

"That's been a strategy from the start. It became very clear that attacking her was not going to wash well at all so they've been focusing on their own game.

"I think what they will try to attack Labour on is tax. I think that is an area of vulnerability National will really try to look to exploit."

In the latest RNZ poll of polls, an arithmetical average of the most recent polls, Labour and the Greens combined were within one point of National, which has been trending mostly down since Sir John Key left in December.