With polling day fast approaching, nearly a quarter of a million younger voters are yet to enrol, according to figures from the Electoral Commission. 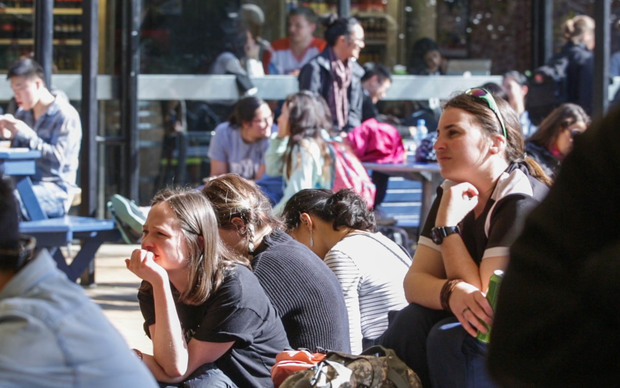 Political parties on all sides of the spectrum are keen to tap into the potential missing younger voters might offer.

That was last seen in Britain's snap election in June when the 'youth quake' restored the country's Labour Party to a credible opposition, defying the pollsters and astounding pundits.

Green Party youth spokesperson Julie-Anne Genter said it was trying to reach as many disenfranchised young people as possible.

"Whether that's using social media, going and speaking at high schools and university campuses ... and I'm certainly spending a lot more time trying to get my head around Snapchat."

National Party campaign chair Steven Joyce said it was also using social media as a key tool to attract younger voters, even if it meant the party was sometimes given a hard time for it.

"We often get wound up a little bit for trying too hard to be on Facebook and Snapchat, but it's actually really important."

The Young Nats were also important in reaching out to younger voters, he said.

Māori aged 18-29 have the lowest voter turnout in the country and needed to be addressed, Māori Party co-leader Marama Fox said.

But encouraging all the missing voters to be engaged with politics would require a long term strategy.

"I don't think we're going to be able to pull those voters out to vote in the three weeks we have left. We must do more in this country or else they're going to be completely disengaged from our future."

Younger people who did not vote were more likely to continue being non-voters as they got older, she said.

Figures from the Electoral Commission show the number on the electoral roll is higher than at this stage in 2014, and 16,694 voters aged 18-29 enrolled during August. It expected another big jump before election day.

"Young people are excited about the message that Jacinda brings and we really hope they will get out and vote."

Only 62 percent of under 30s who enrolled last election actually cast their vote, compared with 85 percent of enrolled 60-65 year olds.

Green Party candidate Chloe Swarbrick, 23, says many young voters are struggling to see the relevance of politics to their everyday lives.

"I think a lot of disconnected, disengaged people, are not making the connection between the different policies that parties are putting foward and tangible impacts on their everyday life."

Ms Swarbrick, who is standing in Maungakiekiem said young people care about issues like access to decent housing, jobs and education but struggle to see the importance of broader concepts like the state of the economy.

Another of the younger candidates, National's Simeon Brown, who's standing in Pakuranga, told Morning Report politicians needed to make an effort to engage with young people on issues that matter to them - but young people also had to take personal responsibility.

For the first time, people can enrol and cast a vote at advance polling booths - they are able to do this until the day before the election.