Opinion - With the first TVNZ debate between Bill English and Jacinda Ardern taking place on Thursday night, nervous energy will be building in both camps. How can they both best play to their strengths? 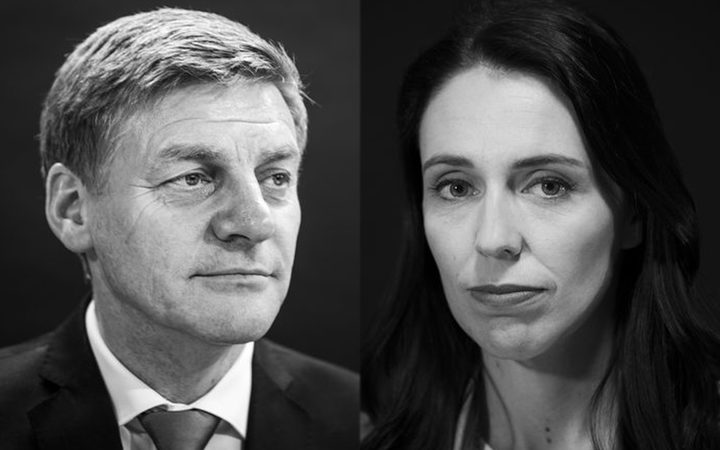 English needs to remind voters of his strengths, chiefly his reliability and his "relentlessly dissatisfied" policy focus.

Ardern needs to be seen to be able to foot it with English while also explaining Labour Party policy. If she does then an important test for her, and for Labour's ability to win, will have been passed.

She is, however, facing a hugely experienced and intellectually well-tooled opponent.

English said in an interview last week that he was driven by "relentless dissatisfaction" with policy outcomes. Some saw this as a cunning response to Ardern's equally obstinate positivity and generational appeal.

It wasn't, for I heard him use that same phrase in a speech in Sydney last year.

The mostly Aussie audience, made up of policy types like English himself, lapped up his talk on social investment. His wonkish insights, alongside his government's political success, went down a treat - in part due to Australian politics being so utterly messed up. Such was their rapture I thought the audience might lay down their digger passports

In politics, English is entitled to feel relentlessly dissatisfied. Having come into Parliament during the last phase of the 1984-1992 revolution as a National Party backbencher, he then watched it turn to custard: proportional representation after an unwelcome plebiscite, followed by a grudging coalition with Winston Peters; an ensuing political mess under Jenny Shipley; an ill-fated, unhappy go at winning himself, in 2002, then shafted by 13 of his colleagues and Don Brash afterwards; and over-run by John Key when Brash inevitably fell.

Who wouldn't feel relentlessly dissatisfied with that sequence of politics?

This history, however, is also a testament to his character, especially the perseverance that allowed him to survive that political adversity.

For him, feeling relentlessly dissatisfied is shorthand for intellectual openness and persistence - both endearing traits - in finding effective policy responses to the problems in front of him.English's description of prisons as a "moral failure" is an example of his occasionally refreshing openness. His social investment approach is an example of the latter: trying to achieve more effective social and economic outcomes through a process of incremental policy improvement.

English is also a conservative politician, with strong religious faith, so has blind spots - like his defence of the pernicious stigma of a Crimes Act still battering women who seek abortions in 2017. Women who are, after all, exercising a legal right to make assisted decisions about their own bodies. Abortion is a generational issue for some younger voters, of both sexes. That's for empirical reasons as well as ones of social equity, so it represents a type of social investment too, but not one English will ever address. Euthanasia is another such issue, with even greater cross-generational appeal.

Social investment, the idea of targeting resources where they can make the most long-term difference (thereby also saving the taxpayer money), is the core of what could be called the tao of Bill English.

But his idea so far is limited to those who have already fallen off the cliff, rather than redesigning the policy process to stop people toppling over it.

This offers Ardern an opportunity to attack English's chief strength.

If taken to its logical conclusion, social investment should mean that the state shifts precious resources to where they will make the most material difference. Pre-natal and post-natal care, and the first three years of life, is where the most long-term benefit can be gained. Making it easy and accessible for every Kiwi child to then have the same opportunity to soak up knowledge while their brains are in peak condition to do so is another real opportunity for social investment.

Despite fresh announcements by National yesterday in some of these areas, they have been follower-leaders rather than true leaders in this area across their three terms.

For example, New Zealand ranks fourth worldwide in per capita spending on early education, the result of policy innovation under Helen Clark's government and acceptance of that policy inheritance by Key's government, albeit with a flattening growth curve after policy tweaks during its first term.

New Zealand must at least maintain this level of fiscal commitment to keep our relative advantage in early education funding. Tending to our youngest, our most vulnerable, is not only the best inoculation against future social ills (and the costs associated with them), but it is also the optimal incubator for the country's future economic success.

We will hear a lot about social investment during the debates. It is that central to English's reputation and brand. Ardern's challenge (and opportunity) will not be to decry his relentless dissatisfaction but, rather, to embrace it and then roll right over the top with her own future-oriented and expansive vision for social investment.

That is a fitting and proper challenge for Ardern and we'll see on Thursday night if she is up for it.