The Labour Party has pledged to boost student allowances and bring forward the introduction of three years' free post-secondary education. 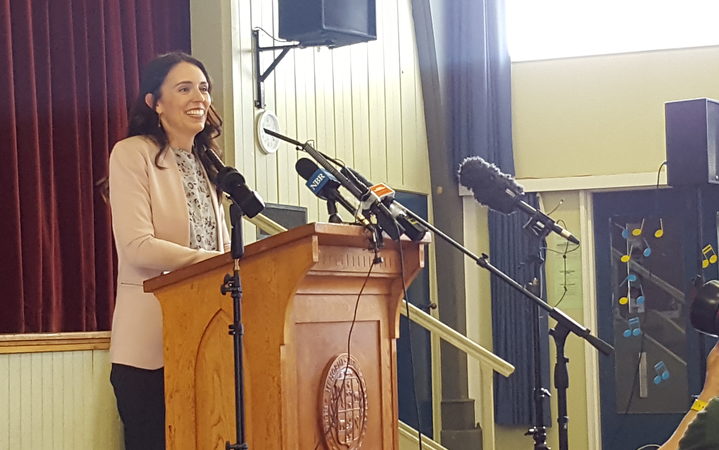 The party said if elected to government it would raise student allowances by $50 a week.

It would start bringing in its policy of three years' free tertiary training - covering apprenticeships or any NZQA-approved higher education - earlier than previously promised.

"I'm keen to remove tertiary fees as quickly as possible, so I have brought forward by one year our three years' free policy," Labour Party leader Jacinda Ardern said.

"From the beginning of 2018, everyone starting tertiary education for the first time will get one year full-time study fees free. That will be extended to two years' free in 2021 and three years' free in 2024. If conditions allow, we will accelerate this policy further."

The party also released an updated fiscal plan, under which it would invest an additional $8 billion into health, $6bn into education and $5bn into families over the forecast period.

Finance spokesperson Grant Robertson said Labour could afford to do this because it had rejected National's tax cuts.

"Labour will invest in better education, affordable housing, greater access to health services and lifting children out of poverty, and we'll do so without increasing income tax."

He said all Labour's spending commitments had been fully costed and could be delivered in line with their Budget Responsibility Rules.

"These rules include running sustainable surpluses, reducing net core Crown debt to 20 percent of GDP within five years of taking office, and prioritising long-term investments, such as re-starting contributions to the Super Fund."

Ms Ardern said at the policy announcement in Auckland that cost was a barrier to education, and the student allowance boost would help tackle that.

"The idea that roughly $170 is going to cover your rent just isn't fair. This is a really practical decision. I think when people hear that that's what people were trying to survive on, they'll understand why we've put that extra boost in there."

The scheme would not be limited to school leavers.

"Anyone who might, for instance - might be working the factory floor, who's never accessed post-secondary education, might want to go and do a one-year course, will now be able to do that for free. It's a major step-change in our education in New Zealand."

She saw education as a public good, she said.

"The tax paid by those that continue to further their education is of course much higher, their long-term contribution to the public good is higher in that sense. So I think we all benefit when we make sure we have an educated society."