Poll of Polls - A Labour and Green Party combination is now within a point of National. 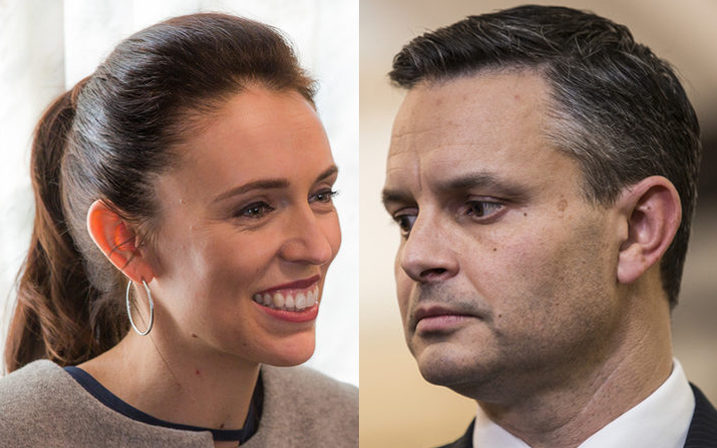 Going into the last four weeks of a turbulent campaign, Labour starts from the much higher base built by new leader Jacinda Ardern.

National is still out in front and is able to form a comfortable majority government with New Zealand First if that party wants to.

However, National's problem is that it has been trending down since Sir John Key left in December, with only a brief uptick after the May budget.

And, with United Future now out, neither of National's remaining two small support parties have got much traction.

Labour climbed through the first half of August from its disastrous low of 24.0% in July to 35.7% in the three polls up to mid-August. This was before its highly successful campaign opening on 20 August.

Labour's problem is the Greens' collapse after their internal faction fighting from a July average of 13.4% to 6.7% by mid-August. 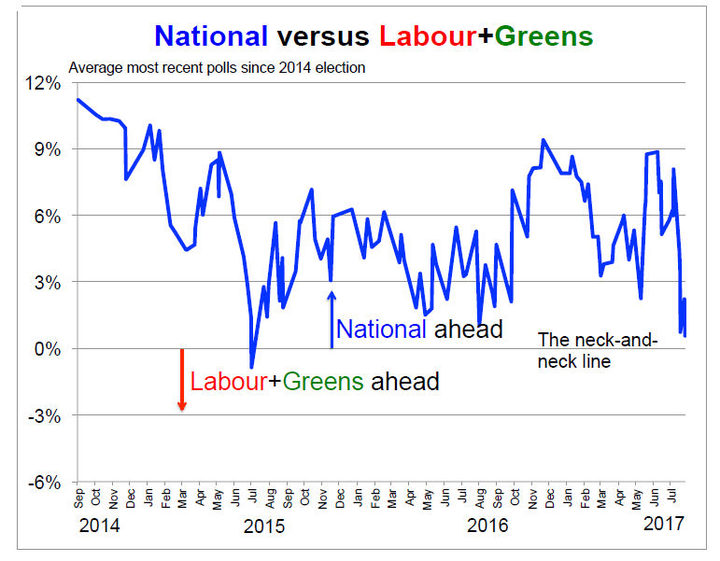 Still, Labour's climb puts the Labour-Green combination within a whisker of National, just 0.6 percentage points away in the three polls to mid-August. That is a fraction of July's 8.1 points. 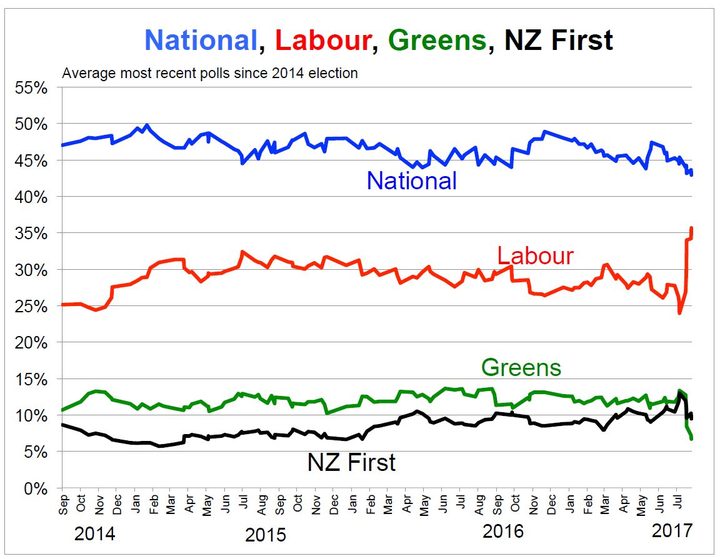 Labour's rise has also hit New Zealand First. It is down from a July average of 13.0% to 9.5% in the three polls up to mid-August. 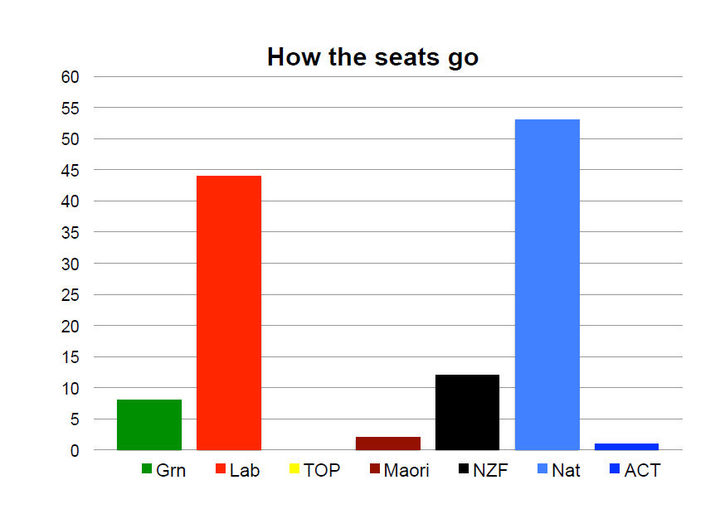 A possible wild card is the Opportunities Party. It has continued to climb, from 1.8% in July to 2.5% in the latest three. That is still only half the 5% threshold for seats in Parliament but is about where the Conservative Party was at this point before the 2014 election.

The Conservatives finished just under 4% in that election. 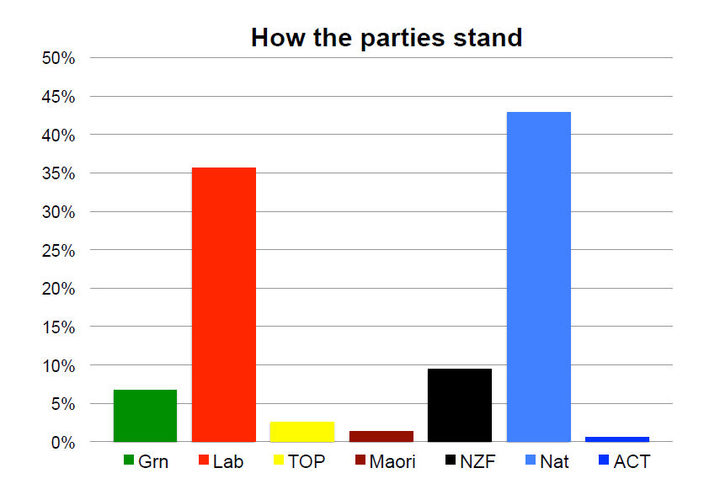 UMR's measure of whether people think the country is on the right or wrong track is still encouraging for National in its latest polls, with 56% positive to 35% negative.

UMR also recorded an unusually high 70% favourable rating for Ms Ardern, and that was before her campaign opening. But a New Zealand Herald poll from 16 to 21 August of a nationally-representative stratified sample of Fly Buys had Prime Minister Bill English ahead of Ardern by 45% to 32% as most capable leader.

The poll-of-polls is an arithmetical average of the most recent major polls from among: TV1 Colmar Brunton, TV3 Reid Research, Roy Morgan New Zealand plus the unpublished UMR Research (for the Labour Party) and, from September 2016 to July 2017, Curia (for the National Party). The latest average is of the three most recent polls. These were, in chronological order of the polling midpoint, TV3, TV1 and UMR. A Morgan poll in early August, posted only recently on its website, is included in the charts. The first point on the charts is the actual 2014 election result. UMR has given permission to use its right-track-wrong-track figures.