Poll of Polls - The 'Jacinda effect' continues to propel Labour into serious contention to lead the government after the election. 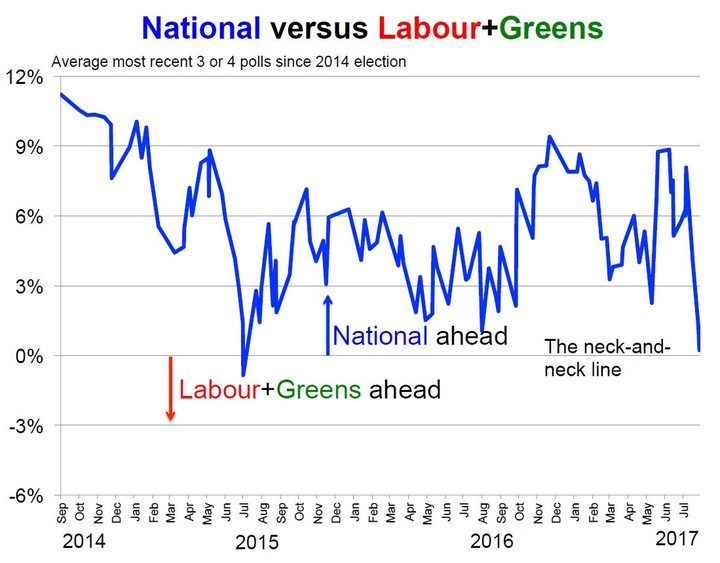 A leaked UMR poll has taken National's average lead in polls over Labour and the Greens combined to 0.2 percentage points - down from 8.1 points in July.

The latest averages for the four main parties are: Labour 35.7 percent (up slightly from 35.5 percent from the average in the poll of polls published on 18 August), Greens 6.9 percent (unchanged), National 42.8 percent (43.7 percent) and New Zealand First 9.4 percent (9.1 percent).

The seat distribution of the four main parties is unchanged.

The three polls in this average were, in order of the midpoint of sampling: TV3 Reid Research, TV1 Colmar Brunton and UMR Research. The next full poll-of-polls analysis is scheduled for 29 August.