Opinion - On the way to work the other morning I saw two young university students passing by one of the Labour Party's Jacinda Ardern billboards. 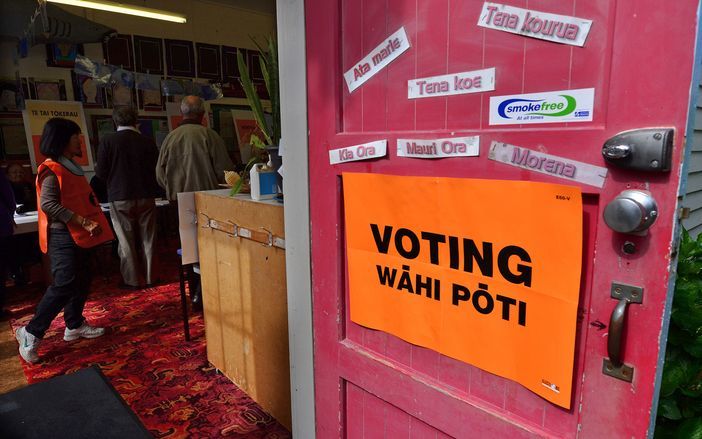 They stopped, stroked Jacinda's cardboard forehead, and then took a selfie with this two-dimensional version of the Labour leader. It was a little weird to watch. Funny. But still weird.

Jacinda Ardern is popular. Her ascension to the leadership has had a massive impact on Labour's polling numbers. But what about Labour's popularity inside the electorates?

Don't get me wrong - party votes are where it's at. But since the advent of MMP, our electorates have been a real indicator of whether or not change is coming.

Just to be clear, I'm not including the Māori seats in this count - that's a whole different kettle of fish.

In 1996, MMP was new, and the year before taking power Labour won 26 electorate seats.

In 1999 when Helen Clark swung into government she brought with her an extra six electorate seats and in 2002, when National recorded a disastrous election result, Labour picked up two more general seats. During this time National was unable to take a single electorate seat off Labour.

Then Don Brash happened - and the tide began to turn. In 2005 National gained back a total of 10 electorates. In 2008 John Key gained back a further eight general seats - and with it, the ability to form a new government.

Since the 2008 election only four seats have changed hands. West Coast-Tasman and Napier went from blue to red and Christchurch Central and Waimakariri went from red to blue - an indication that there has been no real mood for change.

A lot of things can affect the colour of an electorate - significant regional events, electorate boundary changes, change in the electorates' demographics, or a change in candidate.

But it seems that for some seats, the growth of a party's popularity tends to swing their voters. Wairarapa, Maungakiekie, Hamilton East and Hamilton West, Whanganui, Ōtaki and the East Coast are among seats that seem to shift with the changing political winds.

I predict that the tide is changing again, and those swinging seats will go back to Labour. First out of the blocks to switch sides will likely be Wairarapa and Maungakiekie.

In Maungakiekie, National went into the 1999 election with a huge 11,621 majority and still lost the seat to Labour. Heading into the 2008 election, the Labour had a majority of over 6450 and lost the seat to National, which still holds it but with a slimmer margin of 2348 votes.

My prediction is that Labour candidate Priyanca Radhakrishnan will become the electorate's new MP, over National's Denise Lee.

The crucial number on election night is the party vote percentage. But winning electorates is still really important - it means your message is getting cut-through and it's changing people's minds. As a party, having electorate seats means better local representation throughout the country, more ears to the ground, and more of a connection to the people you are representing.

On the night, the swinging seats will be a strong indicator as to which direction the country is heading in, and ultimately may tell us who will form the next government before the final party vote percentage is announced.