Opinion - The poet T.S. Eliot once said that 'humankind cannot bear very much reality'. The truth of these words is about to be tested as humanity increasingly wakes up to the reality of climate change. 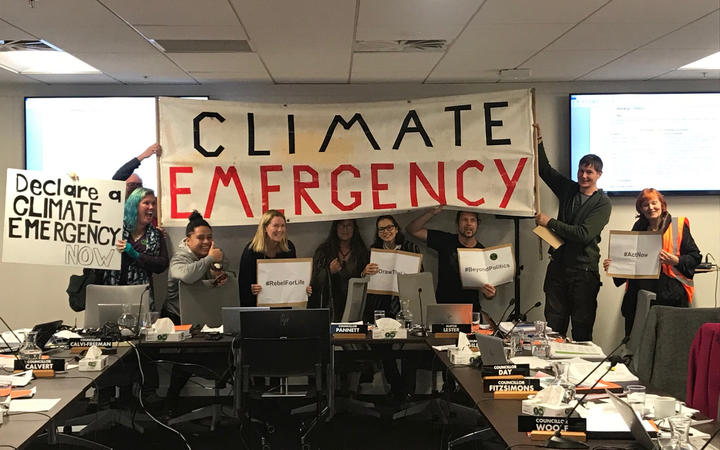 In the past, some experts have been concerned that if people are presented with the brutal reality of what may be the consequences of climate change, it may overwhelm them. There may be reactions of panic, denial, despair or a head-in-the-sand approach. However another school of thought, lead by ex-NASA climate scientist Dr Jim Hansen, is that scientists should actually be 'less reticent' when talking to the public.

We are now at an interesting moment regarding climate change and public reactions. Local councils are declaring climate emergencies and some national governments, for instance, the UK, have also. Meanwhile, civil society seems to be ramping up its angst about the climate. This is seen in recent protests by Extinction Rebellion and school strikes, another of which is scheduled for Friday week.

Is this uptick in public climate change awareness a temporary phenomenon or something else? There are two reasons why it seems unlikely that it will be temporary. The first is that according to the UK Met Office, the next five years are going to be unusually hot for most of the globe. There is even a 10 percent chance of spiking above the 1.5-degree target that the Intergovernmental Panel on Climate Change is trying to avoid. Hot day-to-day temperatures and accompanying extreme weather events tend to sharpen people's concern about the climate.

Second, there is increasing disquiet that 'official' climate change estimates may be too low. A recent book on this topic called Discerning Experts includes a detailed analysis of the IPCC estimates regarding the stability of the West Antarctic Ice Sheet. The authors conclude that the IPCC over-estimated the stability of the ice sheet in the face of higher temperatures. This should not be seen as a criticism of the dedicated climate scientists who have put so much effort into the IPCC correctly realising that it has been the most important game in town. Rather, it can be seen as the inevitable result of the current modus operandi of the institution itself - arrangements that could be easily fixed. In any event, the combination of these two factors means that over the next few years we are likely to have populations of overly hot people being told that things are worse than was expected by officialdom. This is a sure recipe for growing escalation of public concern about climate change.

So as public worry about climate change increases, how will it be manifested? Mass panic maybe? Psychologist Dr Margaret Salamon has another theory. She believes that what is happening now, as evidenced by things like Extinction Rebellion and the school strikes, is that people are adopting what she calls emergency mode. She sees this as a very positive climate change development that should be encouraged. She talks about how the US during the second world war moved full-on into such an emergency mode. It then massively transformed its economy and society in the face of an existential threat. Emergency mode is characterised by focusing on the problem as a top priority; making huge allocations of resources to attempt to reduce it; and, citizens pitching in with their talents and resources to address the predicament.

I have been tracking developments in climate change since first becoming aware of the possibility 30 years ago. I certainly sense a ramping-up of awareness and an enhanced willingness to act. In view of the fact that the IPCC believes humanity has perhaps a decade in which to implement significant change, moving into emergency mode is exactly what people and governments worldwide need to do if there is to be any chance of significantly addressing the problem.

* Dr Paul Duignan is an Honorary Research Fellow at Massey University, a psychologist, organisational and social strategist, and tech entrepreneur.