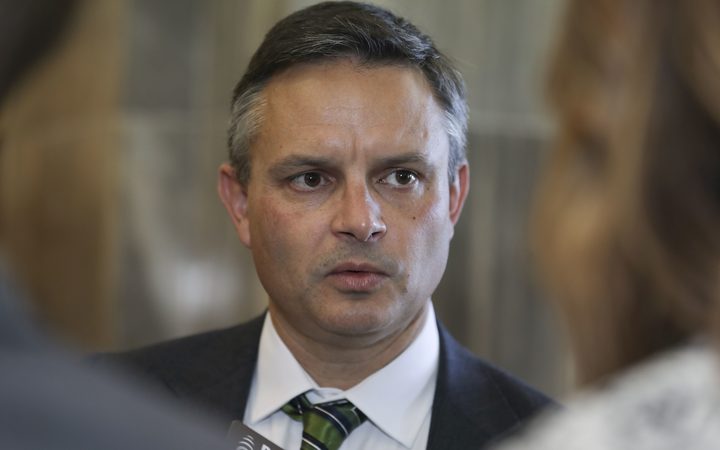 The framework is for the upcoming National Climate Change Risk Assessment (NCCRA) and will inform climate change adaptation and mitigation opportunities.

"Such as coastal inundation and increasingly frequent and severe droughts, floods, fires and storms.

"The framework will enable a broad range of risks to be compared and evaluated in terms of their nature, severity, and urgency", he said.

It includes the framing and templates, along with guidance materials that will be used to assess climate change risks at a national level.

The Ministry for the Environment's report said the values-based approach to the framework "combines scientific, technical and expert information with Mātauranga Māori, local knowledge and experience".

It said the framework aims to produce a risk assessment that will "improve the ability of decision-makers to make informed decisions in the presence of inevitable and, in some cases, substantial and irreducible uncertainty" and to "improve other stakeholders' understanding and foster and support the broader public interests in the quality of the decision-making process".

The framework consists of 17 categories of climate-related hazards most likely to "result in substantial risks to the nation's wellbeing", including warmer temperatures, sea-level rise, ocean chemistry changes, increased fire risk and coastal erosion.

It also includes the effect those hazards have on both physical and non-physical assets.

Mr Shaw said the risks will be assessed against a "worst case scenario" of not meeting the Paris Agreement goal of limiting the increase in global temperatures to 1.5 degrees above pre-industrial levels.

"Because if you're planning for the best scenario, which is that we actually succeed ,and that doesn't work then actually you haven't mitigated the risk," he said.

Expert panel member for National Climate Change Risk Assessment Framework, Roger Fairclough, said what they're trying to do is identify some of the consequences of the changes that are expected.

"The biggest issue with climate change really is we're fairly certain about what's going to play out, but we're not certain about when and so we've included timeframes of 30 years and 100 years," he said.

Mr Fairclough said through this framework New Zealand will be taking risk assessment a step further than the likes of the United Kingdom, Australia and Singapore.

"In most cases they're essentially a traditional risk assessment, they do not take us a great deal along the path of our intention here which is to get to an adaptation plan.

"We've introduced the ability to be thinking ahead in terms of how this is going to be used much more strongly," Mr Fairclough said.

While the framework's main focus is risks at the national scale, it will also aim to cover significant regional risks that would influence national priorities and budget process, including rohe based risks for iwi.

These could include the emergence of sub-tropical pests and diseases and fish species into Northland or receding snowlines and glaciers.

Mr Shaw said the government is now progressing work on the first Risk Assessment, "to ensure this important work is not delayed whilst we wait for the Zero Carbon Bill to pass".

"This work is critical to set Aotearoa up to be able to respond to climate change as a nation," Mr Shaw said.

The first Risk Assessment is expected to be published in mid-2020.