Opinion - Hot on the heels of our last piece on some of the odder effects of climate change, here are four more things you hadn't realised climate change was bringing. 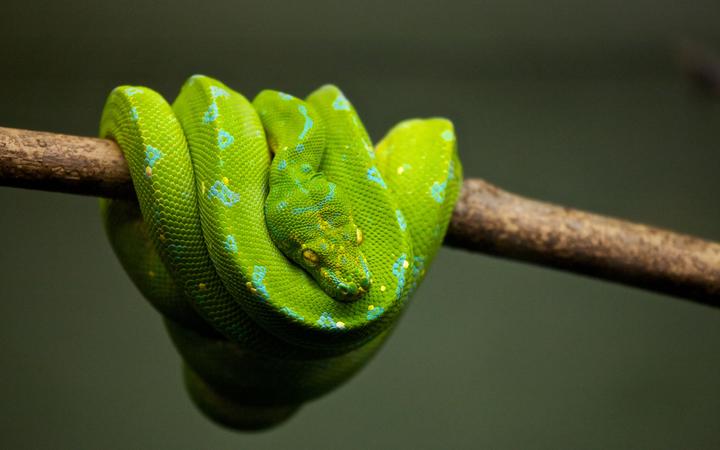 New Zealand is one of only four landmasses without snakes. That may change as the climate warms. Photo: Unsplash / Marius Masalar

Snakes may settle in

Yip. Our continued status as one of only four landmasses without the reptiles (the others are Iceland, Ireland and Antarctica, for your next pub quiz), depends largely on our winters being too cold for snakes to survive. So much for that. Stuff reported in May that the Ministry of Primary Industries found 93 snakes at airports and in shipping containers last year.

Probably more concerning - especially from an economic point of view - are agricultural pests like Queensland fruit flies that thrive in warmer weather, but are often killed by frosts.

There's no need for snow bunnies to panic quite yet, as we won't see the end of Kiwi snow soon. But you will see shorter seasons for fields without snowmaking machines. And fields that can make snow will have to do so much more often, pushing your season pass prices right up. The consolation prize in the short term is more epic spring skiing, if this season's stormy 'sprin-ter' is anything to go by.

So far only a recession lowers emissions

For all the talk of tackling climate change, to date the only thing that reliably drops a country's emissions is tanking the economy.

That's because burning fossil fuels and our economies are still so intimately linked - so much so that in some circles Gross Domestic Product is referred to as Gross Domestic Burn.

Think about it. You run a business and things are going well. If your exports double that means more flights, more shipping as you get your product to market. But also more packaging. More parts to order in, which means more mining for raw materials, more trucking into your plant, and so on.

That's why the word decoupling is going to be talked about a lot. We need to decouple our economic performance from fossil fuels if we have any hope of lowering emissions sustainably.

Which leads me to my favourite fact:

New Zealand is sitting on a giant energy reserve

Have you heard of Manapouri power station? It was built underneath a lake in Fiordland back in 1971, when we went in for ambitious engineering projects. It generates about a seventh of New Zealand's total electricity - more than any other hydro project in the country - yet sells it all to the foreign-owned Tiwai Point aluminium smelter at way, way below normal rates.

Comalco, the smelter's owner, is a big employer in Southland and regularly makes noises about shutting up shop - but the value of the plant as an employer may actually be outweighed by the benefit of letting it close.

That's because the price of power here is kept artificially high by the way Comalco soaks up supply: it uses more electricity than all Auckland households each year. And that power - if it were released to the public - could be a major way to decouple our economy from fossil fuels.

But wait, you cry - that would mean nationalising the electricity supply. Yet you needn't be so drastic. We could just nationalise the night.

Let me take a moment to explain. Basically a dammed lake is like a giant battery, storing water to use when electricity is needed. So the government (via Meridian Energy, if it cut Comalco loose the next time its power contract came up) could release the supply from Manapouri at a set low price by only opening the floodgates at night.

That would mean electric vehicles, including big commercial vehicles, could be recharged overnight at preferential low rates, all without crashing the daytime electricity market by flooding it with cheap power.

Five years ago, when electric vehicles were a novelty, this would have a been a crazy idea. But it seems a lot more sane now, given that - for example - companies like Daimler are ploughing $US3.2 billion ($NZ5.5b) into developing e-trucks over the next two years. Could the government throw the logistics industry a bone by subsiding e-truck imports (as they are with private vehicles), while guaranteeing them cheap energy courtesy of the Manapouri dam?

It may sound drastic, yet fundamentally that's the same kind of intervention countries like the US have always made with their aggressive foreign policy around oil. Essentially stimulating their economy by ensuring a cheap energy supply for business - all while keeping money in the pockets of their citizens by keeping prices down at the pump.

Maybe we should take a (Nissan) leaf out of their book?