Students who organised the school climate strikes are planning even larger collective action that they hope to involve the wider population in. 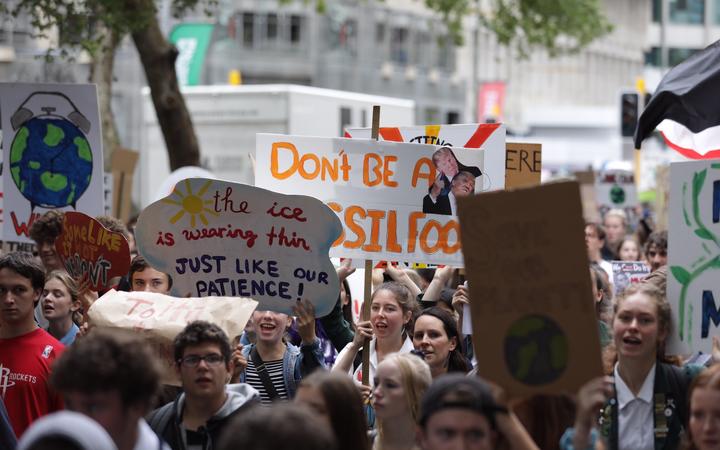 Globally, groups are getting ready for "Earth Strike" - a general strike of the population demanding for immediate climate action from governments and corporations - in September.

A general strike involves the majority of workers from a city, region or country taking industrial action.

Sophie Handford from School Strike 4 Climate said: "Climate change affects will not just affect young people, it affects us all. To recognise the significant threat it poses to all our futures, livelihoods and very existence we are calling on all New Zealanders to join us and stand in solidarity on 27th September for urgent action on the climate crisis."

The two school strikes for climate - in March and May - attracted about 17,000 people according to Ms Handford, and gathered national attention.

"We will be encouraging students to bring their parents along and for the general population to get involved as climate change is an issue which puts our collective future at risk.

"It's not just the work-force we're encouraging to join us, it's retired people, parents, grandparents, community members. This issue concerns all of us and our home."

School Strike 4 Climate was in contact with other groups to ensure the strike had the biggest impact possible, she said.

A spokesperson for climate action group 350 Aotearoa said: "Our team are committed to act as allies for School Strike 4 Climate NZ and will take lead from the students for the general strike.

"The key organisers for the strikes in Aotearoa will be School Strike 4 Climate ...[we] will work to support [it] and engage with our networks to engage non-students in the strikes." 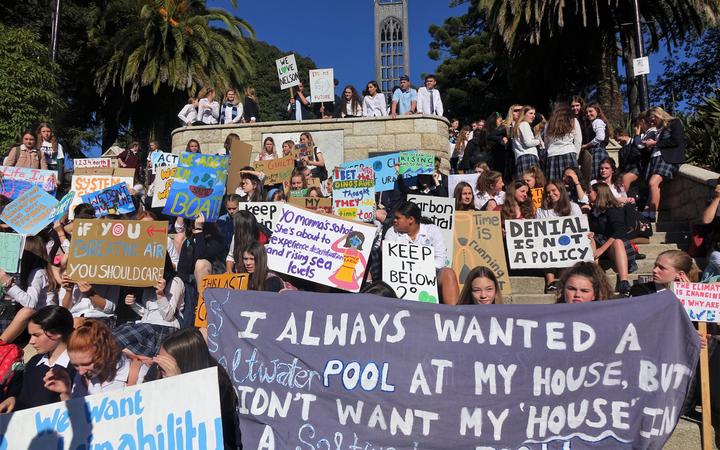 During the week of the strike a range of environmental action is planned.

"Because there is also an International strike on September 20th, communities across New Zealand will be organising actions throughout the week, leading up to Friday September 27th," Ms Handford said.

"We are leaving it open to different towns to work out what's going to be best for them. Some may decide to hold a tree planting event one day, do an in school event one day, a beach clean-up afters school the next."

Communities across the country would strike in their area, Ms Handford said.

"We have around 40 regional organisers and we are expecting this number to grow, as it [did] leading up to the climate strikes on both 15th March and 24th May."