How will declaring a climate change emergency help us? 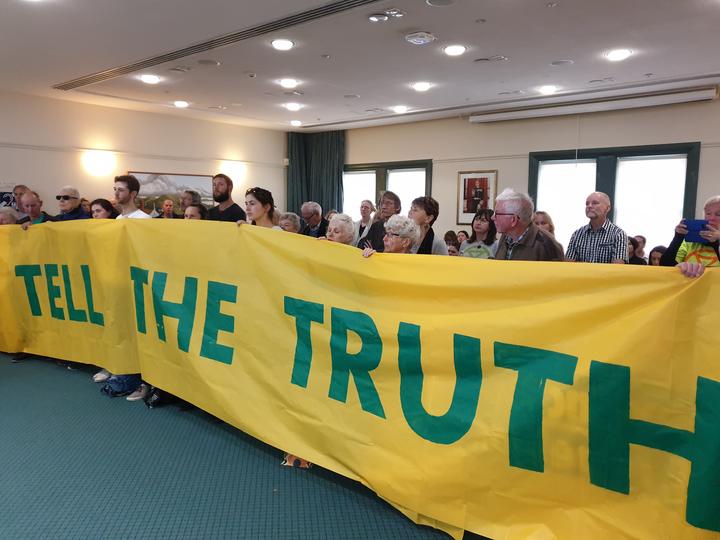 Local councils and governments around the world are declaring Climate Change Emergencies. So far 611 jurisdictions across 13 countries – including the whole of the UK – have made the move, affecting 78 million people. The declaration requires authorities to deal with greenhouse gas emissions rapidly and with urgency.

In New Zealand six local bodies have done so, and the biggest council in the country – Auckland – is the latest to join in.

However critics say in many cases those councils aren’t doing anything more than they’ve already been doing, and they’re not funding their decisions. The exception is Nelson, where $750,000 has been set aside, including money for a ‘climate champion’,

Greenpeace’s Gen Toop says there is a huge variation in the way the declaration is being interpreted. She says the move can’t simply be a re-branding exercise for councils, and must be followed up with action.

The way the declaration will work in Auckland is that every new project, every new report, and every decision made at the council will now be put through the lens of climate change – in terms of what the impact of the decision will be.

It will be similar to the way all decisions must include a Maori impact statement, but Hulse admits some of those have been “a bit ropey” at times.

“When you put a road in somewhere how do you have a Maori impact statement on that?” she asks.

“If we’re really honest, some of that has been a little bit average. With [climate change], we’re really going to need to really ramp up. It needs to go through a bit of a lens to understand what the impacts are. The challenge we’ve got is that we need to construct that lens.  So, what is the framework that we’re actually going to build so we can say it will impact either positively or negatively. That’s the bit that to my mind is still missing.”

Hulse says factoring in climate change in decision making is nothing new, “but the truth is, the pace is glacial. We really need to step up the pace to mitigate climate change, and change how we are in the world, but we also need people to take the narrative seriously. The fact is, our cliffs are crumbling, our sea is covering infrastructure and basically a house right on the beach front is no longer the thing that we thought it was. These are concerns that need to be dealt with right now.”

As part of the council’s Unitary plan it mapped risks from coastal erosion and flood plains, and Hulse says they took a lot of flak for that.

“People don’t want their house to be mapped as showing that it is at risk. But we also have to look to future generations and people buying properties that are at risk. We need to make it clear where your house is going to be impacted by climate change.”

Hulse says she not been known in her 27 year council career as someone who’s made grand gestures. “I’ve been at the more boring end of the political spectrum because I like to back myself with facts, figures, and how we’re going to do it. But this one just seemed that if we were going to move things to another level, the climate change emergency declaration required council to line up all our thinking, and all our policy.”