AAP FactCheck Investigation: Would New Zealanders earning between $50,000 and $70,000 be $3000 better off under National's proposed tax cuts? 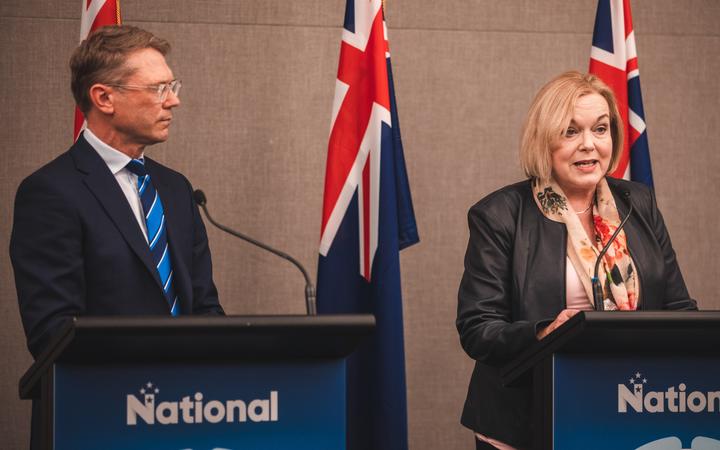 The National Party has proposed a "massive" stimulus package involving personal tax cuts as New Zealand battles its way out of the COVID-19-driven economic downturn.

National released the policy on September 18, claiming it would "put more than $3000 extra into the pockets of hard-working Kiwis on middle incomes" by lifting the thresholds on all three tax brackets for 16 months.

But the tax proposal has been criticised for benefiting high income earners the most.

AAP Factcheck examined Goldsmith's statement that people earning between $50,000 and $70,000 would be $3000 better off under National's proposed tax cuts.

But exactly how much a person benefits under the policy depends heavily on their income.

The National Party's website has a tool which allows users to enter their income to calculate how much they would benefit from the tax changes.

AAP Factcheck independently checked the results of the National Party tax calculator and found it was accurate.

National has previously stated the tax policy targets the average wage earner, at around $64,000 and the party's policy states "as a proportion of income, the largest benefit is for someone on the average income of $64,000".

Goldsmith's office said this figure was based on the most recent figures from the Stats NZ Quarterly Employment Survey, which shows the average income is $1,231.34 a week, or $64,206 a year.

A person earning this income would receive $3227 under the tax cuts.

However, Stats NZ's Household Labour Force Survey shows the median income for wage and salary earners was $1060 a week, or $55,271 a year.

A person on the median income would receive $1772 under the tax cuts.

The median is the point at which half of earners receive less and half receive more. Stats NZ says "greater emphasis has been put on medians, because extremely high or low incomes tend to have less influence on median amounts than they do on an average (mean) figure".

"It excludes business owners, the self-employed, and industries like farming and NZDF's military branches," she told AAP FactCheck.

"It also represents a pay week in the middle of each quarter, so can miss short-term jobs, while counting people with multiple jobs several times."

Honey recommended using the latest Household Economic Survey data which showed the average income for all those aged 15 and over was $47,048 and the median income was $33,280 (Table 3).

Using this measure, both those on the average and the median income would receive $560 under National's tax cuts.