National leader Judith Collins has gone on the offensive in Nelson, encouraged by a GreyPower crowd urging her to embrace her "Crusher" persona. 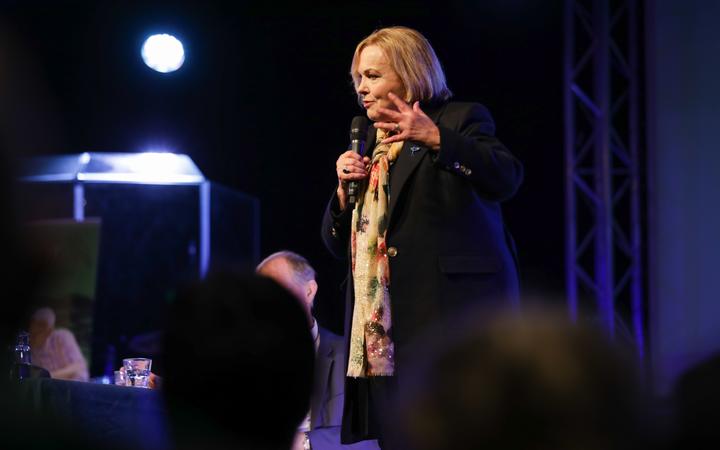 Collins visited the South Island city on Monday, the day after a Newshub Reid Research poll put her party below 30 percent support.

Speaking at a public meeting organised by GreyPower, Collins let loose on her Labour opponents, accusing them of a lack of business experience and economic nous.

"I don't think for a moment that these people know how many cents there are in a dollar. Except they do know that your dollar should be their dollar," Collins said.

National spent much of last week attempting to defend its fiscal plan after multiple errors were discovered in its calculations.

Collins told the crowd Labour's Grant Robertson was the "Minister for Misinformation" and his criticisms were a diversion from the fact he had not released his plan yet.

She also turned her attention to Jacinda Ardern's call to ban oil and gas exploration, describing it as one of many "tremendously stupid decisions" by the government.

"Do you think things have gone nuts? I think it's all gone crazy. This virtue-signalling all over the place," she said.

"I know you might love Miss Ardern, but actually, I'm all over her."

Following the speech, a member of the audience Jim Williamson jumped to his feet to thank Collins for "coming to the aid of the party" and to offer some advice.

"I don't know whether your PR team has told you to soften your image or something, but in some cases what we need is Crusher," Williamson said to loud cheers.

"Crusher needs to take on Gnasher!"

It was with a wry smile that Collins replied: "I'm often accused of being too nice." 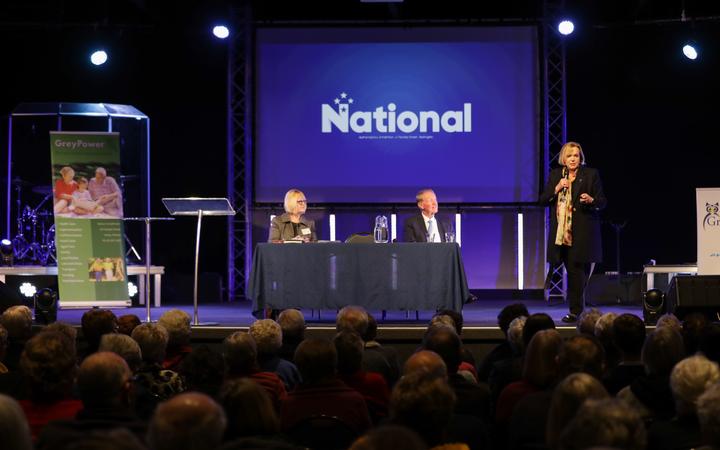 She then proceeded to grant Williamson's wish, unleashing in response to audience questions, tearing strips off Ardern at every chance.

Collins upbraided the prime minister for involving herself in the Ihumātao stoush: "Utter nonsense. Stupid behaviour... What the hell is going on there?"

She admonished Ardern for holding back her stance on recreational cannabis: "I suspect you may hear some more about it from me this week."

And she took aim at the government for not insisting people be tested for Covid-19 before returning to the country: "Weak. Weak decision-making!"

The barrage was not reserved for just the Labour Party either, with author Nicky Hager - not in attendance - also caught in the spray.

Queried about Hager's books The Hollow Men and Dirty Politics, in which Collins features, the National leader did little to hide her contempt.

"He is a dreadful man and what he wrote about me was disgraceful," Collins spat out.

"He still needs to meet his maker."

Speaking to reporters on Tuesday, Collins clarified her comment, saying she'd meant Hager would one day have to answer for his decisions.

"We're all going to die one day and we're going to have to justify our actions," she said.

"If you're a Christian, you do believe that."