A week on from National's campaign launch, the party is still battling a cascade of complaints about errors in its alternative budget. 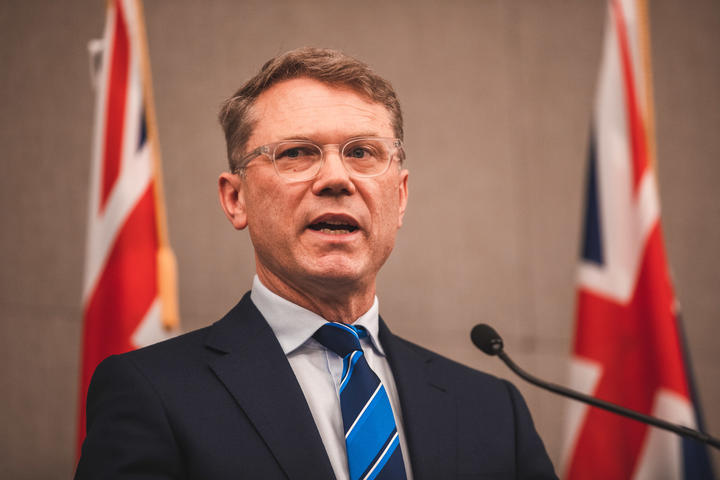 But such efforts have been hampered by allegations of still more short-comings.

Robertson has yet to release his party's fiscal plan but says it will do so before voting day.

The first mistake discovered in National's budget is the simplest to explain and not in dispute. In short, Goldsmith used some outdated figures when making his calculations.

A quick explainer: every year, the government funnels money into the NZ Super Fund. That cash is then invested with the aim of building a war chest to help pay people's pensions.

The former National government put contributions on hold when it was in power, and Goldsmith says he would do so again if elected.

When pulling together his alternative budget, Goldsmith calculated National would save $19.1b over the next decade by stopping Super Fund contributions.

But Goldsmith was using projections from the May Budget, not the September update.

Using the most up-to-date estimates, National would save just $14.8b by pausing contributions.

That meant National's costings were short $4.3b.

Goldsmith quickly copped to the error and said it was "irritating" but immaterial.

He said the shortfall would be made back by paying down debt slightly slower. National's costings have since been updated to reflect that.

The second mistake is effectively the same as above but applied to a different set of numbers.

Goldsmith again used the May figures instead of the September ones when calculating "capital allowance" - the money set aside for bricks and mortar, i.e. building, upgrading and maintaining hospitals, schools, prisons, etc.

As a result, National incorrectly banked an extra $88m. Goldsmith called it "a very small error" and it too has been fixed in the fiscal plan.

National's alternative budget includes another major discrepancy - it appears to raid money from a non-existent fund. Goldsmith disputes that this is an error.

The plan states National would empty the coffers of the NZ Upgrade Programme, freeing up $3.9b to spend on infrastructure.

But there is a wee problem - the NZ Upgrade Programme's coffers are already empty.

In May, the government shut down the scheme and rolled its leftover money into the general "capital allowance" - the previously-mentioned pool of cash used for building schools, etc.

National has also included that full "capital allowance" in its calculations, meaning its plan, as written, appears to double-count the $3.9b.

Goldsmith denies double-counting but acknowledges, contrary to what his written budget states, the $3.9b cannot come out of the defunct NZ Upgrade Programme.

Instead, he says, the money would be drawn from a different kitty altogether - the National Land Transport Fund (NLTF).

Goldsmith insists that was the plan all along, but he has been unable to explain why his published budget says otherwise. The document has not been updated.

Adding to the confusion, National's plan elsewhere shows it is already raiding the NLTF for $6.3b.

The NLTF - which is made up of fuel taxes and road user charges - pays for most of the government's transport projects, including road maintenance, public transport upgrades, etc.

Robertson says Goldsmith is clearly trying to cover up another mistake by plundering the NLTF. He says, as a result, communities will miss out on critical transport projects already planned, e.g. the capital's "Let's Get Wellington Moving" initiative.

Goldsmith has also faced questions over whether his plan should account for a lower tax-take resulting from the axed Super Fund contributions. He rejects this.

Every year the Super Fund pays tax to the government on its earnings.

A smaller Super Fund would likely mean lower earnings and so a smaller tax-take.

Modelling suggests it could be close to $2b over the next decade.

Goldsmith admits he did not take that into account in his budget, but says that's because the numbers discussed are completely speculative.

He says no political party would adjust their plans for the "second and third order consequences" of policy decisions.

Enough in the kitty?

The final dispute centres on more traditional ground - is there enough money in the kitty to cover the day-to-day cost pressures due to inflation and population growth?

National has committed $1.8b in new spending for the next Budget, but about $1b of that has already been allocated on campaign promises.

Page 19 of National's plan shows it has $814m left over to cover increasing costs in health, education, etc.

Labour says that stretches credulity and will result in massive cuts to essential services.

Over the past six years, governments have dished out an average $767m a year on new spending for district health boards alone. New funding for primary and secondary schools over the same time averaged $312m a year. Disability Support received an average $97m extra each year.

Robertson says it is irresponsible to leave so little headroom.

Goldsmith disputes that. He says the population is unlikely to grow much this year due to the closed border and so cost pressures won't be as great.

He also claims National will be "more careful" with taxpayers' money than Labour.