The National Party officially launched its election campaign today, but it was hindered by a $4 billion hole in its flagship economic policy. 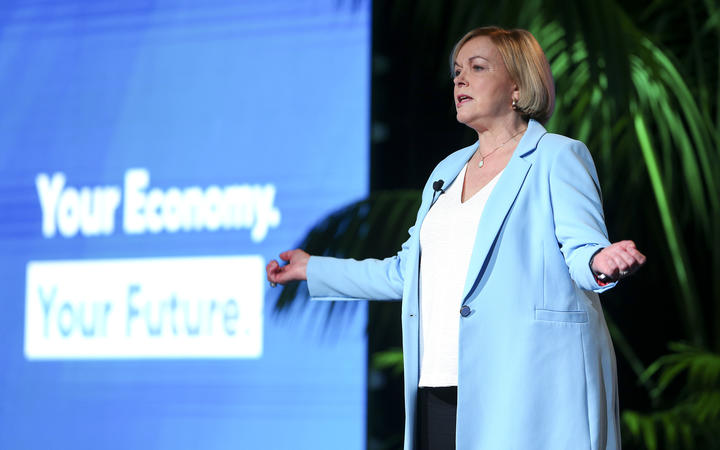 The party's finance spokesperson Paul Goldsmith was forced to concede his numbers did not add up after Labour revealed the significant gap in its costings.

"This is an irritating mistake. We missed it, and our external checker missed it as well, and that's a mistake that we made," he says.

Now the party will instead borrow the missing billions, which Goldsmith argues is still far less than what Labour is borrowing.

National Party leader Judith Collins told media after the launch it was inconsequential in the scheme of things.

"It's actually entirely inconsequential, when we talk about this I think it's always best to remember 100,000 houses for Kiwibuild.

"Child poverty - children being told material hardship for children would go down significantly, it's gone up by 4000 children in three years.

"I think people understand that an error was made and it was owned up to and actually I've got no problem with that," she said. 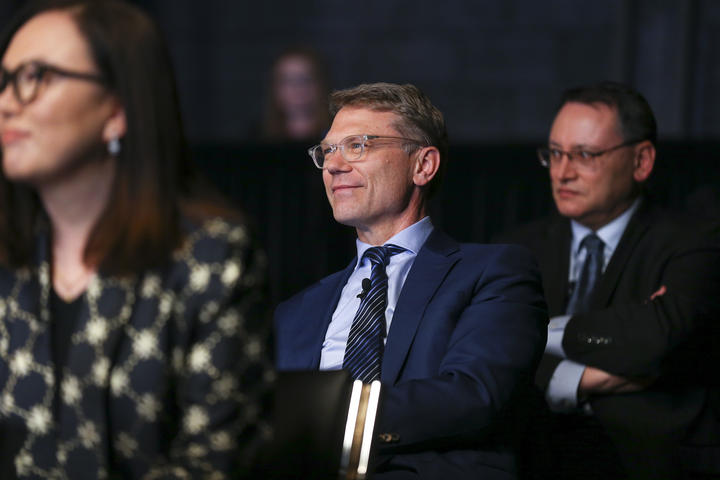 The error means National's intention to bring debt down to 35 percent of GDP by 2034 will now be revised to 36 percent.

Collins said that was nothing compared to the 48 percent Labour had committed to.

Goldsmith has apologised to Collins but she said she did not need to have words with him because he was a "perfectionist" and felt terrible about the error.

"Goldie is feeling very bad on it and he no doubt told you so."

Labour is calling the gaffe an "extremely basic error" that calls into question National's abilities as potential leaders of the country.

Finance spokesperson Grant Robertson says the Pre-election Economic and Fiscal Update - the government's accounting of its books before New Zealanders go to the polls - showed just under $15 billion would become available by cancelling Super Fund contributions for the next decade, not the $19 billion National claimed.

That leaves National with $4 billion less to draw from to balance planned spending with their promised $4.7 billion worth of tax cuts.

Robertson says the mistake was easy to find and threw doubt on the opposition party's competency. 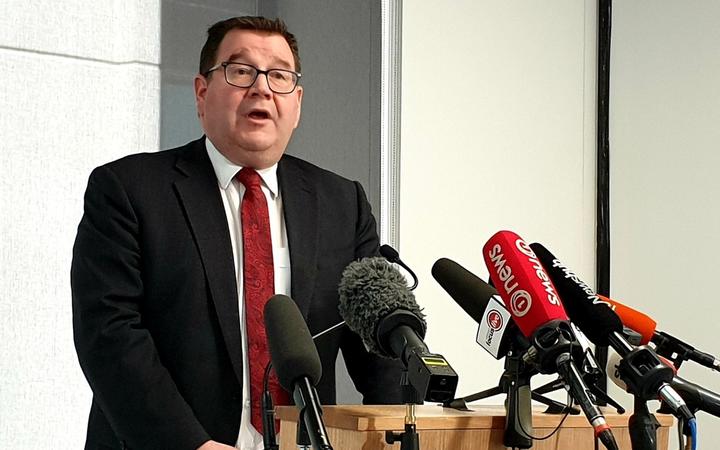 "It cuts to whether or not National are able to put forward an economic plan that New Zealanders can believe. I believe this plan is irresponsible and unaffordable, we've now seen a specific example of that.

"This does go to credibility. It's a mistake clearly that's been made here. And quite clearly there aren't people now involved in putting together this material for National who have been involved in budgets before."

Robertson questioned whether there are other mistakes in National's policy, and says it's not the time for policy made up on the fly that does not add up.

He suggests National show the spreadsheets behind its workings and issue a new plan.

It was a virtual launch at Avalon Studios in Lower Hutt today because of Covid-19 restrictions, with only 100 people socially distanced allowed to attend.

MPs and supporters watched and contributed to the livestream. Some had prepared their audiences well for the lines they wanted delivered - others not so much. 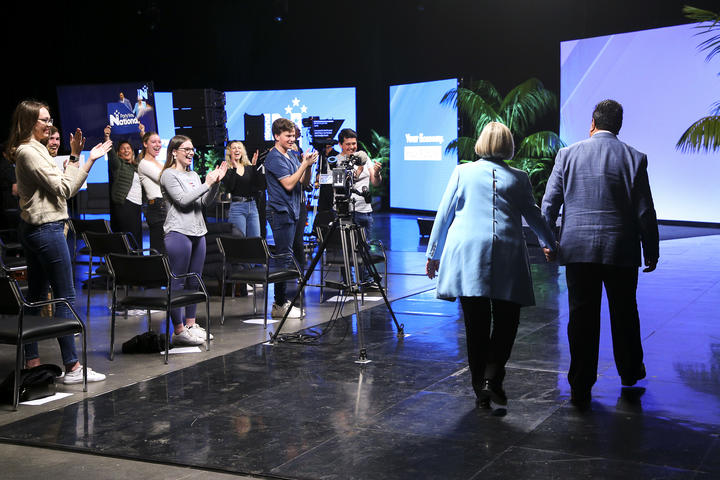 In New Plymouth, it was clear MPs Jonathan Young, Barbara Kuriger and Harete Hipango had written their scripts on the back of their hand-held placards, which they regularly referred to during their brief televised slot.

Collins was the keynote speaker at the event - hosted by outgoing North Shore MP Maggie Barry - and used her speech to talk about what her party was promising and what Labour had failed to deliver.

"You will not find a National government wasting taxpayers' money on expensive failures like KiwiBuild, light rail and a pet Green School," she says

"And there's more to come."

She is rolling out a new policy announcement tomorrow and says there will be more throughout the week.

"Everyone knows it's going to be tough, I just love coming from behind and getting through there. 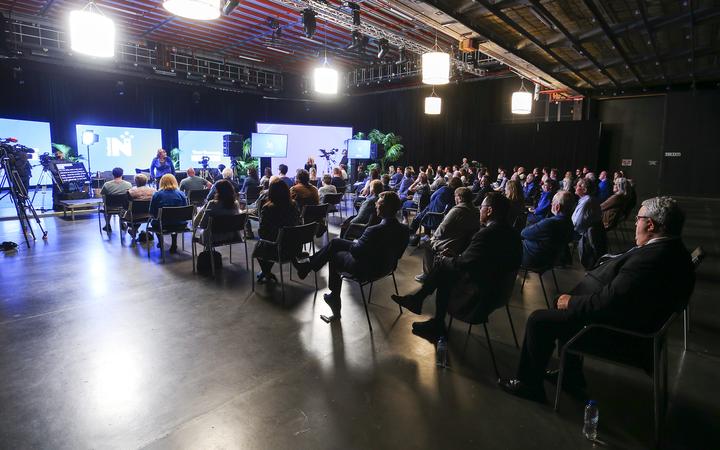 "I just think people need to be really positive about the fact we have a plan for New Zealand and for the economy and the current people seem to have no plan except sitting around saying they want to take more money off people," she told media afterwards.

While new policy is on the way there was none in sight at the launch.

Collins told media there was never any intention to have any.

"When you've got such an enormous policy announcement like we had on Friday, why wouldn't we want to talk about that, and just talk again about some of the big infrastructure projects because we announced those quite some weeks ago now,'' she said.

That announcement on Friday was short-term tax cuts, worth $4.7 billion, along with changes to tax thresholds and tax incentives for investments over $150,000.

It is the same announcement that resulted in the $4bn hole Labour will no doubt use extensively against National as an example showing why it cannot be trusted with the books.