The economy may have just taken a turn for the worst but some small businesses are cautiously optimistic about the future. 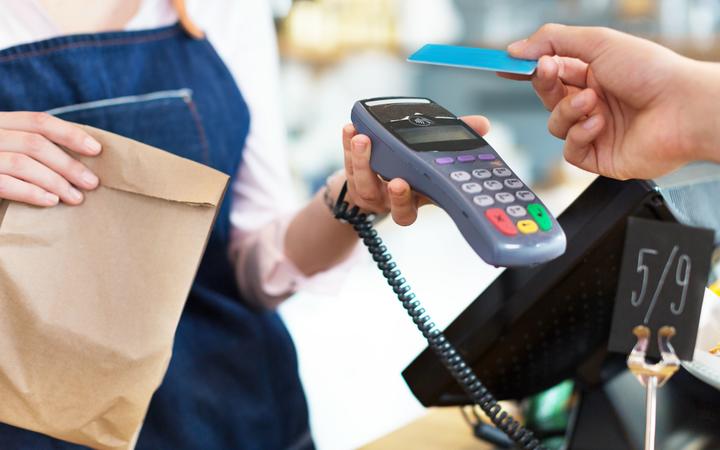 New Zealand is now officially in its first recession in a decade - GDP falling to 12.2 percent for the three months to June. It was the biggest fall since the current system of measuring data was introduced in 1987.

It's just another chapter in the Covid-19 saga for businesses around the country - already anxiously waiting to hear if they'll be shifting to alert level 1 next week.

While some businesses say only time will tell how tough things may get, for now they are getting on with it.

Director of Speedprint in Dunedin, Glyn Burrows, said the GDP drop was "not going to be flash for anybody".

He had his concerns: "Printing is one of those industries that gets hit. When there's a downturn, people don't print. It dries up quite considerably."

While the past few months hadn't been as bad as he had expected - and he remained positive - he felt there was worse to come.

"We're not going out of business any time soon, but we're going to struggle probably for a couple of years at least."

Owner of Vanguard Specialty Coffee in Dunedin, Jason Moore, said despite the GDP figures, he was optimistic.

"It's certainly forced me, during the whole lockdown, to look at our business as a whole and find ways of doing better and I think the way out of this is positive growth and positive change and not putting our head in the sand and wringing our hands about what the heck we're going to do about it, we've just got to get on."

Jodi Walker at Indeja on Cuba Street in Wellington - which has been selling goods from earrings to clothes to incense for 20 years - said the recession was making things harder.

Walker said they felt the impact of Covid-19 as soon as it hit - their business relying on cruise ships visiting the capital.

"We rely a lot on tourists and people coming in so the fact we have gone into recession has not helped us at all."

Indeja didn't have an online business but was in the process of setting that up.

"We are already taking it day-to-day. We are still trying to map out the future for Indeja and see where it's going to go.

"We are starting to look at local businesses and see how we can support each other because I think that's where it needs to go now is helping each other out."

Some industries have been hit harder than other, and that has been reflected in the figures.

"Other industries, like food and beverage manufacturing, were essential services and fell much less."

Meanwhile, construction declined by 25.8 percent, and manufacturing fell by 13.0 percent.

Finance Minister Grant Robertson is positive though - he said going hard and early meant the country could come back faster and stronger.

"Economists expect the current September quarter to show a record jump back to growth in the economy."

Software company Xero data shows small businesses suffered huge losses in April, but have made "positive strides" in revenue growth since then.

In April, the firms experienced a 38 percent decline in revenue on average, but from June through to August have had positive year-on-year revenue.

"Huge kudos to them, showing massive amount of resilience and tenacity to be able to get through this," Xero managing director Craig Hudson said. "Going back into into their core business model and trying to figure out ways to do things better."

Xero has just over half of the country's small businesses as clients, the company says.

Revenue figures don't include the wage subsidy, Hudson said, and the job situation is uncertain as the subsidy comes to an end. "But if revenues are up you're more likely to hold on to staff."

The sector doing the best was manufacturing, up 13 percent on average last month, and though hospitality was hard hit, it had a slight bounce last month.

"For Auckland though, going back into level 3 lockdown, I'm really feeling for CBD businesses - wherever they are - people are working from home, and they're relying on foot traffic and people coming into the office to go to work. We need to figure out how we can pull people back into CBDs."

Hudson said having many channels to get products to customers was imperative now, and businesses have performed better if they're digitally enabled.