Leaders from the country's political parties are making their voices heard over the latest GDP figures which show the biggest drop in living memory.

"It is now official that we are in the deepest recession in living memory and it's proof that New Zealand needs a National-led government now that has a very clear plan," National leader Judith Collins said.

She says it compares very unfavourably with the 7 percent drop seen in Australia.

The party's finance spokesperson Paul Goldsmith said the consequences would last for many many years to come.

"It just stands to reason if you are shutting down a bigger slice of the economy it's going to increase the pain. We can go over the entrails of the past, what really matters is the future.

"We need a really strong economic plan to get back on our feet and to restore our prosperity."

The party is set to release its fiscal plan tomorrow, which he said would include job creation, business investment and quality infrastructure to improve productivity.

Labour: 'Good growth in apprentices, in trainees ... we are investing in infrastructure'

Labour leader Jacinda Ardern pointed to her own party's plans to invest in infrastructure, particularly the free trades training.

"Some of the significant blows that we've experienced around GDP do relate to the very thing that's also given us economic freedom and the opening up of our economy and that was our borders.

"Yes we have seen that we've lost international tourism, that will have an impact but at the same time we have had prolonged periods of economic activity, including construction all the way through level 3."

She minimised the effect of shutting down construction during alert level 4.

"Over this entire period, seven months or so worth we only really had a period of six weeks where that wasn't happening. Then of course the level three restrictions - people were back on site, back on the job.

"What we're seeing is that actually we're seeing good growth in apprentices, in trainees, in areas where we want to grow the number of people on the job because we are investing in infrastructure projects that require people with those skills."

She seemed positive about the comparisons between New Zealand and Australia.

"I'm happy with that comparison to be made because in a number of areas, we are faring very very well, and that's in spite of the fact that actually international tourism is worth twice as much to us as it is to Australia."

"It's actually about the rebound ... I think we're already seeing we were able to open up a lot more quickly, we're seeing activity picking up even with some of the more recent restrictions.

"Compared to Australia, we are in a much better position."

Finance spokesperson Grant Robertson said he backed the Labour approach, using some of the findings from the Prefu fiscal update released yesterday.

They both brought the focus back to health.

"It is much worse than the circumstance in Australia, as I believed it would be, even though others were saying something else just a week ago.

"Here we are in what they say is a recession - it's more than that. We're going to take a lot of smart and clever decision making to get out of this mess."

ACT: 'The worst of all worlds'

ACT leader David Seymour said a relentless focus on growth was what was needed, not more tax and spending. 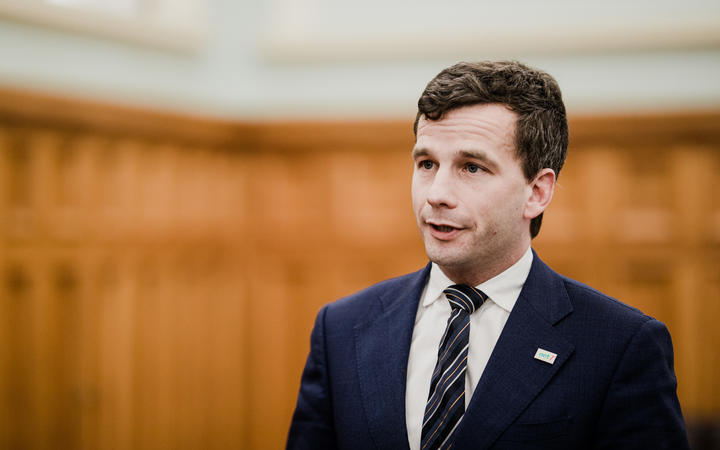 "We have the worst of all worlds - economy falling of a cliff and a mountain of debt that's being used to palliate the economic situation but has clearly failed.

He said fiscal stimulus in recessions in the last two decades had proved "self-defeating".

"Are you saying that actually government spending money now is going to smooth out economic pain? I'm not so sure it will because every time the government borrows and spends, people price in the expectation of more taxes or higher inflation in the future.

"It's probably true to some extent but it's not as black and white as people are making out."

He said that although wellbeing was important, and things other than GDP should be measured, growth was still a useful measure and could not be ignored.

"GDP is a measure of the value of what's bought and sold in a given year, that's all it is that's all it's ever been. Of course there's other things you should measure but it's the most useful indicator. It tells us how many pharmaceuticals can be bought, it gives you an indication of whether or not people going into work each day are producing more than they produced last year, that's pretty useful.

"This economic drop is greater than comparable countries who've taken a different approach ... the government if anything, if it's serious about wellbeing, it should have considered a wider range of issues as it went into this crisis."

He said he was not focused on the Treasury printing error.

"I've had a phone call from Caralee McLeish apologising for that, that it's an honest mistake printing the wrong iteration of a document. I don't think that beating up on the treasury at the present point in time is really what New Zealanders need."

Greens: 'We actually need to pull every lever'

Green Party co-leader James Shaw said recession would mean more hardship, and what was needed was a social safety net "that's worth the name on it".

"It's obviously a very significant drop and of course translating that into real people's lives you are going to see an increasing number of families in hardship." 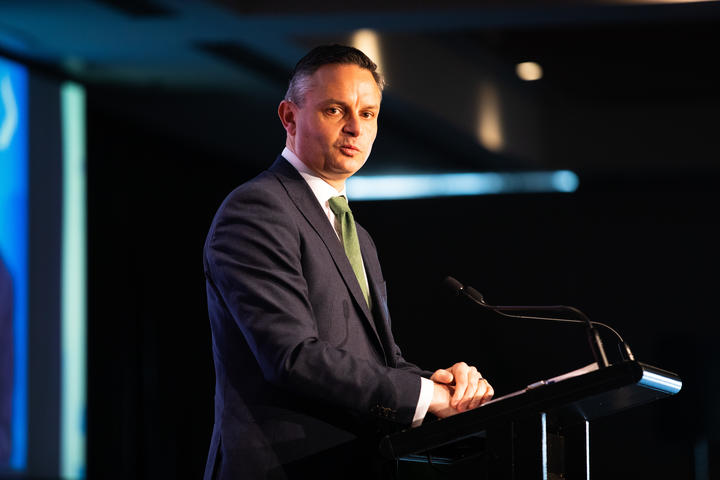 He pointed to the jobs for nature programme as an example of where the party was leveraging the government books to keep people in their jobs.

"That isn't going to be able to help everybody so I would argue that we actually need to pull every lever, not just one or two."

He argued Seymour's suggestions would simply lead to worse outcomes.

"If we actually do as David is arguing and essentially cut costs, reduce the amount of money going into the economy, the scale and depth of the recession would be far worse than it is."

"I think our social safety net is going to be under tremendous strain ... we are going into this election campaign with a proposal for a guaranteed minimum income paid for through a tax on the people who are actually doing okay out of the stimulus spend, i.e. the asset owners.

"We obviously also want to continue to invest in primarily in infrastructure and housing ... all of those areas we have seen significant deficits build up in the last 30 years."