The National Party has pledged to prioritise the rebuild of Nelson Hospital on its current site, if elected, with construction to begin in 2024. 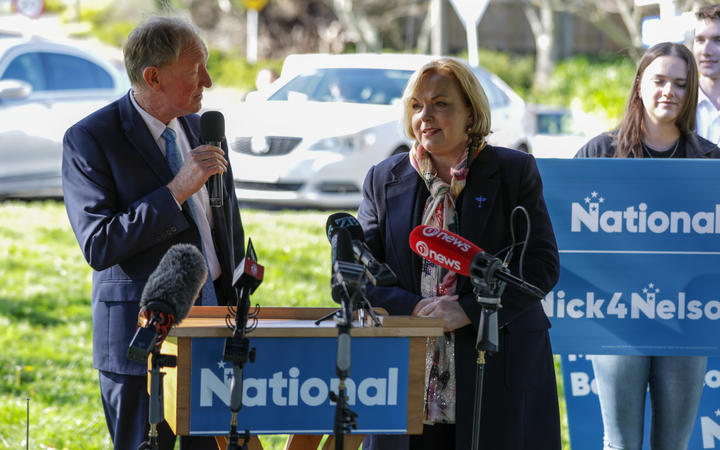 Party leader Judith Collins made the announcement in Nelson today alongside the local MP Nick Smith.

"It is very important that we put a stake in the ground and that we have a good timeline here for Nelson Hospital," Collins said. "We've seen nothing from the government on this."

Addressing supporters outside the hospital, Dr Smith said the earthquake-prone buildings were in dire need of replacement.

"These buildings are not fit for purpose for modern medical practice," he said.

Dr Smith said National would begin community consultation next year and detailed planning the year after. Construction would begin in 2024 and continue through to 2027.

The local DHB is required by law to carry out seismic work on the hospital by 2028.

Labour's Nelson candidate Rachel Boyack questioned how National would pay for the upgrade.

"After nine years of neglect and underfunding by National, Labour has made record investments in capital infrastructure in Health," she said.

"I struggle to see how they will achieve their health promises with irresponsible tax cuts and an economic plan that doesn't add up. They haven't even costed their Nelson Hospital announcement. Where is the money?"

"Nelson needs significant investment in health, including a new hospital, and the surest way we will get this is by re-electing a Labour government with a new Nelson Labour MP who will be a strong, positive, voice inside a Jacinda Ardern-led Labour government.