Tenants are bracing themselves for a hike in living costs when a freeze on rent increases comes to an end next week.

This is after the Commerce Commission had to warn property investors they could be at risk of cartel-like behaviour after discussing raising rents, en masse, the day after the freeze ends.

The government announced a six-month freeze of rent increases on 26 March, it was a measure put in place to protect tenants during the Covid-19 pandemic.

However, some tenants have been served early notices, in anticipation of the freeze ending.

Zoe*, who rents a one-bedroom studio in Wellington, is one of them.

She recently lost her job through Covid-19 and is also partially sighted.

Her disability benefit, which is her entire weekly income, is $500.

With the renewal of her lease in August, a notice also came that her rent would jump by $40 a week, starting from the day the rent freeze ends - 25 September.

"I was devastated, obviously, because $330 is already a lot, and it was on the precipice of me not being able to pay even that."

She responded to the notice, asking that the landlord reconsider, given her personal situation as well as the state of the unit, which is damp and mouldy.

No work has been done on the property, during the time she's lived there, she said.

The property management company replied, saying they were sorry to hear about her circumstances, but that the landlord needed a better return on his property.

They then asked whether she had tried running a dehumidifier "constantly".

Because of her disability, Zoe needs housing that is appropriate for her needs and can accommodate her guide dog.

She looked for other places in Wellington, but nothing was suitable.

So, she's been forced to accept the increase.

"It's kind of evil, honestly and it's very cynical that they've done it as soon as they possibly could." 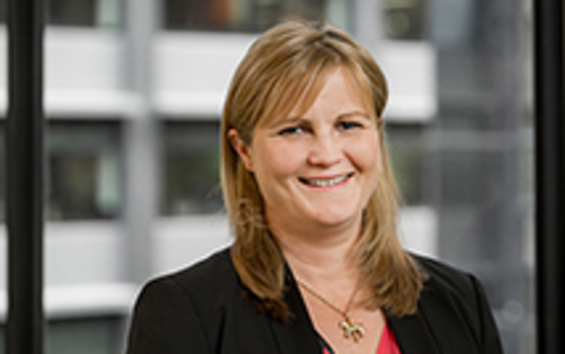 There were discussions about the whole industry upping rents the day after the rent freeze ends, on 26 September.

The Commission's chair Anna Rawlings said the investors were at risk of breaching the Commerce Act, and advisory letters were sent to representatives in the industry.

"Landlords need to be aware that they can be in competition with one another for the supply of rental properties and they can be carrying out a business in supply for properties.

"As a result, they are subject to the provisions of competition law and consumer protection laws. They should make sure they're aware of their obligations and ensure they comply with them," she said.

'A general discussion' among landlords

Sharon Cullwick, who is the executive officer of the Property Investors Federation, received one of those letters.

Investors were discussing the possibilities on Facebook, she said, and she's urging them to heed the letters.

"I think it was a general discussion that the Commerce Commission picked up on. I don't think it was anything specific. But it really is a warning to us that they are looking at what property investors are doing."

She guessed as well that the Commission doesn't want rents going up in the Covid-19 climate.

Tenants could expect to see rent notices appearing in the next couple of months, Cullwick said.

"What we've heard is there are quite a few landlords giving rent increases but some of these are because when the legislation came in, we couldn't raise the rents at that time, and it put a delay on that."

Helen O'Sullivan is the chief executive from Crockers Property Management, which manages a large portfolio properties, including many central Auckland apartments.

She isn't seeing many rent increase notices and doesn't expect to.

"Landlords are recognising that having a quality tenant that can pay the bills at the moment is very much the best way to maximise your income stream."

It takes quite a few weeks of an extra $20 or $30 a week to make up for three weeks, if you're place is left empty, O'Sullivan said.

"Maintaining your tenants is really the best way to maintain income for landlords at the moment."

She's urging landlords to keep good tenants on if they can.

'It points to a massive system problem' - Marama Davidson

Asked about concerns raised around rent rises, Labour leader Jacinda Ardern said: "Some of our residential tenancy reform has included restricting the number of rent increases to one every 12 months. That's legislation we brought forward in order to try and deal with any potential ongoing rent increases on a repetitive basis that otherwise under normal circumstances a tenant would have experienced".

Labour had not considered a cap on how much rents could rise by each time, Ardern said.

"I think the Commerce Commission is keeping an eye on whether or not they are seeing behaviour here that would not be in keeping with legislative obligations... my message would be we are still needing to look after our team of five million.

"We do still want our landlords making sure they have long-term tenants that are able to sustain their rents in a really difficult environment. So I would ask that there be a level of fair-mindedness here."

National Party leader Judith Collins said people would be upset by planned rent rises, and they should be.

Asked if there needed to be more regulation of landlords and property managers, Collins said: "Well I think what we're seeing is the more regulation there is, the more rents go up. So what we've got to do is we've got to get more houses built, more people wanting to be landlords, and get out there and say look, be good landlords because otherwise people in the media ... will expose it."

Green Party co-leader Marama Davidson said: "It points to a massive system problem that we've got of unaffordable rents and landlords, property managers, being able to exploit in a very cruel way, people who pay rent, people who are really struggling and living with that day-to-day stress. 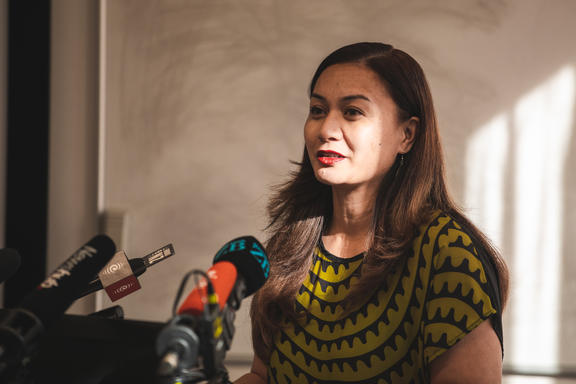 "It's quite frankly wrong and it's going to be affecting a lot of people given almost half of New Zealanders rent. But that's actually going to be quite a lot higher for Māori and Pacific and low income people."

The party wanted property managers to be licensed alongside real estate agents and landlords to be registered with the Ministry of Housing and Urban Development.

That would allow for better monitoring, standards and regulation to discourage exploitative behaviour, Davidson said.

"We'd really like to see at least a framework for allowing accountability [of] landlords and property managers."

That would stop a "wild west approach" to people living in rentals, she said.

Long-term solutions would include creating a non-profit rental sector led by community providers, iwi and Pacific providers, as well as councils.

"We also know that progressive home ownership is going to be even more important for people who want to choose to not be in that insecure rent trap... we've also committed to clearing the... social housing register within five years," Davidson said.

"We really have to get to the systemic issue at hand which is we have a lack of supply of affordable rental properties."