A Rotorua doctor says if there was one thing she could change to improve health in the district it would be warm, dry housing. 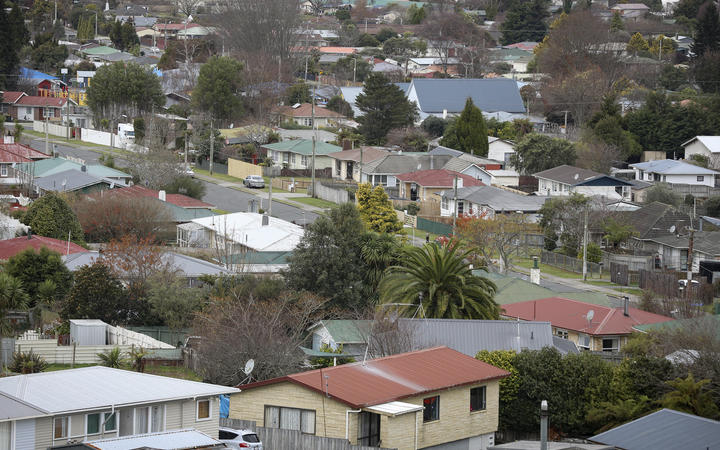 Her comments come as an assessment of Rotorua homes over the past three years reveals 20 percent are in a "seriously bad", unacceptable or "barely acceptable" condition and will be presented to the Rotorua Lakes Council at an Operations and Monitoring Committee meeting on Thursday.

However, 62.5 percent are in good condition, and a further 12 percent in "excellent" condition. 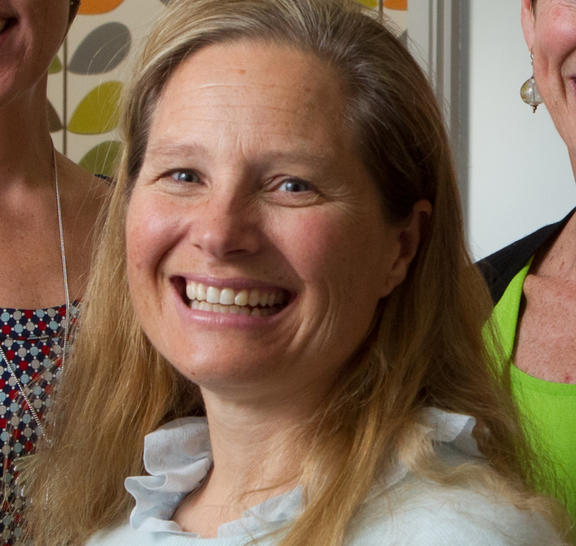 "No other single intervention will have as much of an impact as improving housing.

"If I would change one thing [to improve people's health] it would be housing - it's huge."

She said poor housing made people "vulnerable and sick" and exacerbated chronic conditions such as asthma, emphysema, diabetes and heart conditions.

A healthy home was warm, lacked mould and had adequate ventilation, she said.

The data comes from an annual independent report supported by the Rotorua Lakes Council and the Bay of Plenty Regional Council. 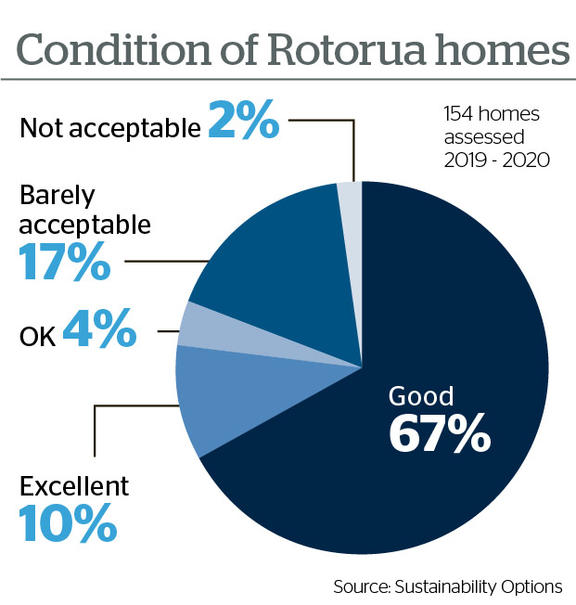 Undertaken by Sustainability Options, the Rotorua Home Performance Advisory Service Annual Report stated it assessed 154 homes in the year to July 2020. The organisation also provided cumulative data on the 490 homes it had assessed since 2017.

The homes assessed in 2019 - 2020 had been referred by the government's Healthy Homes Initiatives, self-referral and other organisations such as Te Puni Kokiri.

It covered a "great spread across the district", the report said. The areas with the most assessments were Western Heights and Koutu with 15 each, followed by Owhata on 11.

The houses ranged in age from 1920s builds to the 2000s, with 1960s builds most common, and most - 62 percent - were three-bedroom, with an occupancy range of zero people to fifteen.

The home with the highest number of bedrooms was six. 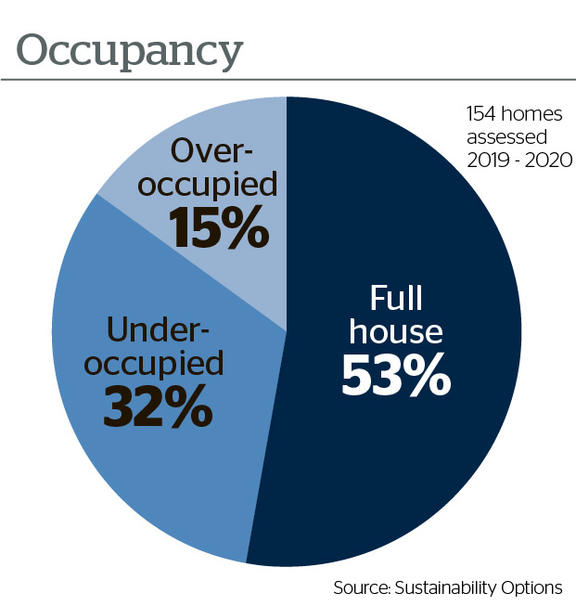 "The majority of homes - 67 percent - were in reasonable condition," the report said, "10 percent were in excellent condition."

Two percent were not acceptable, requiring "significant work" and 15 percent "barely acceptable", requiring a range of recommendations to be implemented. 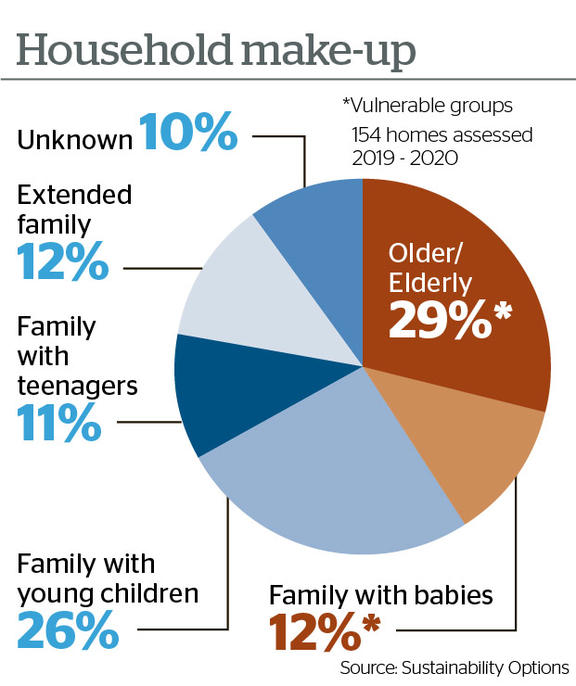 Forty percent of the homes assessed had "vulnerable" occupants - babies and the elderly - while a further 26 percent had "at-risk" occupants - young children.

Many of the occupants - 72 percent - were considered to be low-income households, and 2 percent were high-income. Income was estimated based on discussions with families and their community services card status.

The most common actions for homes' exteriors recommended to households was work on their ground vapour barrier, the report said. That made up 54 percent of recommendations.

The most common recommended action for the interior of homes was draught-proofing at 52 percent, closely followed by bathroom ventilation at 48 percent.

Thirty-seven percent of the homes did not have adequate heating, and 33 percent had mould. 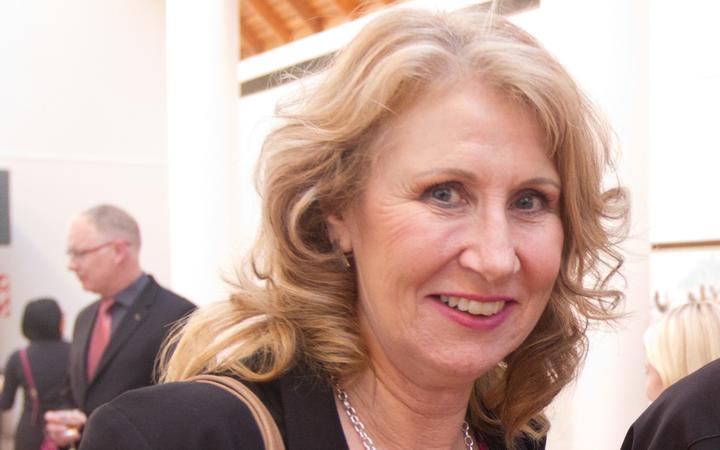 "Low price shoddy rentals have disappeared. That's why rents have gone up in Rotorua."

She said the condition of rental homes in Rotorua was "definitely on the up" because legislation had forced "bad landlords to up their game".

She said homes found to be in bad condition had "slipped through" and could be owner-occupied.