At least two breeding pairs are believed to be among a population of kiwi newly found in the Coromandel. 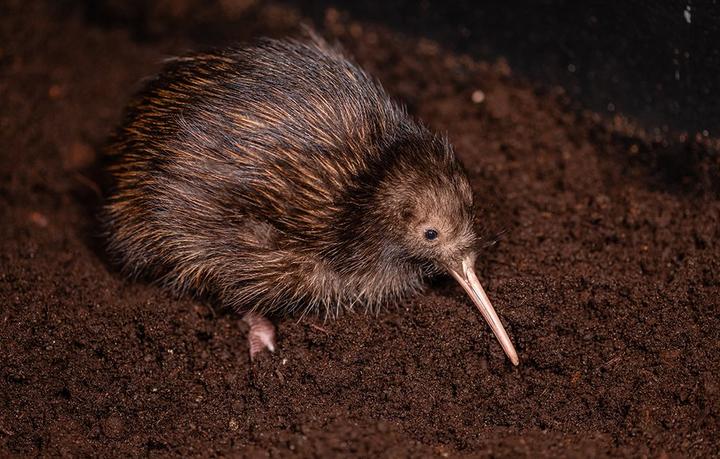 As many as seven Coromandel brown kiwi were recorded by conservationists who camped out at Matarangi's Rings Beach reserve.

The volunteers recorded noises made by the kiwi for two hours over three nights to get a reliable set of data.

"Kiwi themselves are incredibly secretive birds so being able to hear them but not see them is true to their character really. For pairs when they call to each other like that it usually means that the male is holding a territory and the female is residing in that territory with them."

Locals had suspected for years the Rings Beach Wetland was home to kiwi, but this was the first time a formal kiwi calling survey was carried out.

Ring's Beach Wetland Group secretary Dave Fitzgerald said the presence of the Coromandel browns was a credit to local conservationists.

"It's really exciting for us. All the hard work that's been put in for the last 15 years in that Wetland area, entirely by volunteers, we have got significant areas of the wetland trapped out for stoats and rats and possums and this shows the results are paying off."

About 70 percent of the wetland is trapped, but Paula Williams saidmore would need to be laid out to ensure the safety of the new population.

"It feels like we have been walking in mud for so long just to maintain a position of making sure the kiwi population doesn't decline any further and it actually feels now that we are sort of on a sprint. It feels like we have this exponential growth happening. It is a really exciting time to be part of kiwi conservation."

Motion sensor cameras will now be put up in the reserve to try and capture images of the kiwi.

It is hoped ongoing monitoring will confirm the kiwi are living in the reserve, rather than just passing through.