A truckie who jumped down from his cab to rescue a kiwi from the jaws of a stoat in a remote part of north Taranaki last year has taken the encounter full circle. 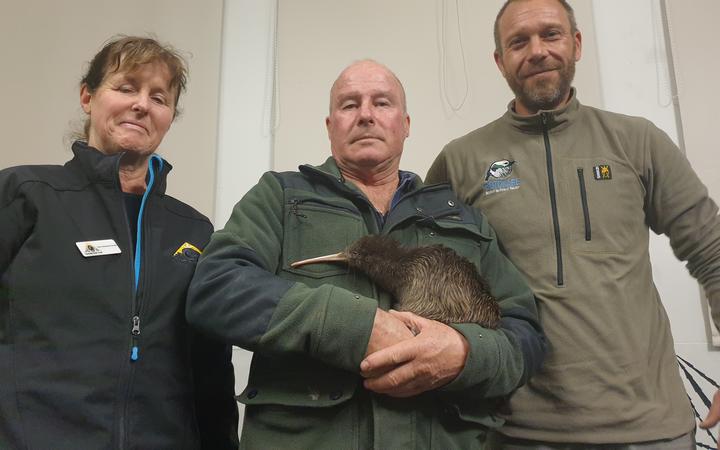 Alan Pennington was briefly reunited with the bird he named Papa last night, before releasing the recuperated Western North Island brown kiwi into the Rotokare Scenic Reserve near Eltham.

A quarry driver, Pennington was carting rocks on Waitaanga Road inland from Mt Messenger in October when a kerfuffle in a culvert beside the road caught his eye.

"At a second glance I recognised it was a kiwi from the beak and the stoat had it by the neck and it was trying to drag it up the papa bluff a little bit.

"So I put the breaks on and jumped out of the truck and went over there and put my boot on the stoat and he released the kiwi and I grabbed the kiwi. And then I just kicked the stoat. He waddled off into the undergrowth."

Pennington then took the juvenile kiwi under his wing - but not before the stoat tried to fight him off - biting his boot.

"I took the kiwi back to the truck, climbed into the truck and got an old towel and I wrapped him up in the towel because I wanted to keep him calm and keep him in a safe, dark place.

"And I got home and put him in a cat cage with some shavings covered him up again and then I called the hotline for DOC and they came out to Waitara and the rest of the story is here we are and we're going to release him today."

Papa, who was named after the mud it was found fighting for its life in, weighed only about 500 grams when it was rescued and had been severely shaken up.

Department of Conservation staff took the kiwi to Wildbase at Massey where it was treated before recovering in a sanctuary at Wairakei near Taupō.

"It had lacerations on it's neck obviously from the stoat and it wasn't in very good condition.

"The fact that Alan actually kicked the stoat off the bird [made a difference]. Stoats are pretty precocious, it would've just kept on going being really tenacious and killed it if he hadn't come along."

Simon Collins from the Rotokare Scenic Reserve brought the kiwi back to the Taranaki sanctuary. 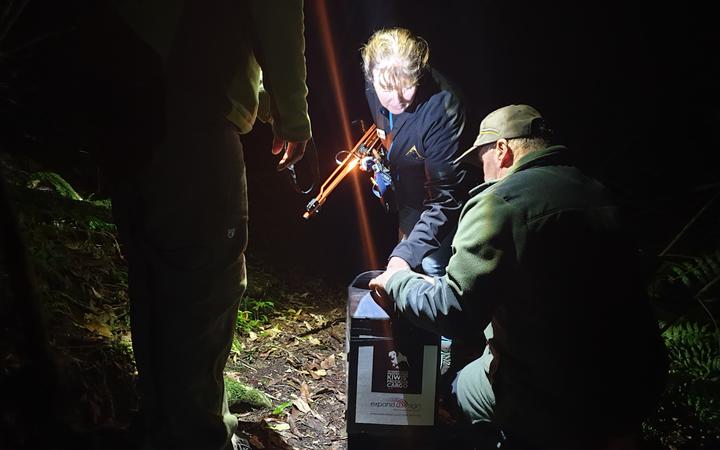 Papa the kiwi about to be released by Alan Pennington. Photo: RNZ / Robin Martin

Now weighing in at about 1.2 kilos, he described Papa as one feisty bird.

"Having known the story of when Alan the hero truck driver met Papa and Papa was scrapping with a stoat obviously it had a pretty keen will to live.

"And Papa gave us the run-around for a good three, three-and-a-half hours today. Took us through some interesting habitat and fought all the way until we did manage to finally catch him to relocate him."

Collins said he had the scratches to prove it.

"I've got a few war wounds and I've just picked up another one this evening pulling him out of the box. He's drawn more blood. It's fantastic so look this is a tough bird." 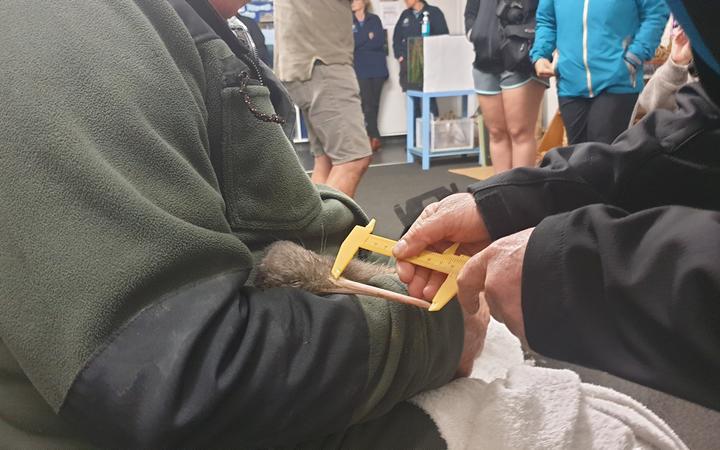 After being fitted with a transmitter Papa - who was yet to be sexed - was carried out into the bush where Pennington was able to place the kiwi in a burrow especially made for it.

He couldn't think of a better ending to their tale.

"It's good to see him go back to the natural wild and he can start fending for himself. Get out there in the wild and get his own tucker and make himself a home."

Pennington was feeling good about jumping out of his truck in October.

"That's one saved kiwi and that's the way it should be."

The Rotokare Scenic Reserve Trust in collaboration with the Taranaki Kiwi Trust have been protecting native birds - behind a predator proof fence - at Rotokare since 2008.

After starting with no kiwi it was believed there were now just under 200 in the sanctuary.

It's envisaged that Papa would see out its days in the sanctuary - adding to the genetic diversity of the species there by becoming the 37th founding or breeding bird.