The police now have explicit instructions not to leave keys in unoccupied police cars after an incident last year in which a patrol car and two Glock pistols were stolen.

The incident was referred to the Independent Police Conduct Authority which has today released its findings.

Just before midnight on 14 August last year, two police officers on the outskirts of Gore drove past a car driven by Hori Gemmell heading in the opposite direction. His car had no front grill and no licence plate.

By the time the officers turned around and caught up with the car, Gemmell had stopped in a nearby street.

The police officers then pulled up behind the car but Gemmell rammed into the police car, and then ran from the car up the driveway of a residential address. 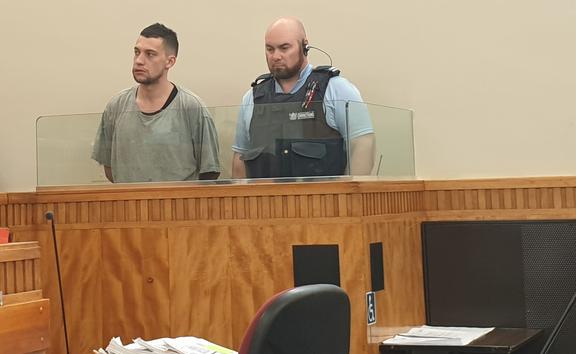 The two officers gave chase, but Gemmell circled back and jumped into the police car, which still had the keys in the ignition.

The officers realised Gemmell was in the police car, and that the engine was running and attempted to get him out of the car.

One of the officers tried to break the driver's window with his foot, and then the other officer smashed it with his Maglite torch. One of the officers then tasered Gemmell twice, but the authority said the puffer jacket Gemmell was wearing caused the Taser probes to have no effect.

Gemmell drove away in the police car, narrowly missing hitting one of the officers.

The police car was found abandoned that night a short distance away, but the pistol lock box was open, and the two Glock pistols were missing.

The authority said at the time it was standard practice for officers in Gore to keep the car keys and keys to the gun lock box on the same key ring.

The authority said it was the officer's responsibility to remove the keys from the vehicle, but it was mindful of the circumstances which led to his omission. It said Gemmell was clearly intent on evading the officers and his actions in ramming their patrol car and running were unexpected and fast moving.

It said the officer who had been driving intended on apprehending Gemmell, so it was reasonable for him to give immediate chase.

The authority said at the time there was no policy requiring officers to remove keys when leaving a car, therefore, there was no breach of police policy.

The police have now introduced a national instruction explicitly requiring ignition keys and firearm security keys are not left in an unoccupied vehicle.

The Southern District Commander Superintendent Paul Basham said it was an unexpected and fast moving situation.

"However, changes have since been made at both district and national level, to help ensure this type of incident is never repeated."

Southern District Police has also undertaken a review of its practices and said it had made improvements to the handling of car and gun safe keys.

The authority also looked at the use of the Taser in the incident.

It said although Gemmell was seated in the driver seat of the patrol car at the time of being tasered, it considered his actions up to that point showed there was a real risk that he might steal the police car, and use of the Taser was reasonable in the circumstances.

Gemmell was arrested three days after the incident.

One of the the pistols was recovered at that time, and the other was located three months later. Gemmell was convicted and sentenced to three years and one month in prison.