A woman at the centre of a manhunt after a police shooting has been arrested in West Auckland. 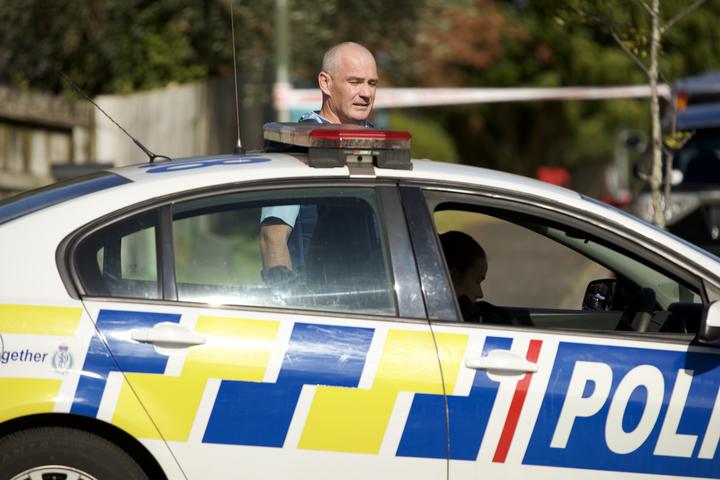 An officer at the scene of the shooting in Massey, yesterday. Photo: RNZ / Simon Rogers

Police said Natalie Bracken was found just after 3pm, was taken into custody without incident, "and is assisting police with enquiries".

She was wanted on warrants for driving charges and as an accessory to the murder of Constable Matthew Hunt, and is now due to appear in Waitākere District Court on Monday morning.

Waitematā police officer Hunt, 28, was killed, and another officer was shot in the leg amid a hail of bullets fired after a car they had tried to pull over crashed on Friday, in the Auckland suburb of Massey.

A man who had been loading things into his car on the roadside at the time was also injured when a vehicle hit him. He and the injured officer remain in a stable condition in Auckland Hospital.

Yesterday a 24-year-old man was arrested and charged with murder, attempted murder and dangerous driving. He was granted interim name suppression at a court appearance via videolink today, and is scheduled to appear in the Auckland High Court on 8 July.

The 28-year-old criminology major fulfilled a lifelong dream when he began working as a police officer in 2017, after earlier working as a case manager at Auckland Prison.

Until yesterday, the most recent killing of a police officer in New Zealand was in 2009 in Napier.