Today marks the inaugural World Albatross Day, and while it is a day of celebration for the species, not all is well for the birds. 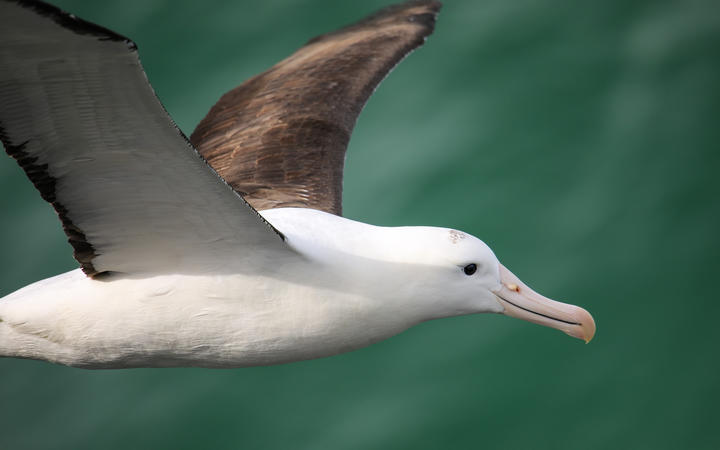 New Zealand is considered the world's albatross capital, with 17 species found throughout its waters and territories, and 11 species breeding here.

The Otago Peninsula is so inextricably linked to the northern royal albatross, or toroa, it is hard to believe the colony's existence is not only relatively recent, but the product of the threat of war.

Otago Peninsula Trust's ecotourism manager Hoani Langsbury said it had only been home to the birds since about 1900.

"Prior to that, this was probably the most significant pā site to Ngāi Tahu on the East Coast of the South Island. Anything up to 400 people were living here so that high density of humans on the headland probably kept those breeding birds away.

"It was actually the late 1880s when we thought that the Russians might come invade the country that they militarised the headland, and by doing that they created all the flat areas that were required for the birds to nest on," he said.

The first chicks were observed being fledged in the late 1930s, and since then numbers had grown steadily with the population at the colony now estimated at 200 adults.

"Our best fledging [seasons we get] around 27, but if you look at when Lance Richdale was here and saw the first chick fledge, in that season there were one or two. So considering that's grown to 23 or 24 now on average, it hasn't really been a lot of time. Only about 80 years to see that growth," Langsbury said.

"Like most New Zealand species they're long-lived. They don't start breeding until they're seven or eight years of age, and they'll produce a chick every second year.

"Grandma was our oldest bird at just over 60, but normally an albatross here gets into its late 20s before it disappears for whatever reason that might be." 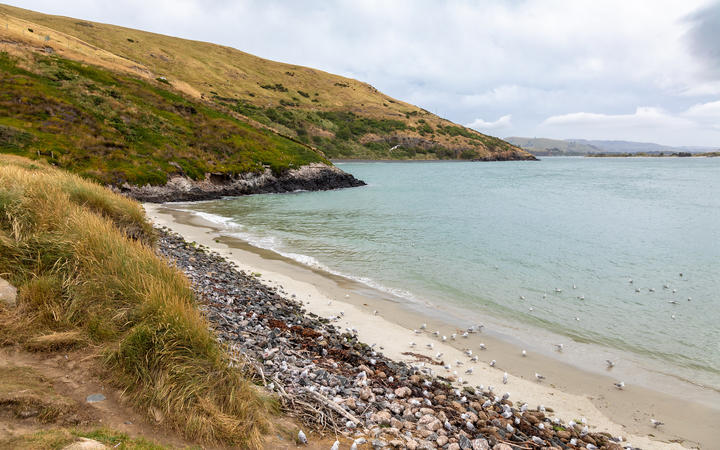 "Some people think it's a long way out of town, but in reality it's only 45 minutes, and everyone should come and see the albatross," she said.

"They are amazing and they are our city's icon. We've got special locals' deals, so now is the time to seize the moment and come out and see these giant fluffy chicks."

The remarkable birds with a 3 metre wingspan could travel close to 2000 kilometres in a day.

But despite the distance they cover over the oceans, Department of Conservation wildlife ranger Sharyn Broni said humans remained the biggest threat.

"We've been finding more and more small parts of plastic being regurgitated by the chicks before they fledge," she said.

"[Plastic] smells like fish once it's in the ocean. Algae grows on it, and then they think it's fish and feed it," she said.

There are only 20,000 northern royal albatross throughout the world, and they are considered an endangered species.

But all 22 species of albatross are listed as some level of concern by International Union for Conservation of Nature.

Wellington Zoo said a light-mantled sooty albatross died in Wellington at the weekend due to a blockage in its stomach from plastic.

"This albatross' death is a timely reminder for us all to pick up any plastic that we see around our coastal areas, as even the smallest amount of plastic can still kill our beautiful sea birds," they said.

But plastic is not the only threat to albatross; five of the birds were accidentally killed by a fishing boat in March.

Forest and Bird said four were Antipodean albatross, and were caught by the boat within two hours of each other.

"It's pretty shocking and really disappointing. The four caught in March are probably only the tip of the ice-berg; we know 10 more were caught last year, and many many more will be caught but they won't be reported," said Forest and Bird's Otago Southland regional manager Sue Maturin.

"And every bird counts because they really are on the edge of extinction. They're nationally critical, so they're one step away from extinction - that's in the same category as kakapo."

Forest and Bird was particularly concerned the boat was fishing legally at the time, during the day - which showed the standards were not working to protect the species, Maturin said.

"It's perfectly legal during the day, but we now know that these albatross are getting killed mostly when fishers are fishing during the day."

A new National Plan of Action for Seabirds was introduced in May, including actions for the fishing industry to reduce seabird bycatch.

"The trouble is they're voluntary, so they can't be adequately enforced. So we need to update our regulations, both within New Zealand and internationally." 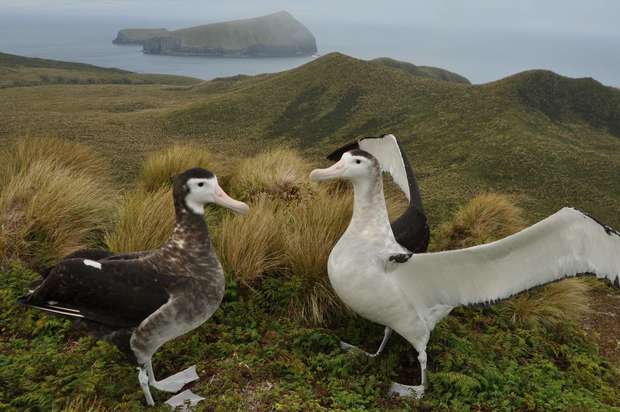 Research of Antipodean albatross has shown if either parent doesn't survive their chick won't either. Photo: SUPPLIED

Forest and Bird had filed an Official Information Act request to uncover the details about the albatross deaths, but Maturin said the data should be published promptly.

"It's reported regularly to the Minister of Fisheries, but it's not reported to the public until the end of the year - that's really disappointing because we've no idea how well our fishing industry is doing at avoiding catching seabirds."

Maturin said Antipodean albatross can still be saved from extinction, but only if: "We put the effort and money in, and fishers have the will - but we've got to do our absolute best to do that".