A international marine expert who reviewed a plan to save Māui and Hector's dolphins says she tried to help and claims she was ignored.

The plan - which is in its final stages - has been the subject of scientific squabbling with its claim that toxoplasmosis - a disease caused by cat poo - kills more of the endangered dolphins than fishing boats.

California-based marine biologist Dr Barbara Taylor was part of an expert panel tasked at reviewing the government's plan before the public was asked to weigh in, but now feels the process was a box-ticking exercise.

The panel never received a formal response to the list of 37 recommendations the panel made on toxoplasmosis, trying to use data from past surveys to work out where the dolphins were, and factoring in climate change. 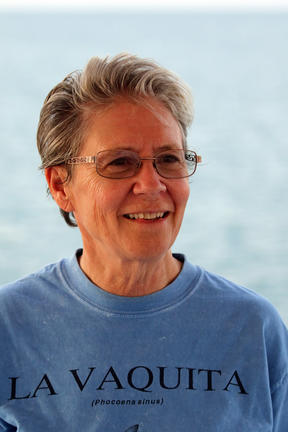 Dr Taylor said in all her career, the lack of written response was a first.

"I've never experienced it before. It's just such standard scientific practice - I mean that's why you have a review.

"And saying that it's been peer-reviewed when in fact he didn't do any of the things that the reviewer suggested, is very misleading to the public I think."

Dr Taylor has worked in marine science for the US government for 25 years, mostly with the critically endangered vaquita - a porpoise found only off the Gulf of California.

Jim Roberts, the lead author on the government's risk assessment said her recommendations were still taken into account.

"From our perspective it was immensely useful. Some of it we were able to address directly in revisions of the risk assessment itself, other things we just didn't really have time for, and maybe a couple of things we didn't necessarily agree with and we didn't follow their advice exactly as they wanted."

Roberts, who is now an independent contractor, said he felt a formal response wasn't his job, but the job of the Ministry for Primary Industries (MPI) - who commissioned the review.

MPI declined to say why a formal response was not provided, but in a statement, said the panel's advice on recreation fisheries, trawling and risks facing smaller populations was included in the months that followed.

"The panel was informed that its science-related observations and recommendations would be carefully considered and used to inform the update of the Hector's and Māui dolphin Threat Management Plan," it said.

Last week RNZ asked Roberts to respond to a paper by University of Otago marine biologists Liz Slooten and Steve Dawson that criticised the science underpinning the plan. 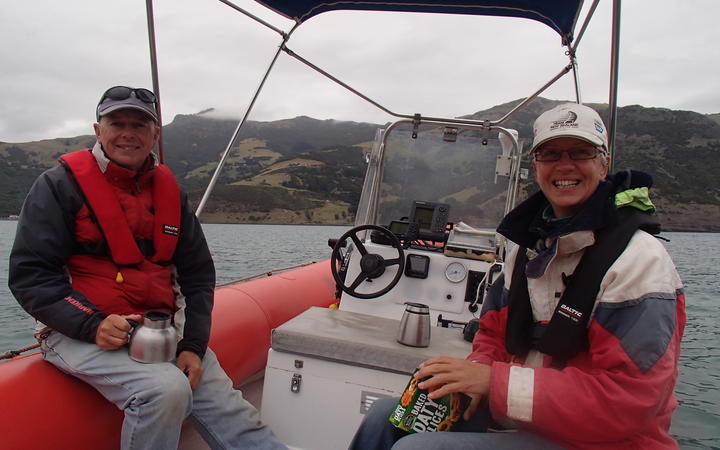 Roberts said before the assessment began, scientists asked the Otago duo to share long-running data on populations around Banks Peninsula, but they declined.

"Liz and Steve are the only people that hold long-term sort of reproductive rate information that we can use to relate to climate and prey, and so far they seem unwilling to share that information."

In emails between Dawson and Roberts, seen by RNZ, Dawson said that neither MPI nor the Department of Conservation had significantly invested in the data before and wrote: "It is unrealistic for anyone to expect us to simply hand over such hard-won data."

Professor Steve Dawson said graduate students were also using the data for projects at the time, and likened the request to asking for the keys to a car they haven't bought.

"If I asked you for your keys now, you would say, no that's my car, I bought it, and I'm still using it.

"We said 'we are prepared to collaborate with you if it's a fair collaboration', and that is not what MPI wanted. What they wanted was for us to hand over the data set holus bolus, then bugger off and shut up.

"And that's completely unfair. And it's not just unfair, it's unbelievably disrespectful."

Dr Taylor felt there was still a good shot at saving the Māui and Hector's dolphins.

While New Zealand is estimated to have fewer than 60 Māui dolphins, there are fewer than 20 vaquita left, and Dr Taylor has not given up on them yet.

"At least for Hector's dolphins, you're not in the emergency room."

But Dr Taylor said if New Zealand was serious about progress, it needed to collaborate with scientists who held the greatest expertise.

Following her time on the expert panel, Dr Taylor wrote a letter to MPI and DOC two years ago, urging them to do this and offering to suggest experts.

She wrote "it was clear that the full benefits of using a team of scientists who hold all or most of the national expertise and who trust one another was not being realised ... This meant missing out on an enormous amount of historic knowledge that could have been used to secure the very best scientific advice."

MPI and DOC's response to her letter stated the plan remained under review and that the government would consider her advice once that was complete.

She said she hadn't heard from them since.

The plan remains before ministers and is expected to be released soon.