The public has a chance to have a say on the future of Christchurch Cathedral, following a move to fast-track its reinstatement. 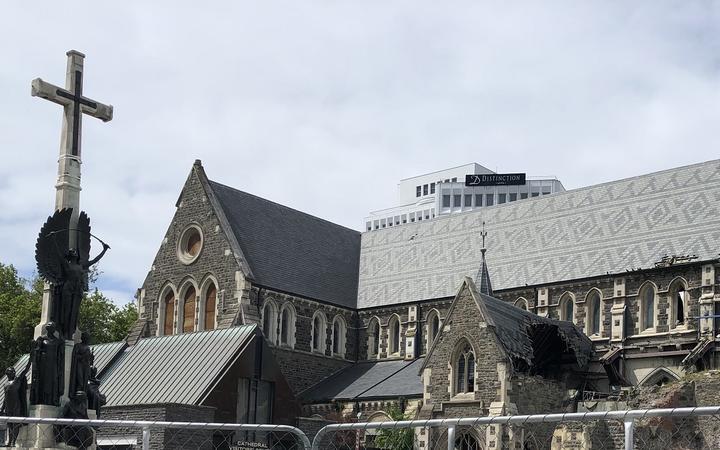 People can offer their views about what should happen to the earthquake damaged Christchurch Cathedral. Photo: RNZ / Sharon Brettkelly

Christ Church Cathedral Reinstatement Ltd has proposed to government an Order in Council that would modify the resource consent process for reinstatement work.

Associate Minister for Greater Christchurch Regeneration Poto Williams has notified the proposed Order and is seeking public feedback until 22 June.

The change would make the building's reinstatement more certain, prevent lengthy delays and keep costs down.

The cathedral's future has been the focus of public debate after sustaining significant damage in the 22 February 2011 earthquake.

Litigation between heritage groups and the cathedral owner led to the Crown stepping in to facilitate negotiations. This resulted in an agreement between the groups in 2017 that the cathedral could be reinstated.

Later this year, Williams will make a final decision on whether to recommend to the governor-general an Order in Council to fast track the cathedral project.