Petals were cast into Christchurch's Avon River this afternoon, to mark nine years since the magnitude 6.2 Canterbury earthquake and to remember the 185 lives it claimed. 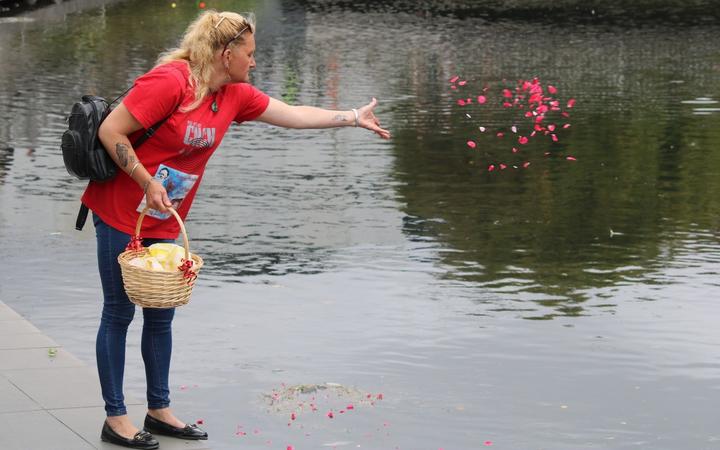 Julie Hibbs casts petals into the Avon River during the annual civic service to remember all those who died in the Canterbury earthquake. Photo: RNZ / Katie Todd

Hundreds of people gathered quietly on the north bank of Oi Manawa, the Canterbury Earthquake National Memorial, from 12.30pm, for the annual civic service.

First responders to the earthquakes helped to read the names of people who lost their lives, before a minute's silence was observed at 12.51pm.

Christchurch mayor Lianne Dalziel thanked those who had come from near and far to attend the service, including members of the community and bereaved families.

Dalziel said it was an opportunity to reflect on the lives lost and the people seriously injured in the earthquake, including those who carry hidden scars of the trauma they experienced.

She said the service was also a time to remember those who were there when people needed them in the aftermath of the disaster.

"That includes the days, weeks, months and years since," she said.

"There are so many stories of those who picked us up when we were down, who listened to us, hugged us, brought the casseroles and baking and helped us fix the damage that was wrought. Every gesture, no matter how small, helped us on our journey." 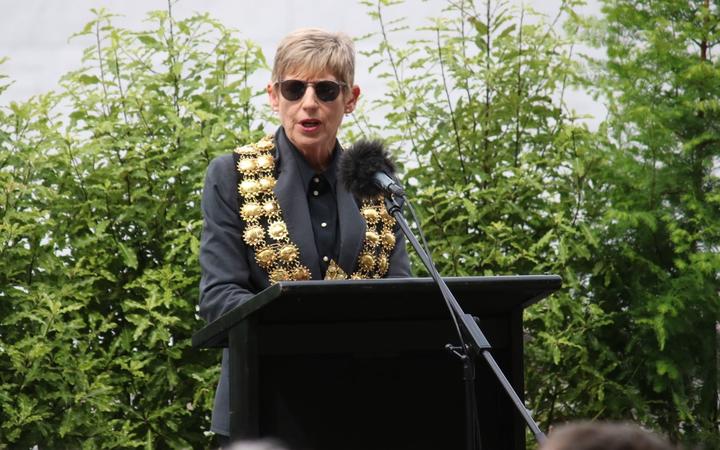 Ūpoko of Ngāi Tūāhuriri Te Maire Tau delivered a karakia at the service.

"It's the tribe's view that coming to the tenth anniversary [in 2021] of the service, instead of binding ourselves we should just sit and consider and ponder the importance of unravelling ourselves," he said.

"While the sacred is important, it's important that we acknowledge where we are today and the cicadas in front of us. This is the summer and we're heading into the time of harvest when this city is absolutely beautiful... this year we don't need to have restrictions on the things we do have." 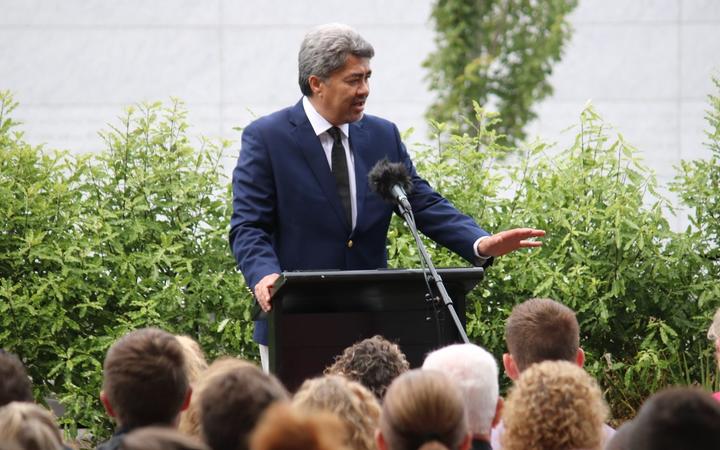 The service concluded with a wreath-laying ceremony and procession past the memorial wall, where the names of the 185 victims are inscribed.

Tomorrow Dalziel will also formally apologise to the loved ones of those who died in building collapses in the earthquake.

Another memorial service is happening tonight at the Christchurch Transitional Cathedral. 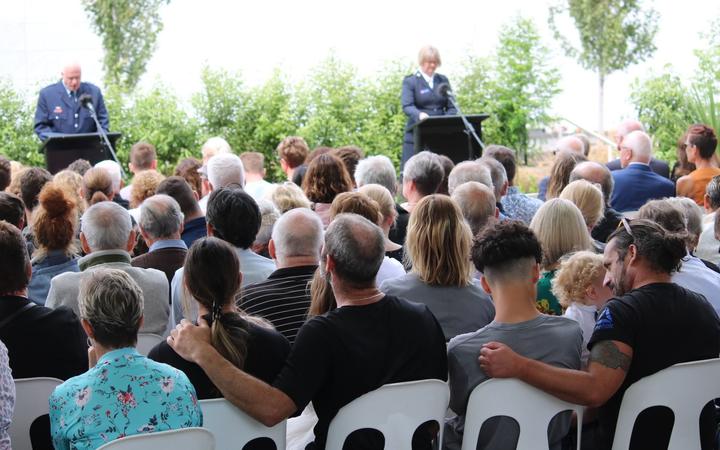 Representatives from the city's emergency services read out the names of all the victims. Photo: RNZ / Katie Todd