About $1.5 billion worth of construction projects in Christchurch will be finished and opened this year, marking another milestone in the Christchurch rebuild. 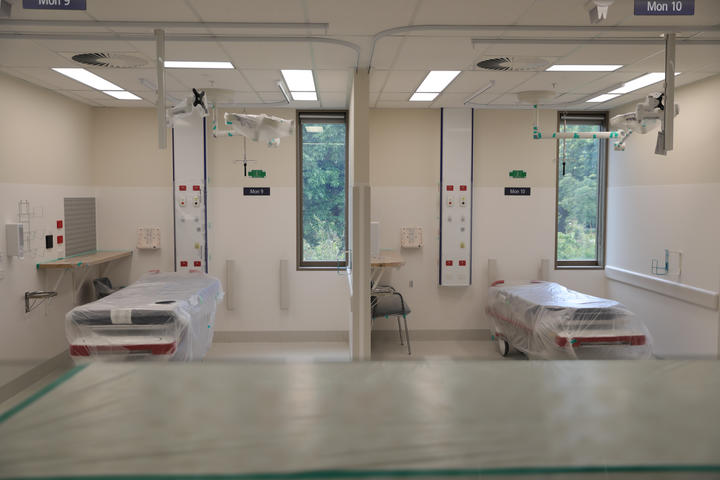 Of the 12 anchor projects six have been completed with two more due to be finished this year.

They are the new Christchurch Hospital Acute Services Building and the new convention centre at a cost of $975 million.

Other major projects also likely to be finished include two new motorways coming in at a cost of $485m.

Inside the 10-storey Christchurch Hospital Acute Services Building, you get the sense it's nearly ready.

Equipment and furniture are mostly where they need to be and workers are doing minor touch-ups. 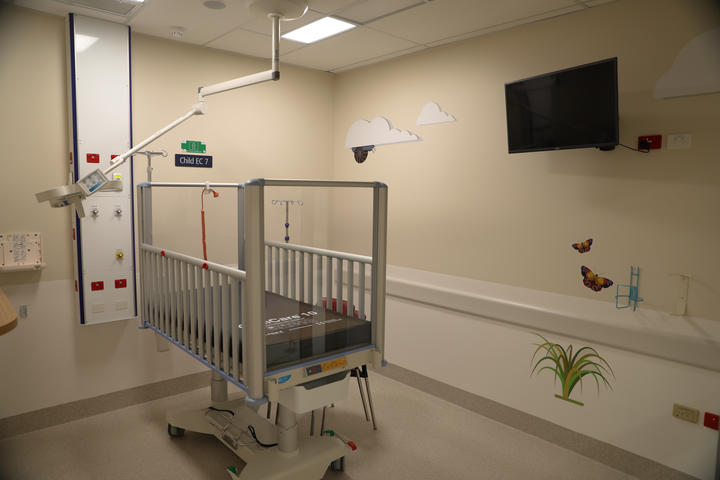 When completed later this year the Ministry of Health will hand it over the Canterbury District Health Board and it will finally be opened to the public.

The ministry's programme director, Tony Lloyd, said the $500m building has faced a number of challenges due to complex seismic strengthening.

"The size and enormity of the building is such that, you know there's something like 3000 rooms in this building," Lloyd said.

"There's 6000 tonnes of steel, there's thousands and thousands of kilometres of wiring and pipe work, all of which needs to be considered in a seismic way so that the building will perform during an earthquake and after an earthquake."

The seismic work has resulted in two years of frustrating delays (the hospital was originally meant to open mid-2018, but now likely for mid-2020), but Lloyd said they wanted to make sure everything was done right. 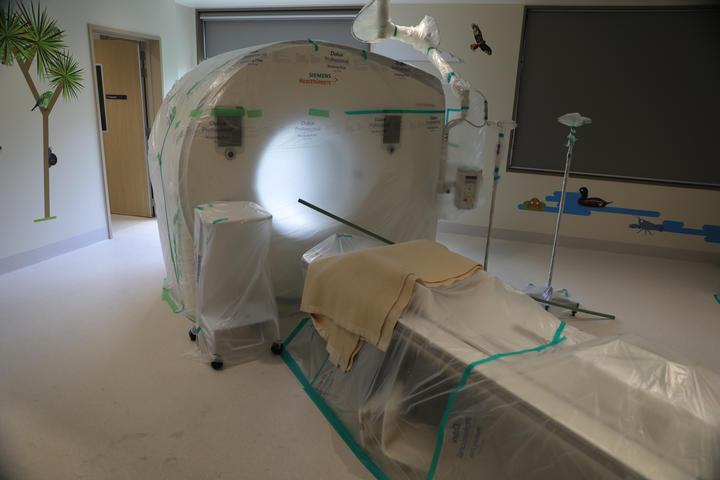 A CT scanner at the yet to be opened Christchurch Hospital Acute Services Building. Photo: RNZ / Simon Rogers

Any equipment over 7kg that goes on a wall has had to be engineered so that it doesn't affect the seismic performance of those walls.

The hospital has 129 base isolators, 413 beds and a rooftop helipad.

It is 'Importance Level Four' out of Five on the Building Code, meaning it can operate immediately after a one in 2500 year earthquake. Level Five structures are those such as dams or nuclear facilities. 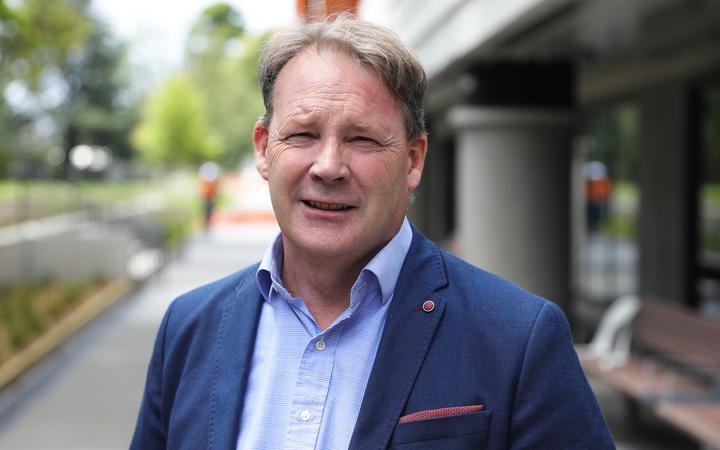 Lloyd said the building has also been designed to be efficient and welcoming.

"Well, because it's a hospital, it's about making people well isn't? And then helping families that are in a distressed part of their life. So the more that we can do, as a team to bring a facility as good as this to help and facilitate that, then we should be doing everything we possibly can," he said.

"It feels like a bit of a watershed time for the central city at the moment. For pretty much my entire adult life there hasn't been a central city. Now it feels that there is that critical mass of art and culture, of restaurants and bar hospitality and we have nice places to walk as well," he said.

McLellan said he is also looking forward to the restoration of the 95-year-old Public Trust Building. 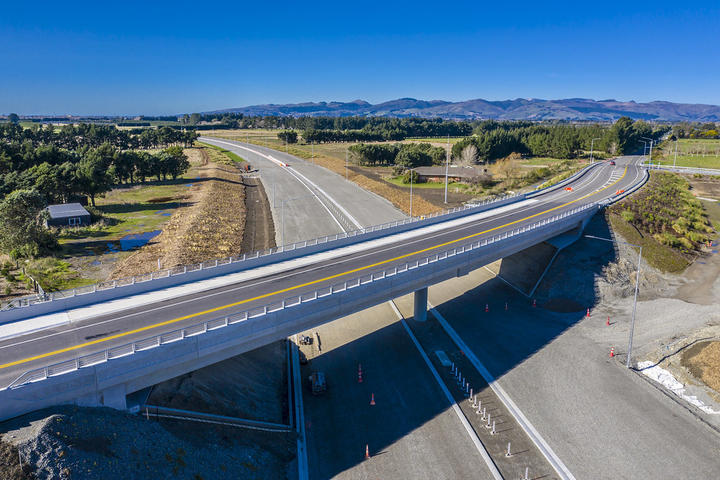 Once open, the Christchurch southern motorway will halve the time it will take to get from the CBD to Rolleston to about 15 minutes. Photo: Supplied

But what will likely have the biggest impact on the city are the Christchurch Northern Corridor and Southern Motorway projects worth $485m.

The Transport Agency's portfolio delivery manager, Colin MacKay, said the motorways will slash travel times across the city. For example, on the southern motorway the time it takes to go from the CBD to Rolleston will be halved to about 15 minutes.

"Essentially the same can be said for the Northern Corridor. There's a lot of people moved out to the northern suburbs or North Canterbury, Waimakariri, Rangiora and Kaiapoi, so commuting is going to be a lot easier from north of the [Waimakariri] river," MacKay said. 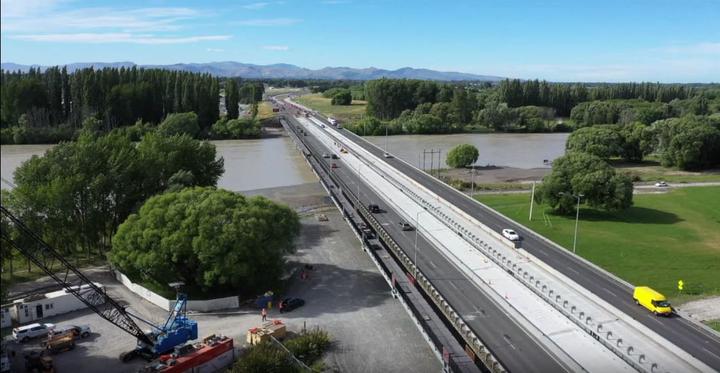 This year's projects do not mean the end of the rebuild, with projects such as the $300m Metro Sports Facility due to open next year.

Construction on the new $473m multi-use arena is also hoped to begin in 2021.