Another group of firefighters from around the country are deploying to Australia to fight its bush fires. 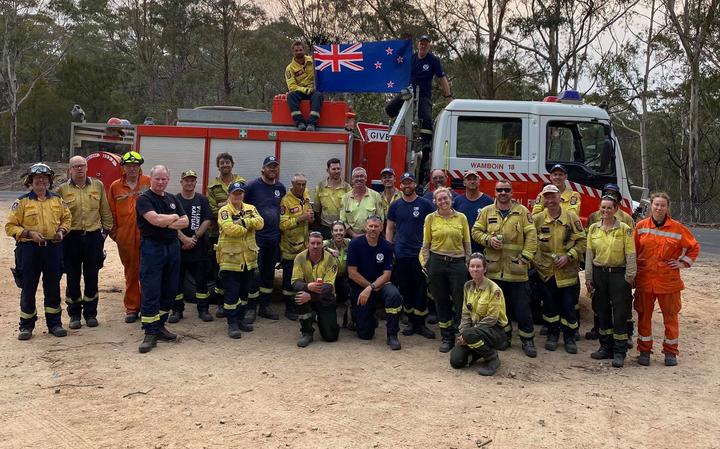 Some of the 200 New Zealand personnel who have been deployed to help Australian firefighters since October. Photo: Supplied / Fire and Emergency

Twenty one firefighters left Auckland airport on Sunday afternoon destined for New South Wales, where fires have eased but are still burning.

One of those deploying, Whakatāne firefighter Jamie Rhodes, said he was nervous, having faced close calls with "some big trees falling over".

Dozens of fires along Australia's fire-stricken east coast have been put out over the past three days, aided by heavy rainfall.

Some New Zealand firefighters deploying said they could expect to work days of up to 16 hours.

"It could be back-burning, it could be protecting structures, it could be lots of cleaning up areas that are still just smouldering and not moving actively," Northland firefighter Rory Renwick said. He added that the fire season was far from over and more deployments could follow.

Australia's wild fires have alarmed the government here, which earlier this month asked the Defence Force for a national fire risk assessment.

"It is a little different but yes, we still definitely do have a risk of wild fire in New Zealand and we need to manage it carefully."