A Canterbury University student could be the youngest New Zealander helping to fight the bush fires raging across Australia. 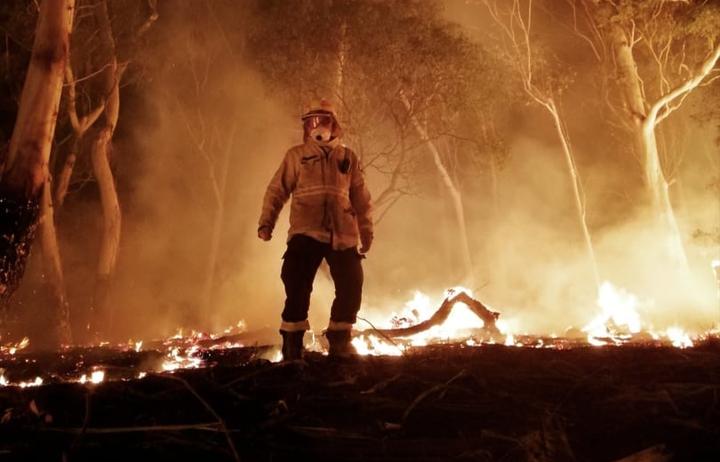 Fergus Simpson, 22, planned to spend his summer in New South Wales on a forestry internship with the Forestry Corporation, but little did he know it would evolve into fire-fighting in the rural town of Tumut.

With no previous experience battling fires, he said it was crazy to think he would return to New Zealand having spent the summer doing exactly that.

"It's just a completely unprecedented scale. The one fire that's come through my community ... that one alone is twice the size of Christchurch. That's only one of hundreds of fires in the area." 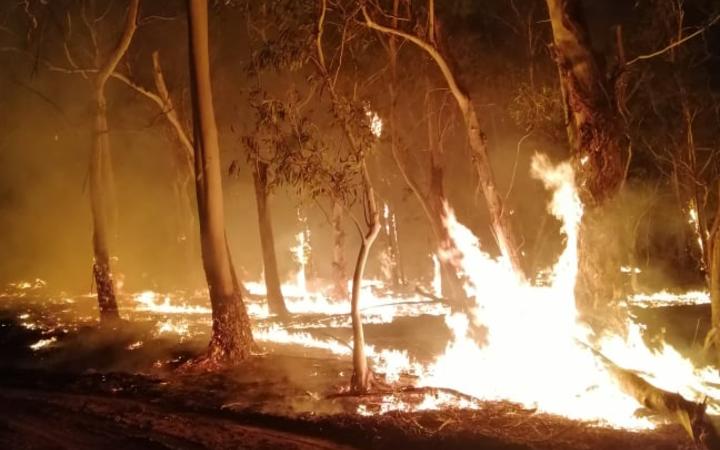 A lot of wild life had suffered, he said.

"You go back through the areas and there's a lot of dead animals and kangaroos jumping around looking for something to eat."

"In the worst conditions, entire forests are alight at once ... trees which are 30 metres tall, there's flames shooting up the top of that and all around you. The heat is just unreal, when you're that close ... the fire creates its own weather or atmosphere. It makes these horrific freight train kind of noises. I've barely got the smell of ash and smoke out of my nose the entire time I've been here." 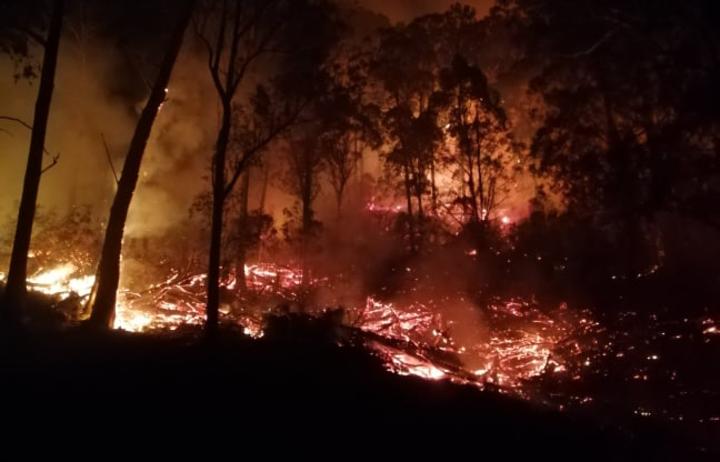 Having lived through the Canterbury earthquakes, Simpson likened Australia's fire-stricken communities banding together to Christchurch.

"There's this air of nervousness around. It's just ghost towns now, everyone's just getting out ... because I've been through something like that before I know personally how to deal with this kinda stuff... I'm handling it quite well... I feel like I can help people out."

Although his family, friends and mother were worried, he said as exhausting as it had been having to do 24-hour shifts on some days, he remained in good spirits and felt very well looked after and supported. 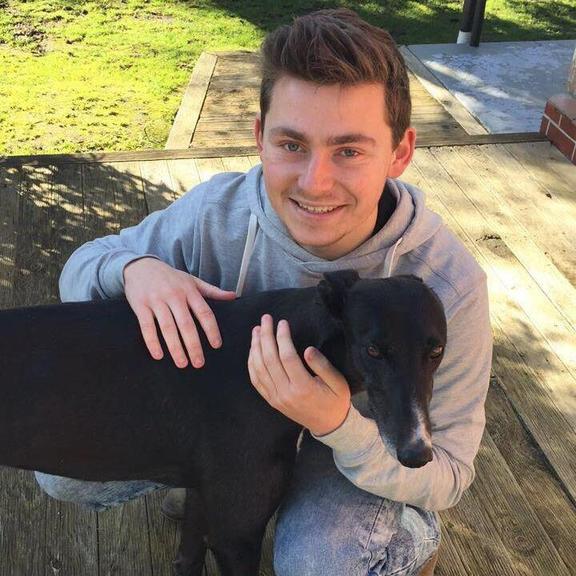 It was nice to be reminded of home after four New Zealand firefighters recently joined to support his crew, he said.

Simpson will stay on the ground for another month, returning to Christchurch in five week's time, just before the university semester starts.

He said the life-changing experience had made him consider becoming a voluntary rural firefighter once he was back home.

Although firefighting was supposed to only play a small part in his forestry internship, he hoped he'd still be awarded the credits.

For anyone wanting to help, he encouraged people to support by donating to charities supporting the bush fire relief.