Australian officials are using a respite today from fierce wildfires to race to reopen blocked roads and evacuate people who have been trapped for days. 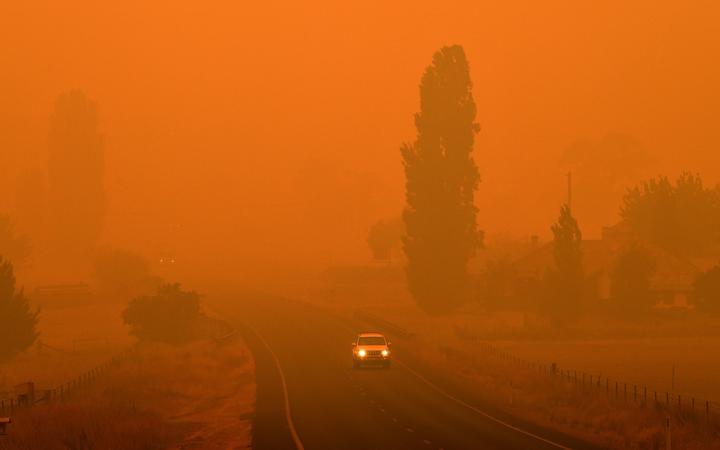 A second day of light rain and cool winds brought some relief from heatwave-fuelled blazes that ripped through two states over the weekend, but officials warned the hazardous weather conditions were expected to return later in the week.

"No one can be complacent. We've got big fire danger coming our way towards the end of this week with hot weather," Victoria Premier Daniel Andrews told reporters on Monday afternoon.

Authorities redoubled their efforts on Monday to provide supplies and repatriate thousands of people who have been trapped by fire lines in coastal towns for several days.

"What we are focusing on here is the human cost and the rebuilding cost for people's lives," Prime Minister Scott Morrison told reporters in Canberra as he announced funding of A$2 billion (NZ$2.09b) over two years to the newly formed National Bushfire Recovery Agency.

Dean Linton, a resident of Jindabyne in the Snowy Mountains, used the break from an immediate threat to his town to visit his wife and four children who had evacuated to Sydney. He also used the 870km round trip to pick up a firefighting pump and generator to help him protect the family home.

"There's a lot of fuel in that national park; it would only take one lightning strike," Linton told Reuters.

The bushfire season started earlier than normal this year following a three-year drought that has left much of the country's bushland tinder-dry and vulnerable to fires.

More than 6 million hectares of land have been destroyed in NSW and Victoria states. 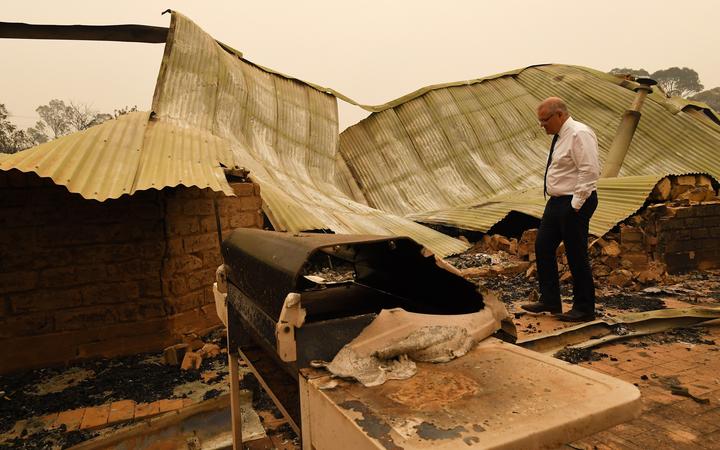 Following are highlights of what is happening across Australia:

There were no emergency warnings in fire-ravaged states on Monday following the weather change. Two people remained missing as 136 fires continued to burn in New South Wales (NSW), however all fires were back at the "advice" level, the lowest alert level.

About 67,000 people have left or been evacuated from fire-ravaged areas in Victoria, state Emergency Services Minister Lisa Neville said.

Victoria set up a Bushfire Recovery Agency, with initial funding of A$50 million (NZ$52 million). The recovery is expected to cost "a lot more" than A$500 million, state premier Andrews said.

Fire officials said the light rain that has brought some relief also posed challenges for back-burning efforts to reduce fuel for future fires and bring existing fires under control.

NSW state-owned power distributor Essential Energy said its network has suffered "significant damage", with almost 24,000 customers without power. Essential said that power "may not be restored for a while due to the extent of the damage and challenges with gaining safe access." Affected areas include Batemans Bay on the New South Wales south coast. Further south in Bermagui, food and fuel were running out, Australian Broadcasting Corp reported.

Military helicopters were due to evacuate more people, including the elderly and young children, from Mallacoota on Monday. More than 1000 people were evacuated from the Victoria state town by two naval ships on Friday.

Insurers have received 5850 bushfire-related claims in NSW, Victoria, South Australia and Queensland since the Insurance Council declared a bushfire catastrophe on 8 November. 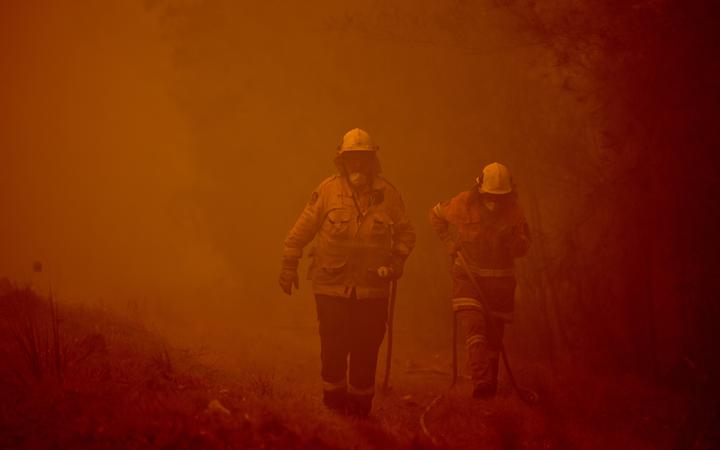 Bushfire losses are estimated at A$375 million since November, with a further A$56 million in insured property losses in September and October, the Insurance Council said. Figures do not include properties lost over the past 24 to 36 hours in areas such as the NSW Southern Highlands and south coast.

Accommodation provider Aspen Group said on Monday it expects a A$500,000 hit to both revenue and net operating income from the bushfires.

Canberra was running short of masks with the nation's capital blanketed in smoke, ACT emergency services said. The National Gallery of Australia said it was closed to protect visitors and art works. The government department responsible for coordinating Australia's response to disasters and emergency management also closed its doors due to poor air quality.

Army personnel plan to begin digging graves to bury more than one hundred thousand sheep and cattle killed in the bushfires.

Actor Russell Crowe skipped Hollywood's Golden Globes ceremony, where he won an award for playing former Fox News Chief Executive Roger Ailes in the TV series The Loudest Voice in the Room. Presenter Jennifer Aniston said Crowe stayed in Australia to protect his family from the bushfires and read remarks he had prepared where he said the fires were "climate change based."

Prime Minister Scott Morrison continued to face criticism of his handling of the crisis. "Poor political judgment is one thing. Competency is another thing altogether. This is the political danger zone Scott Morrison wants to avoid in his handling of the bushfire crisis," Rupert Murdoch's The Australian, a supporter of the government, said in an article by the newspaper's national affairs editor on Monday.

State officials have thanked people for donations of clothes and food, but said that cash was more useful.

Fourty-one US firefighters are in Victoria with a further 70 from Canada and the United States expected to join on 8 January, the Victoria Country Fire Authority said on Twitter.