Designs have been released for a 12-metre hydroslide tower being built at Christchurch's Metro Sports Facility. 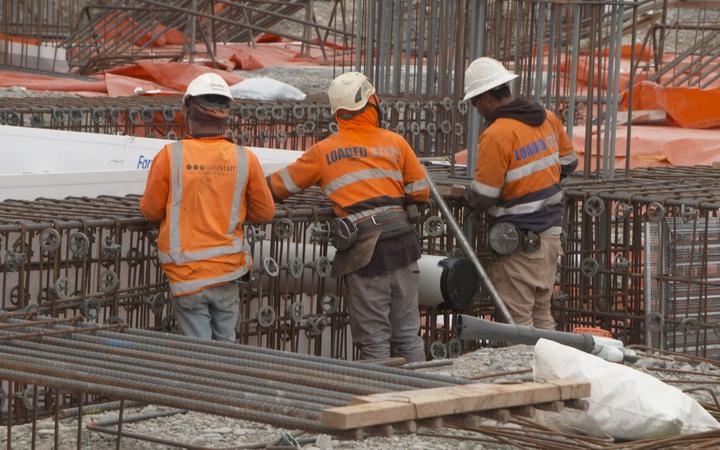 Among the hydroslides will be the country's first trapdoor hydroslide. Photo: RNZ / Simon Rogers

The $300 million rebuild anchor project is set to open in early 2022 following a series of delays.

Crown rebuild agency Ōtākaro said the hydroslide tower would include five slides, and the goal was to draw visitors to Christchurch.

Among the hydroslides will be the country's first trapdoor hydroslide, where riders will suddenly drop into a slide and travel at 40 km/h. 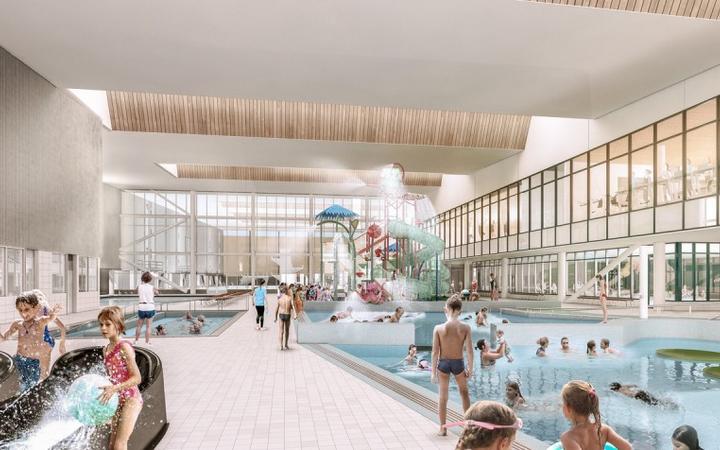 Another feature will be the 'Sphere Slide', where riders using an inflatable raft will be spun around in the sphere, not knowing which way they will be facing for the rest of the 125m ride. 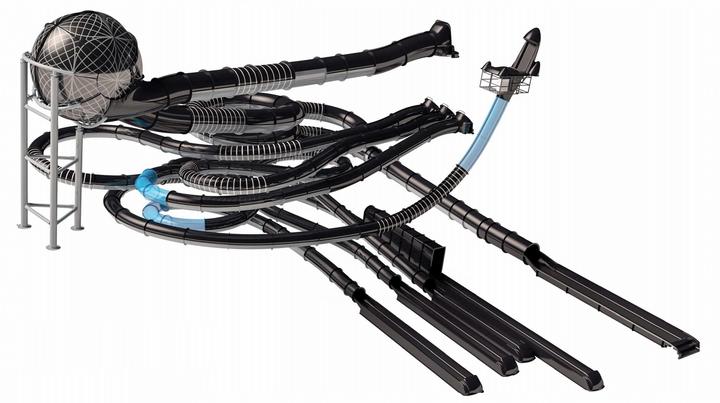 The design for the hydroslide system at Christchurch's Metro Sports Facility. Photo: Supplied

He said contractors were now placing the first of the exterior concrete walls in the 30,000 sqm facility, with the structural steel going up next year.

"The key thing will be getting the structure started [and] that's underway shortly. The precast panels down Antigua St will start on the next couple of weeks," Mr Bridgman said.

"But if we can get those big lifts in place, there's a half a dozen of them to support the roof and the structure erected. That's going to see the shape of this building change a lot." 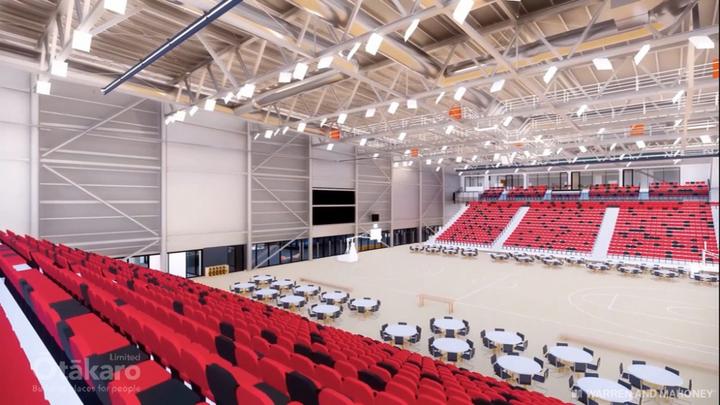 Christchurch City Council head of recreation sports and events Nigel Cox said the five hydroslides would cater for around 300 riders at a time.

"Since May 2018 we've sold over 70,000 tickets for the hydroslide at Taiora QEII, so we know they are popular. Allowing more people to enjoy the thrill at the centrally located Metro Sports Facility will be great for our city," he said. 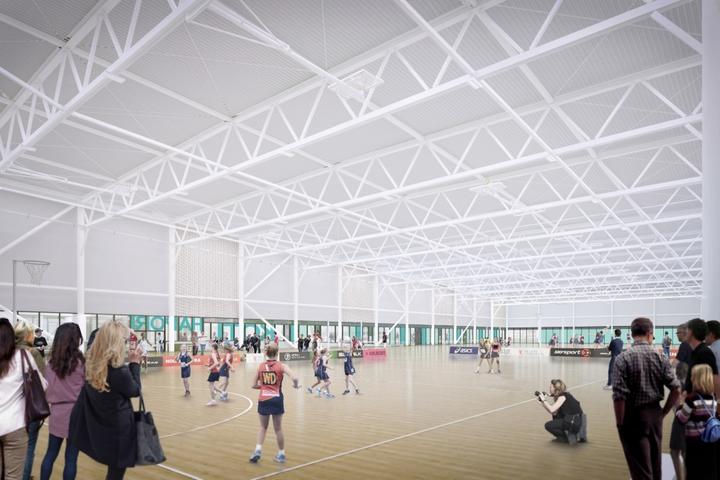 Media were given a tour of the construction site this morning, with work currently underway in the aquatic side of the facility.

There will also be 550 car parks at the facility.

She said not everyone would be using their car to travel to the site, as public transport options were available nearby in the central city.