Christ Church Cathedral will be lit pink and blue this month to remind people of the major project underway to reinstate it. 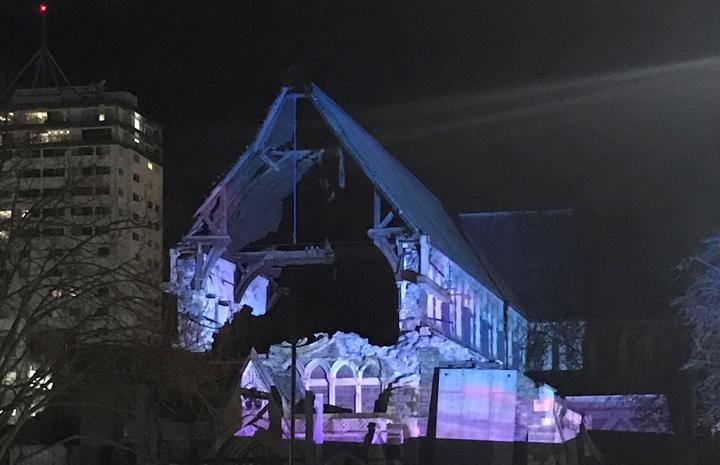 The cathedral in the centre of Christchurch was badly damaged when the tower toppled on to the main building in the 2011 earthquake.

The government announced last year it had reached a deal in principle with Church Property Trustees to restore the building, at an estimated cost of $104 million.

Once finished, the main cathedral building would look much the same externally as it did pre-earthquake, project director Keith Paterson said. Many of its heritage features would be retained, along with as much stained glass as possible, but it would be safer, more comfortable and better equipped.

The cathedral was first lit by electricity in 1922 - the old gas lamps used to take an hour to light. The building's 7.5m diameter Rose Window, broken in the quakes, contained more than 4000 pieces of glass.

"The stained glass windows and Rose Window used the power of light to bring to life their special stories, creating beauty, and a sense of awe and wonder.

"This night lighting reminds us how light reflected through the cathedral windows, changing throughout the day and according to the season, producing dramatic coloured patterns on the walls and the floor."

A joint venture, Christ Church Cathedral Reinstatement Ltd, was created to manage and deliver the repair, restoration, reconstruction and seismic strengthening of the building.

Mr Paterson said stabilisation work was due to start in the first quarter of next year.

Key partners in the project include the Christ Church Cathedral Reinstatement Trust, established by the Crown to raise an anticipated shortfall in funding and to oversee the use of public funds.

Also involved is the Anglican Diocese of Christchurch, which includes the Bishop, Dean and Chapter, and the Church Property Trustees which owns the cathedral.