The lockdown has disrupted plans to start work on the Christ Church Cathedral causing delays of at least a month. 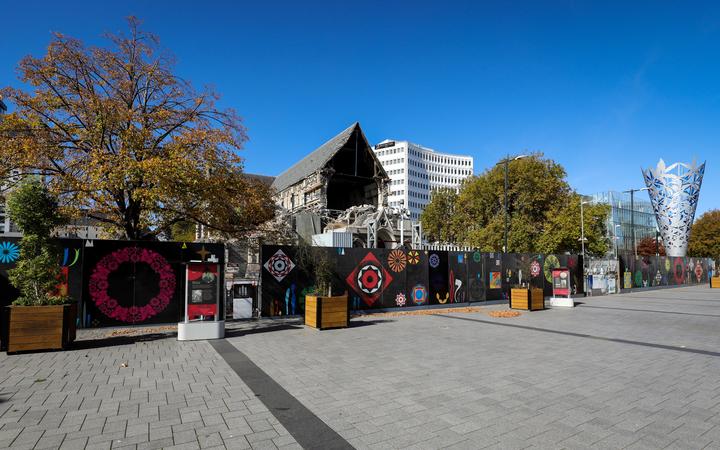 Onsite preparation has been put on hold for the more than $100 million restoration of the Anglican Church's Christ Church Cathedral, which was due to begin by Easter.

Christ Church Cathedral Reinstatement project director Keith Patterson said the church would take at least seven-and-a-half years to re-instate and its new start time was likely to be the middle of May.

He said if delays were longer than a month they would find things challenging.

The stabilisation phase is expected to take up to two years, at the cost of $11.8 million. The next phase will take at least five years of work.

Dean of Christchurch Lawrence Kimberley said they planned to gather and bless the building before it went ahead.

"We'd planned a public dawn blessing on 3 April ahead of physical work beginning so that people could gather and mark the occasion together. Rest assured we will reschedule this when it's safe and appropriate to do so."

Paterson said once work was permitted the first task would be establishing the construction site, followed by the start of stabilisation.

"People will see bracing and steel framing being erected and the methodical deconstruction of some sections with materials being catalogued and stored for later use.

"The 1960s vestries and 1990s visitor centre will be removed to give safer and faster access to stabilise the older sections of the cathedral."