There is growing support for a petition to ban all freedom camping, nation-wide, for non-residents.

A petition to Parliament has been launched to ban foreign freedom campers in order to save local tourism and support small businesses. Photo: Unsplash / Rosan Harmens

The woman behind the idea wants the country to re-asses the parameters around freedom camping in order to support New Zealand tourism providers.

New Zealanders are being invited to join the freedom camping conversation, following the launch of a petition to Parliament to ban foreign freedom campers in order to save local tourism and support small businesses.

The petition has more than 4800 supporters and its organiser Jennifer Branje says numbers are rapidly growing.

"It's time for us to talk about how we are going to go forward when we re-open our boarders... whether it succeeds or fails is not the greatest goal here it is to re-think how we have visitors in New Zealand, what we expect of them and how we should pave the way forward," she said.

She is also asking the government to cease allocating taxpayer money for further development of free camping sites.

"This is our home. Get out and discover the wow-factor that encourages international guests to come and see us. Go out there and rekindle the passion for the country you live in... New Zealand deserves better." 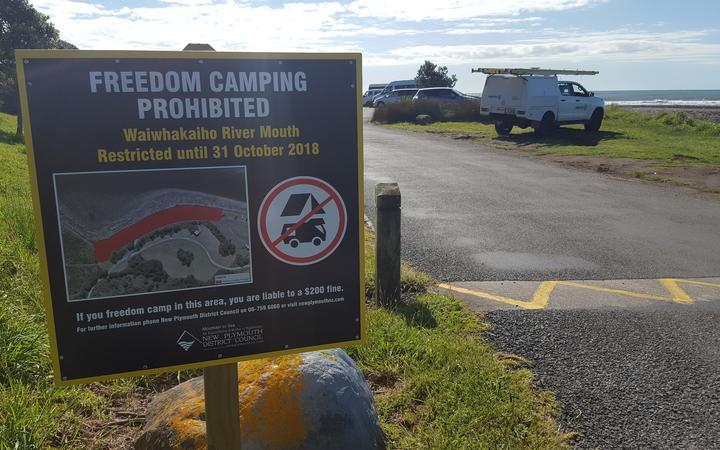 But Responsible Campers Association spokesperson Bob Osborn was not convinced.

"It is well intentioned but it's going to fail. You can't discriminate and prevent overseas tourists from freedom camping. People who cycle or do adventure work, they freedom camp, they have no choice but to."

The owner of popular holiday site The Camp - Lake Hawea Holiday Park, Sarah Burdon, said it was usually one or two people that ruined freedom camping for everyone else. But she supported and had signed the petition.

"If you have a small town, they should be using the holiday park... it adds to the economy. Look after our country, our community, businesses and everyone will be happy."

The Tasman District Council, with the support of iwi, has proposed a Responsible Camping Strategy to restrict movements of freedom campers.

Mayor Tim King said self-contained tourists, whether they be domestic or international, were not the problem.

He even anticipated a further reduction in complaints from councils prior to the pandemic.

"I think the position is silly... responsible camping isn't the problem it was... the complaints we receive are 10 percent of what they used to be when I first became minister."

"It goes against our manaakitanga that we are famous for in NZ and Bill of Rights. We are looking at re-imagining the tourism sector and discriminating against others won't be a part of that future," he said.

Although freedom camping laws varied from area to area depending on the council involved, he said the government would not be taking away this power from councils any time soon.

New Zealanders have until 31 July to sign the petition.