Whakatane District Council's decision to isolate freedom campers at a shopping centre carpark has drawn criticism from some in the community who want to know why they cannot simply stay at holiday parks. 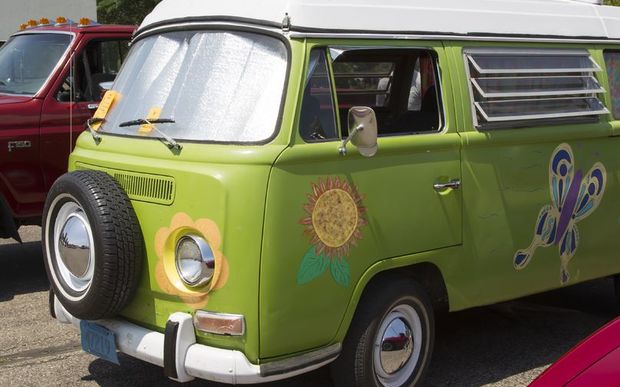 However, the council says it has been working to assist the government in implementing the strict conditions required at alert level 4, especially for those who could not afford to stay in private campgrounds for the duration of the lockdown.

The council has designated The Hub carpark as a place where freedom campers in self-contained vehicles can park up and stay until the lockdown is over.

The campers must park 30 metres from each other but are still allowed to leave the carpark to buy groceries, fill up on water and empty their grey water tanks.

Earlier this week, the council moved campers out of its Whakatane Holiday Park explaining that this was because it was not an essential business that could stay open during the lockdown.

Campers who were moved on questioned why the council could not keep the camp open for them and were concerned about where they could go instead.

The council has also shut various freedom camping sites around the district.

The move has been criticised by Whakatane Top 10 Holiday Park manager Mark Inman who believes it is better for campers to stay in official campsites.

Inman said it would be better for the community to stay in holiday parks, which are enforcing self-isolation rules, where campers still have access to facilities like electricity and running water and have a designated place to empty their grey and black water tanks.

"If they are all staying in a carpark together where are they going to go to empty their tanks and who is going to ensure this site stays healthy and clean," Inman said.

"The council has moved out all its own campers from its campground that ratepayers pay for into a non-sanctioned, non-complying facility.

"I'm absolutely fuming, a carpark doesn't have the facilities to cope with something like this."

Inman said the Top 10 park had 10 families staying in self-contained vehicles, both domestic and international, and they were required to stay two campsites away from each other. They were also required to stay until the end of the lockdown period at a reduced rate.

"The council could definitely be doing a better job," he said.

Many comments on the council's social media post about the carpark campground echoed Inman's concerns about hygiene, rubbish and the possible spread of the virus within the camp. They also questioned why campers simply could not stay in a normal campground as long as precautions were taken.

There were also several praising the decision.

The Whakatane police have been asked to keep a look out for campers and to ask them to move into The Hub carpark.

"Council and police have worked together to establish an overnight camping area at The Hub for those self-contained motor vehicles that are unable to return home or do not have the means to afford the tariffs for privately-operated campgrounds," said the council's general manager community services, Mike Naude.

"Vehicles will be able to travel to essential services like the supermarket and pharmacies and to empty grey/waste water and replenish water supplies.

"This site has been established to enable the safe distancing and to avoid creating communities in which the Covid-19 virus can be transmitted."

Naude said the issue of displaced travellers was not specific to the Whakatane district and there was still national guidance being put in place.

"The Ministry of Business, Innovation and Employment has requested anyone requiring temporary housing to register by calling 0508 754 163," he said.

"Additionally the National Emergency Management Agency is working on a national response to assisting freedom campers and those without homes."

Whakatane's response has Kawerau District Council investigating what is the best option for its town.

Kawerau council has opened its arms to freedom campers for a long time and Mayor Malcolm Campbell said it was still considering its options.

However, the council has contacted central government for guidance on the issue.