Problems with freedom camping in Gisborne city and up the coast at Makorori have prompted Gisborne District Council to review its camping regime. 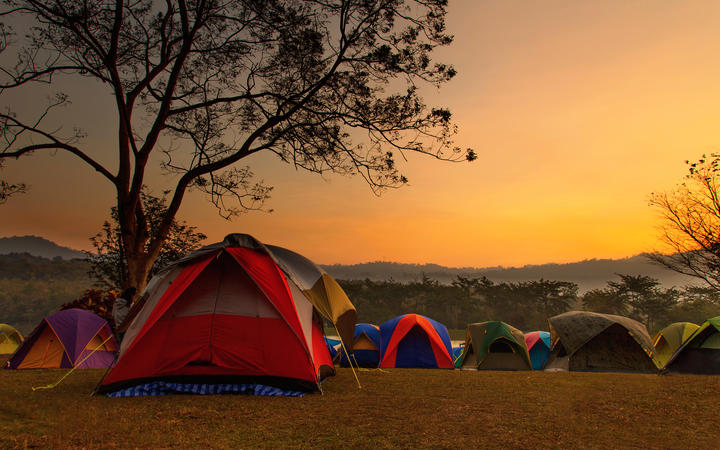 In September last year, the council decided to ban freedom camping in the Marina Park carpark adjacent to Taruheru River in Gisborne city over summer.

The decision followed complaints about overcrowding in the carpark and campers showering and washing dishes and clothing beside the boat ramp.

As well as freedom camping, managed under a bylaw, the council operates summer campgrounds in eight locations up the coast and at Doneraille Park, inland towards Wairoa, from September to April.

People need a permit to occupy sites at the summer campgrounds, which they purchase in exchange for rubbish bags (collected by the council).

Council staff monitor the summer campgrounds, which have a number of rules. For example, campers must have a chemical toilet.

But Boyce said there had been ongoing issues with campers not complying with those rules as well as environmental impacts, including dune erosion, at some of the campgrounds.

Brent Grayson, who has been camping at Turihaua Beach since he was a child, wished the campground stayed open for another month so he could make the most of settled summer weather.

The campground at Turihaua Beach, beside State Highway 35, closes today, but the other summer campgrounds are open until April 12 - and those at Tokomaru Bay, Kaiaua Beach, Tolaga Bay and Doneraille Park can be used for freedom camping outside the summer months.

Boyce said that had caused confusion among campers about when freedom camping was allowed at the dual-purpose sites.

Through the review, the council would consider whether its camping regime needed a complete overhaul or just tweaks, she said.

Public feedback is being sought through a survey that is open until 10 February on the council's website.

A draft proposal for the new camping system is due in May, with any changes to be in place by September in time for the 2020/21 season.

At Turihaua Beach on Wednesday, Kylie Karini, her partner and children were making the most of the last few days before the 2020 school year started.

Karini said it was important to have places like the non-powered Turihaua Beach campground where children could get away from the TV and internet to embrace the great outdoors.

A grant of $325,905 from the government's responsible camping fund for 2019/20 has allowed the council to employ another two compliance officers to monitor freedom and summer campers in the region, and Ms Boyce said they had done an excellent job.