Further tests have confirmed none of the passengers evacuated from Wuhan to Auckland on Wednesday are infected with the novel coronavirus. 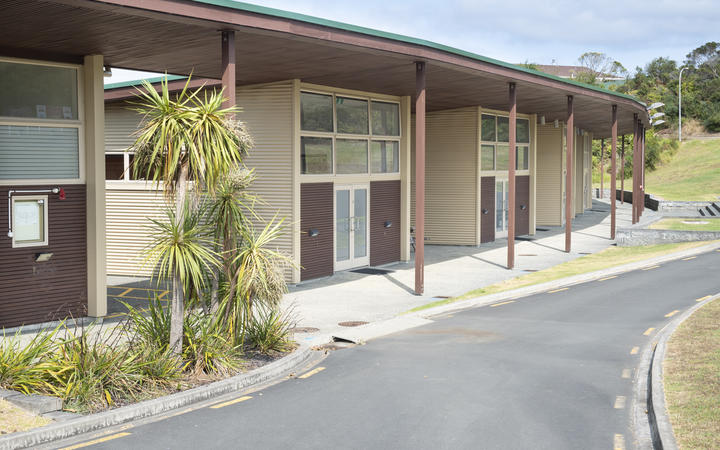 The Whangaparāoa military base in Auckland is accommodating the passengers in quarantine after being flown out from China. Photo: Supplied / NZDF

The 158 people rescued from the Chinese city are settling in for their two-week stay, under quarantine, at the military base in the Auckland suburb of Whangaparāoa.

The quarantine centre is housing New Zealanders and dozens of foreign nationals evacuated from Wuhan and the wider Hubei province where tens of thousand of people are infected.

Deputy director-general of health Sarah Turner said everyone evacuated was undergoing daily checks and no one was unwell.

Evacuees are being housed in campervans and are not allowed to go inside other evacuees' campervans, and when talking to each other, they must stay at least an arm's length apart and for no longer than 15 minutes at a time, according to those inside.

The medical officer for the Regional Public Health Service William Rainger said everyone was checked daily and if anyone was confirmed to have contracted the virus, they would be probably be isolated for a further for 10 days - the period of incubation for the illness.

Anyone who has interacted with them will be quarantined for another two weeks.

Whangaparāoa locals at a public meeting last night pressed officials on how infectious the virus is and whether it could live on outside the body on surfaces for weeks. The answer was it most likely could not.

Local councillor Wayne Walker said he was not worried at having a quarantine centre in the area.

"We as far as this facility is concerned, it's been used for quarantine before some years ago, it can be isolated very easily, it's in a good position, you couldn't ask for a better location in many respects, so I'm pretty comfortable around that."