New Zealanders who have been evacuated from Wuhan say they are grateful for the help they are receiving from the government and each other. 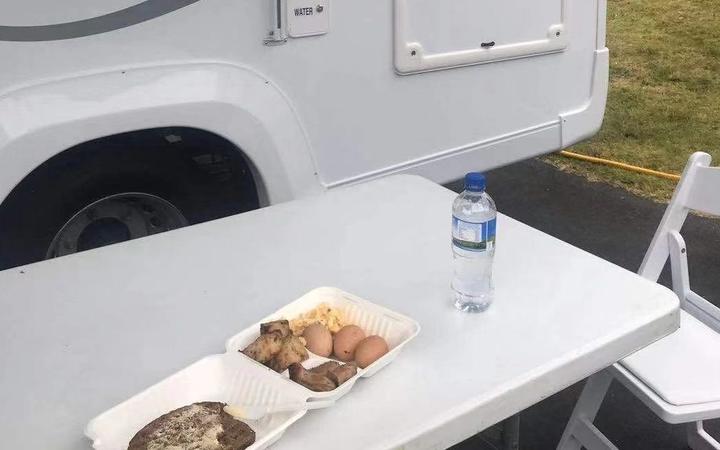 Campervans are being used by individuals and families as they undertake a 14-day quarantine period at a navy base in Whangaparāoa, north of Auckland. Photo: Supplied

Fifty-four New Zealand citizens and 44 permanent residents on Chinese passports arrived at a navy base in Whangaparāoa, north of Auckland, just after midnight and started their 14-day quarantine.

Their Air New Zealand flight was arranged by the New Zealand government in the wake of the coronavirus that originated in Wuhan.

Families and individuals have been assigned a campervan with a number on each of them, according to people RNZ spoke to.

An Auckland woman, who did not want her name used, said she felt lucky that the family, including her husband and two young children, were able to stay together in this special experience.

"There's a dining hall that we can go to and get food. Then you take the food back and eat it in the campervan," she said.

"We got lots of options for breakfast, including yogurt, egg, sausage and bread. Last night, we were also given fruit, chips, juice, water and even a hat. We were provided with a toothbrush, toothpaste, shampoo and all that." 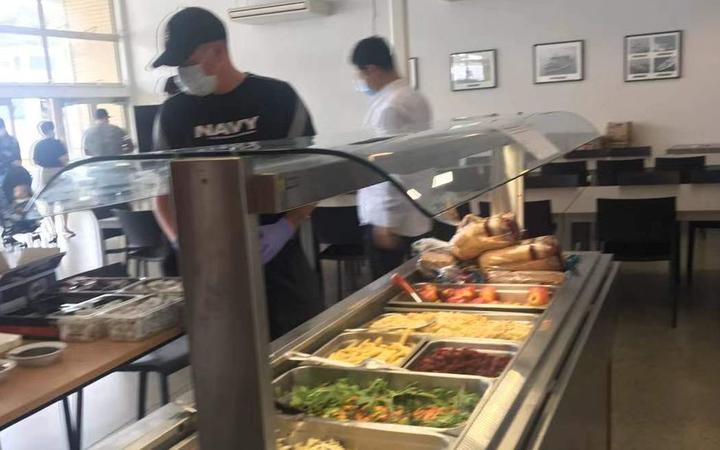 Food preparation underway at the naval base. Photo: Supplied

She said they were exhausted yesterday and would like to find out more regarding how relatives and friends can drop off some goods for them.

"All the staff members who have been involved in this evacuation are very kind and nice to us. I felt very touched," she said. 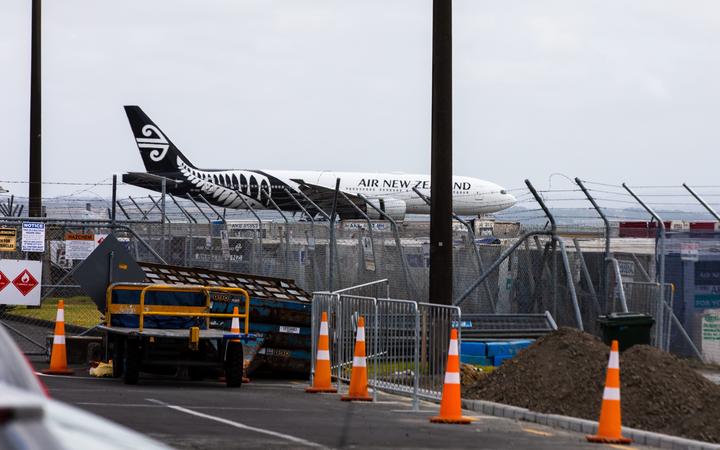 The travellers are tired but touched by all the kindness they have received during the evacuation process, one evacuee who arrived in Auckland on an Air New Zealand flight last night says. Photo: RNZ / Dan Cook

Auckland man Mr Li, who did not wish to use his full name and who has been in New Zealand, was excited to be reunited with his six-year-old son who went to Wuhan alone for a holiday.

Li, who is now staying in quarantine with his son, said he was appreciative of a family who helped bring his son back.

"Not only did they help bringing my son back, they also helped other people. Another evacuee has two kids and a few suitcases, and this family helped them with the luggage all the way," he said.

Li said staff told them there will be children's activities as well.

He said they were asked to stay in their campervan as much as possible, and put a mask on whenever they go outside and wash their hands after they came back to the campervan.

People were also asked not to visit each other, and stay at least an arm's length apart when talking to each other outside the campervan and no longer than 15 minutes every time, he said.

Health officials have offered reassurances to Whangaparāoa locals who live in the Auckland suburb which is housing nearly 160 people evacuated from Wuhan.

About two dozen Whangaparāoa residents gathered this evening at a community event where they wanted answers on the threat posed by the novel coronavirus.

Councillor Wayne Walker said he was not worried.

"We as far as this facility is concerned, it's been used for quarantine before some years ago, it can be isolated very easily, it's in a good position, you couldn't ask for a better location in many respects, so I'm pretty comfortable around that."

Walker said he was happy for more evacuees to be housed in Whangaparāoa.