The first plane-load of Australians evacuated from Wuhan, the epicentre of the novel coronavirus outbreak, has been sent to Christmas Island. 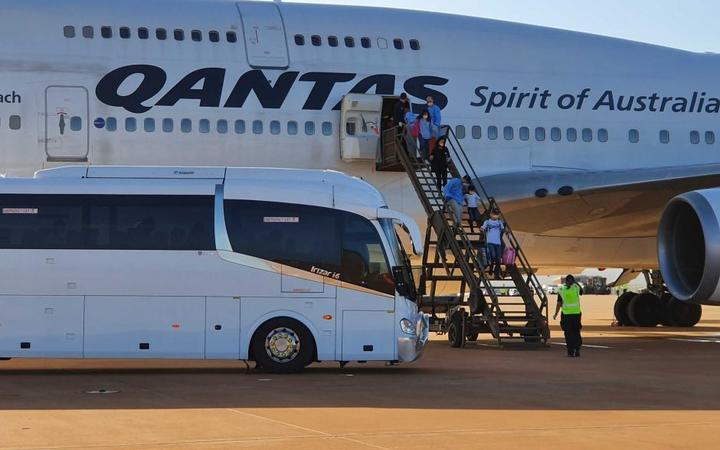 The evacuees were first sent to specially quarantined facilities at a remote airbase in Western Australia.

The Qantas 747 touched down last night (NZ time) at a Royal Australian Air Force base about 1200km north of Perth, carrying 243 passengers, 14 crew, four pilots and officials from the Department of Health.

Several children were on board, with 89 evacuees under 16 years of age, including five under the age of two.

The 747 could not land at the small Christmas Island airstrip, so the passengers will be transferred to two smaller planes to make the trip.

A chartered flight left the Learmonth base about overnight (NZ time), bound for Christmas Island.

A spokeswoman for the WA Department of Health said a patient had been transported to Perth but the decision to do so was not related to the coronavirus.

The patient had a condition that made it necessary for them to be close to a tertiary hospital, the spokeswoman said, and they would be kept in home isolation following the appropriate protocols.

WA chief health officer Andrew Robertson said earlier that it was unlikely any passengers would have developed an illness or coronavirus symptoms during their flight from Wuhan.

"They were not allowed on the plane if they were unwell," Dr Robertson said.

"Probably the more likely scenario is that there are other medical conditions that require treatment that we will have to bring back to Perth."

WA Health Minister Roger Cook had also said any passengers deemed too sick to travel to Christmas Island would be flown to hospital in Perth by the RFDS.

The flight out of Wuhan is the first of two that will take several hundred Australian citizens and permanent residents out of the locked-down city.

Once on Christmas Island, they will spend two weeks in quarantine at the almost-empty immigration detention centre with a team of doctors and nurses.

Wait for some before Christmas Island transfer

While it was expected some passengers would be flown to Christmas Island immediately, the assessment and transfer process in Learmonth was expected to take some time for others. 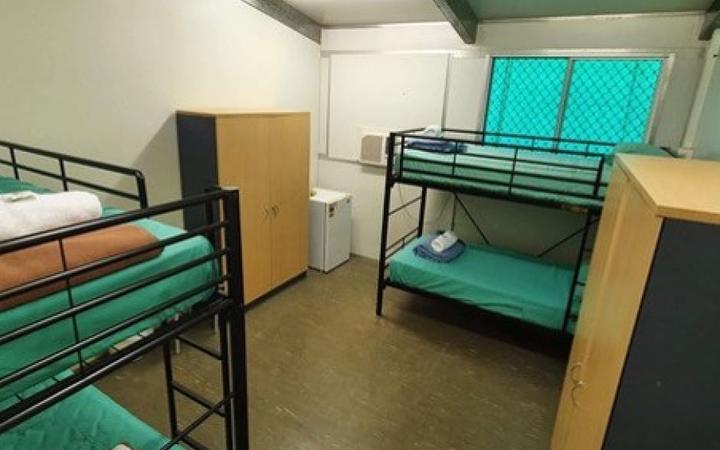 For those passengers who have to stay longer, the Federal Government has set up "transit accommodation", which includes resting and dining areas, recreational facilities and accommodation for families.

"We are looking forward to this operation being concluded as speedily and as smoothly as possible but … there's potential for those passengers to be on the ground for a while, indeed potentially overnight," WA Health Minister Roger Cook said earlier.

Everyone on the flight was given a mask and hand sanitiser and the crew wore gloves, according to Qantas.

The aircraft was fitted with medical-grade air filters which catch 99 percent of particles, including viruses, and the air was fully recirculated through those filters every five minutes, a Qantas spokesperson said.

Exmouth Shire President Matthew Niikkula said he had been assured the evacuees would be kept away from domestic passengers at a separate terminal on the Learmonth airbase.

"As long as none of our staff or domestic side of the terminal gets involved with it, we're happy to help in any way," he said.

Both China Eastern Airlines and China Southern Airlines have cancelled direct flights from mainland China to Perth due to the outbreak.

China Eastern was conducting direct flights from Shanghai to Perth as part of a month-long trial, which was cancelled amid the outbreak.

Passengers on board the last flight that landed Monday said they underwent a medical assessment, including temperature checks, when they landed.

A passenger named Tony, who lives in Perth, was one of the few on board not wearing a mask.

He said most people were wearing masks as a precaution but he was not too concerned.

Another passenger, Kai Zhao, moved his flight to Perth forward because he was worried about cancellations.

He said the plane was disinfected.

"At the end, they sprayed something to sanitise the luggage and the cabin," Zhao said.

Ciara Crockett, 18, who attends school in China, was planning to spend her time in quarantine at her Perth home studying for exams in May.

"The school's providing online classes for us so we won't get too far behind for exams," she said.

Her father, Stuart Crockett, who works for the WA Government in Shanghai, said he felt safe in China during the outbreak.

"We believe the Chinese Government is doing a great [job] in controlling and containing it," he said.

"They're trying the best they can basically."