China is set to open a new hospital in the city at the epicentre of the coronavirus outbreak, as the numbers of people infected continue to grow. 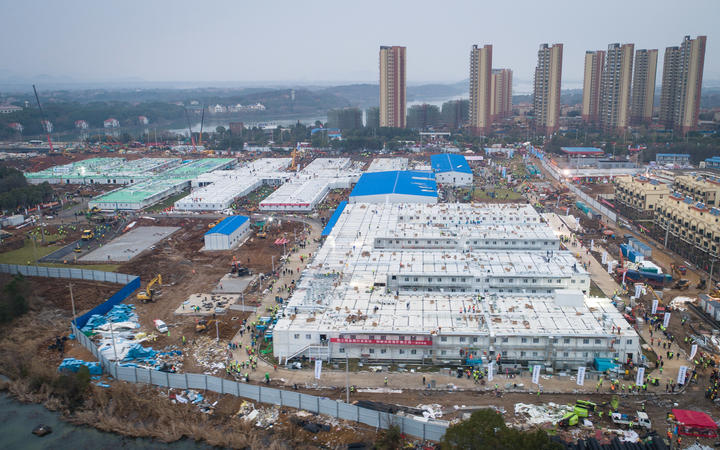 China has built a makeshift hospital in 10 days to battle against the novel strain of coronavirus in Wuhan. Photo: AFP

Wuhan's 1,000-bed Huoshenshan Hospital, built in just eight days, is one of two dedicated facilities being constructed to help tackle the outbreak.

China is struggling to deal with the virus, with more than 17,000 confirmed cases and 361 deaths.

Sunday saw the first confirmed fatality outside China, in the Philippines.

The patient was a 44-year-old Chinese man from Wuhan who appeared to have been infected before arriving in the Philippines.

There have now been more than 150 confirmed cases of the virus outside China.

Many countries have barred foreigners arriving from China and are quarantining their own citizens.

Latest figures from China's National Health Commission on Monday revealed that, alongside the confirmed cases, there were:

Meanwhile, hospital workers in Hong Kong are preparing to go on strike from Monday unless the territory's border with mainland China is completely closed.

The territory's authorities have refused to do this, citing World Health Organization recommendations to introduce screening at borders rather than closing them. 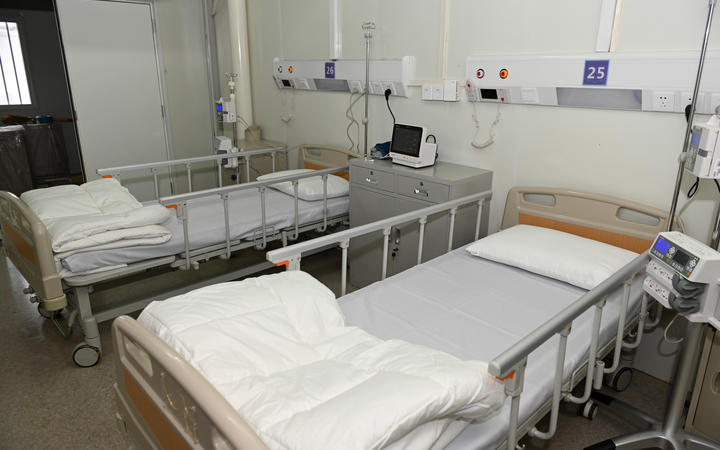 Interior of the makeshift hospital at Wuhan. Photo: AFP

The number of coronavirus cases worldwide has overtaken that of the similar Sars epidemic, which spread to more than two dozen countries in 2003. But the mortality rate of the new virus is much lower, suggesting it is not as deadly.

Chinese state media reported on Sunday that construction of the new Huoshenshan hospital had been completed, and that it would open on Monday.

Local TV reports said 1,400 Chinese army medical staff, some with experience of infectious diseases, were arriving in Wuhan and being transferred to the new site.

A second hospital at Leishenshan is due to be finished on Wednesday.

National Health Commission spokesman Jiao Yahui told Reuters that with the new hospitals the city would have more than 10,000 beds available, enough to cope with current suspected and confirmed cases.