There are no new suspected or confirmed cases of coronavirus in New Zealand although one is still expected to happen, Director-General of Health Dr Ashley Bloomfield says. 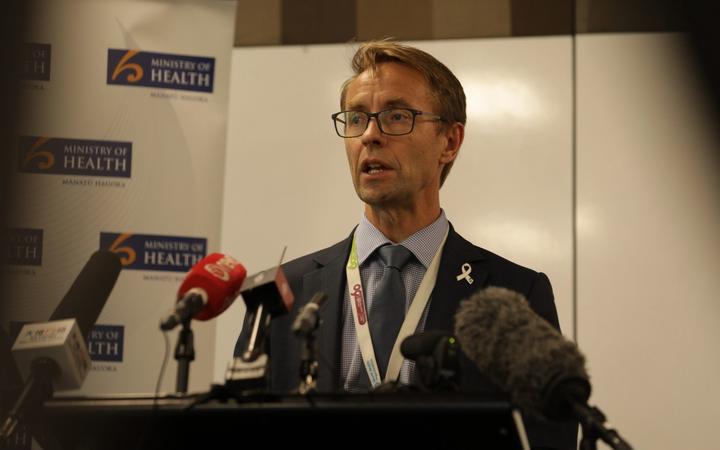 All foreign travellers who left from or transited through mainland China in the past two weeks will be refused entry to New Zealand from today.

Dr Bloomfield said at a news conference this afternoon he did not yet know how many people had been turned away yet, and expected an update on this tomorrow.

He said New Zealand citizens, permanent residents and their families would be allowed in, but they must stay at home for two weeks.

"[They] will be spoken to by health officials and given information about how they should self-isolate."

Dr Bloomfield said health officials would not be be actively monitoring the New Zealanders who have isolated themselves.

He said passengers were being carefully screened before they get onto flights to come to New Zealand.

"The most important part of this border measure is actually the pre-screening that happens at the China end.

"Immigration officials and Customs officials are looking at the pre-screening and at the passenger manifest at the other end to ensure that people who aren't travelling on a New Zealand passport don't actually get on the flight."

Dr Bloomfield said over recent days there had been a significant increase in the number of people sickened by and killed by coronavirus; and the number of countries with confirmed cases of the disease.

And a new study in the medical journal Lancet describes a person in Germany who was not displaying any symptoms of coronavirus passing the illness onto others.

He said on the basis of the increasing cases and the Lancet study health officials advice to government was to impose the stricter border measures.

However, China has called the decision "disappointing". China's consul general in Auckland, Ruan Ping, said the sudden decision could hurt the superpower's economy - and that would also be bad for New Zealand.

While the World Health Organisation has declared the outbreak a public health emergency of international concern, it said global trade and travel restrictions were not needed.

New Zealand Customs has announced that e-gates are closed to all incoming international travellers, with people now to be manually processed through Customs.

Terry Brown from Customs said this would cause significant delays for incoming travellers.

He said staff would wear protective gear and stand a metre away travellers in a bid to stay staff.

St John is sending a doctor and two paramedics on a government-chartered flight to Wuhan to evacuate New Zealanders at the epicentre of the coronavirus outbreak.

It said the team - which departed Auckland today - would provide infection screening, clinical advice and treat any returning passengers and crew.

The Air New Zealand plane has reached Hong Kong but no further details about the flight are available yet, including the number of people who will board the plane.

Air New Zealand will also have a doctor on the flight.

Dr Bloomfield said the Ministry of Foreign Affairs and Trade is still firming up how many people will be on the evacuation flight.

He said people would be given masks and instructed on how to move around the plane to avoid spreading any illness.

Any people displaying symptoms of coronavirus won't be allowed on the plane, he said.

Australians, Tongans and Samoans will also be allowed on the plane.

The New Zealand and Pacific Island evacuees will spend 14 days in isolation at a military facility in Whangaparaoa in north Auckland.