New Zealand Customs has announced all travellers entering New Zealand will now be manually processed through Customs due to the novel coronavirus outbreak. 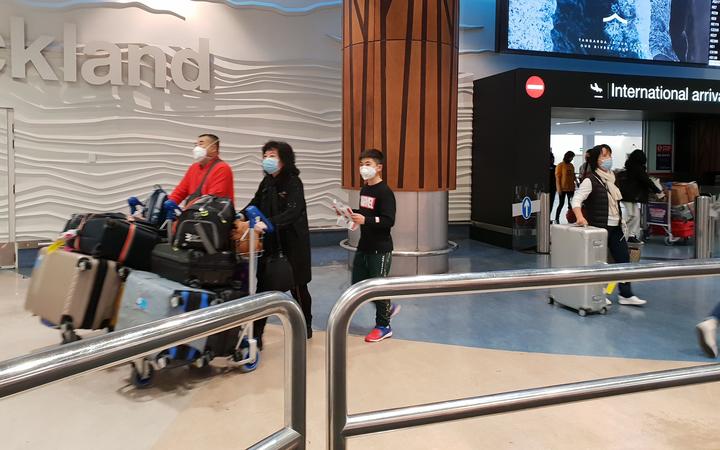 In a tweet NZ Customs said no passengers will be allowed to use eGates.

This includes New Zealand citizens, permanent residents and their families.

Coronavirus update: All travellers entering New Zealand will now be required to be individually manually processed (including NZ citizens, permanent residents or their families)and no travellers will be allowed to use eGates.

"We kindly request travellers to be patient to enable a smooth and efficient transition for all," the tweet said.

Foreign travellers who leave from, or transit through, China are being refused entry to New Zealand from today. New Zealand citizens and permanent residents, and their immediate family, will be allowed to enter the country but will need to isolate themselves for 14 days after arrival.

The restrictions will be in effect for up to 14 days, reviewed every 48 hours.

The Ministry of Foreign Affairs and Trade has also raised its travel advice for China to "Do not travel", the highest level.

In the coming days the New Zealand government will fly out about 70 citizens who have been trapped in Wuhan.

Automated eGates for passengers to go through passport control are located at Auckland, Wellington, Christchurch and Queenstown airports.

To be eligible to use the system travellers must be 12 years or older and have an ePassport from New Zealand, Australia, the United Kingdom, the United States, Canada, China (excluding Hong Kong), France, Germany, Ireland, Netherlands, Singapore, Japan or South Korea.

It uses biometrics to match the picture of a person's face in their ePassport with the picture it takes of them at the gate.

Auckland Airport is warning there may be delays at the border as a result of the travel restrictions.

It also said there may be some flight disruptions.

The airport's operations manager, Anna Cassels-Brown, said the delays would cause frustration.

"We are working with multiple agencies and our airline partners to ensure the precautionary measures the New Zealand Government has introduced are carried out, including enhanced screening for arriving travellers," she said.

"We know delays can cause frustration and we ask for everyone's patience as they move through the international terminal." 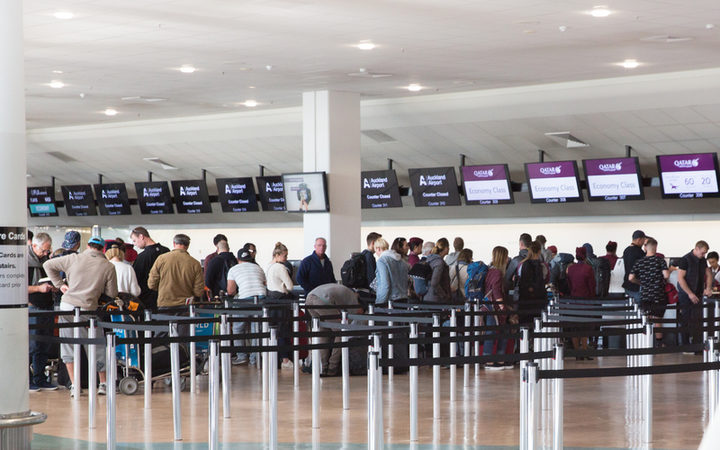 Auckland Airport is warning there may be delays at the border as a result of the travel restrictions. Photo: RNZ / Claire Eastham-Farrelly

Two flights due to arrive in Auckland from China have been cancelled today, but three others are still scheduled to arrive.

Departing flights are also impacted, with a China Southern flight to Guangzhou cancelled this morning, while Air New Zealand is not sending any direct flights to China.

There are three flights departing as scheduled this afternoon or evening.

The World Health Organisation has declared the outbreak a public health emergency of international concern, but said global trade and travel restrictions are not needed.

However ramped up border controls in New Zealand followed similar measures by a string of other countries. The US, Australia and Singapore are among nations to announce restrictions.

The Philippines expanded its travel ban to include all foreigners coming from China, widening an earlier restriction that covered only those from Hubei province. Indonesia also barred visitors who have been in China for 14 days.

Japan has barred foreigners who have been in Hubei from entering the country. South Korea will impose a similar entry ban from Tuesday, Prime Minister Chung Sye-kyun said.

Russia is to start evacuating citizens this week, following Germany, Indonesia and Japan.

The first death from the new coronavirus outside China occurred in the Philippines on Saturday. A 44-year-old Chinese man from Wuhan had travelled to the country and died there.

A total of 304 people have died in China, the National Health Commission said on Sunday. Infections in China jumped to 14,380 as of Saturday, it said. At least another 171 cases have been reported in more than two dozen other countries and regions, including the United States, Japan, Thailand, Hong Kong and Britain.