MetService says the West Coast should brace for more bad weather after heavy rain caused a highway to be shut and a power outage yesterday. 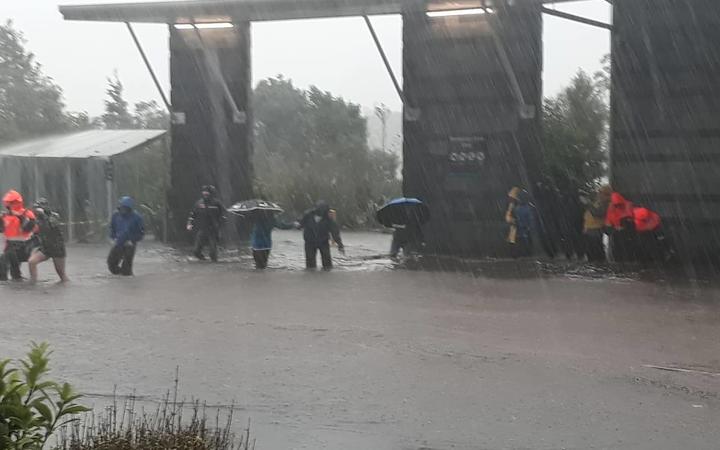 West Coast Civil Defence says at least 100 properties were without power this morning after heavy rain cut the supply to Fox Glacier and south to Paringa because of a fault on the line from Franz Josef.

However, Westpower says a break in the weather had allowed staff to get into the Fox Hills, where they have found the fault, and restoration was expected by mid-afternoon.

"Considering the amount of rain we've had so far it will just continue, we've also got a moderate risk for thunderstorms for Fiordland and South Westland ... which helps the rain to continue to be heavy."

Westpower said last night that due to the bad weather it couldn't get lines workers to the fault and it would be working on an alternative supply.

Civil Defence's public information manager, Erica Andrews, said the lack of power would be challenging for people in Fox Glacier, where a boil-water notice had been in force since late last week.

"It's very difficult for some of those customers to be able to boil water, but a lot consumers and residents will have gas supplies."

She told Morning Report she wasn't aware how many were impacted by the outage but it was "probably a couple of hundred" of households and businesses.

A slip near Thirsty Creek at State Highway 6 has also caused the road to be shut from Haast to Fox Glacier.

Andrews said they were not sure when the road would reopen but expected an update from NZTA this morning. 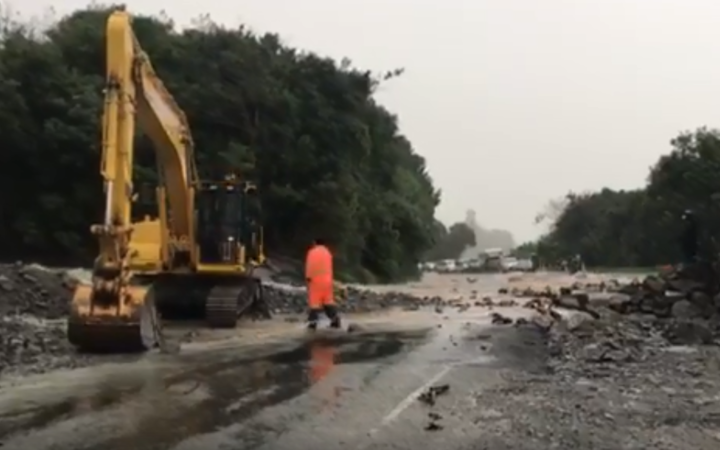 The only road to Milford Sound has been closed and will not reopen until Tuesday afternoon at the earliest.

State Highway 94 between Te Anau and Milford Sound, has been closed between Cascade Creek and the Chasm due to flooding.

More heavy rain is predicted in the area today and tomorrow.

NZTA said an update on the road reopening would be made at 1pm Tuesday.

Due to flooding SH94 Milford Rd is CLOSED due to flooding. The road is not expected to reopen until afternoon depending upon damage. Very heavy rain is expected Monday and Tuesday. Update expected at 10 am. ^JP pic.twitter.com/RlWIr8wB8K

50mm of rain overnight and between 85-100mm forecast for the next 2 days.
I really hope you've got it wrong this time @WeatherWatchNZ as this could be a disaster. pic.twitter.com/ngP7gJGm4O