The swollen, brown Mataura River is still thundering under the road and rail bridges in Gore. 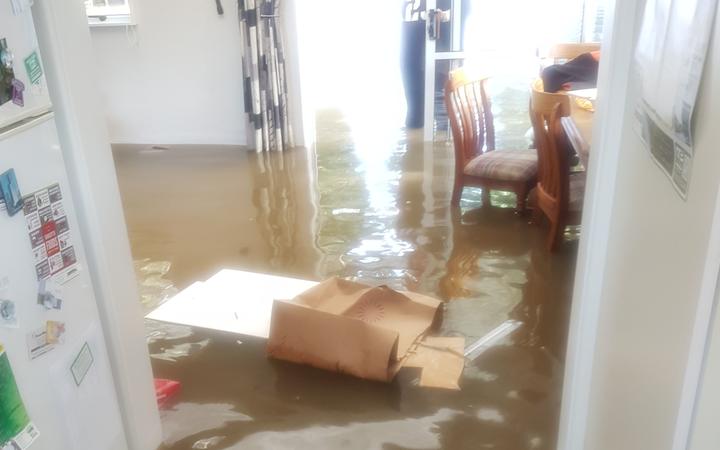 The river has been dropping slowly and along the riverbanks in the town, debris marks where it reached its peak.

There were fears it would breach its banks in Gore and residents were evacuated.

But that did not happen and locals were able to return to their homes last night. 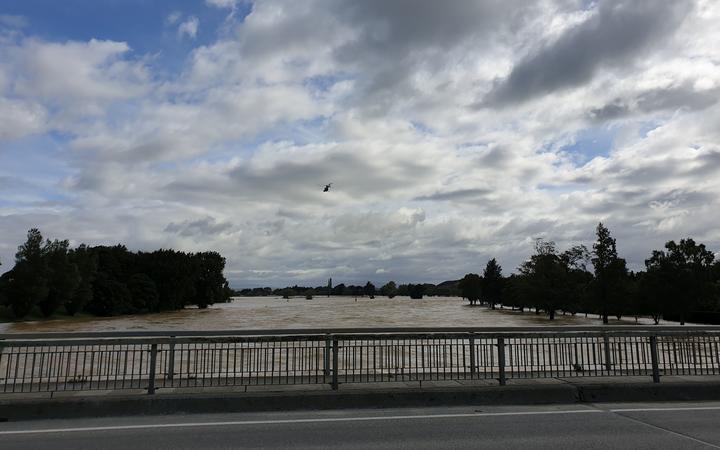 There were fears the Mataura River would breach its banks in Gore. Photo: RNZ / Sarah Robson

There are some though who are facing the prospect of a big clean-up job, after their properties were flooded when the stormwater failed to cope with the deluge.

Ontario Street, which runs along the river, is closed and a number of houses have had water through them.

Cars parked out on the road have been inundated - all that was visible on one of them was its roof and part of its windscreen. 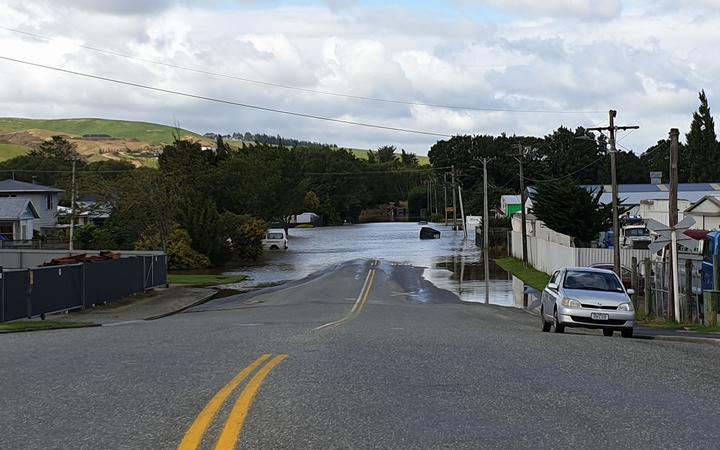 They were on their way to the Elton John concert in Dunedin when they got a call from one of their neighbours telling them to come home.

"His house was under [water] and ours was next," Kerry said.

"We turned around, came home, got home about 5.30pm and the police took us down the floodbanks and let us into the house to grab a few essentials.

"We didn't get time to grab much, the water was coming through the door."

They grabbed one of their cats and a dog - two of their cats ran off after they weren't able to fit in one cat cage and broke it.

They headed to Malcolm's parents' place, but were woken up at 6am to be evacuated from there as well.

Kerry said they were able to get back into the house last night.

The floodwater was up to their knees.

"Everything knees down, my car's in the garage underwater, everything is gone," Kerry said.

Malcolm said they had lost a few electronics too, but they were hopeful the floodwater would wash out of their clothes. 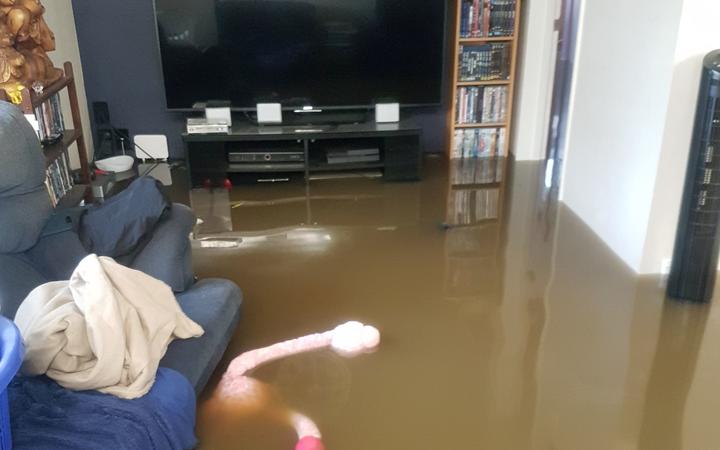 They have rubbish bags ready to start the clean-up and they're planning on taking whatever they can to the laundromat.

The Neilsons said the water did not come over the floodbanks, but came up through the stormwater system.

That was frustrating, Malcolm said. "They knew the pumps couldn't handle it."

More pumps have been brought in to clear the water from the street, but the Neilsons didn't know how long that would take or when they'd be able to begin the clean-up.

Another resident of one of Gore's badly flooded streets said she and her husband were still waiting for at least a metre of water to recede from their lifestyle block.

Lorraine Masters lives on Salford Street which had to be evacuated yesterday and sandbagged for protection from rising floodwaters.

Masters said there was still a lot of water that needed to recede but it had thankfully not reached their home, instead, it had impacted their paddocks surrounding their home, which caused them to have to move many of their livestock - all of which survived.

"When I got up yesterday morning and looked out the window I thought, 'Oh my gosh' ... we had sheep right in around the house, we had to move them. The fences looked like they were made from straw," she said.

She said cleaning up would be a job that would take more than a week and hoped she and her husband could have some volunteer help.