The Southland town of Mataura has been reopened to residents after evacuations for flooding yesterday morning. 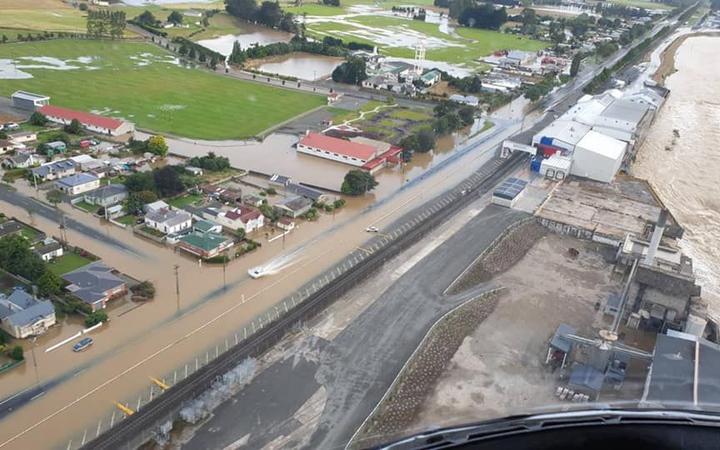 The old paper mill in the town, which stores potentially hazardous ouvea premix, was given the all-clear this afternoon.

The district's Civil Defence controller, Ian Davidson-Watts, said there has been some flooding in Mataura.

However, he said there is no significant flooding in the old paper mill and ammonia levels in there are much lower than expected.

Authorities are looking at how water can be pumped out of some parts of the town.

A boil water is notice will be put in place and an information and welfare centre will also be set up.

The main road into Wyndham is among five main access routes through the area that remain closed.

He said people should not underestimate how extensive the damage was, with bridges ruptured and many roads still completely underwater.

McKay said it would be days before the full extent of the impact can be measured.

The state of emergency in the Gore district remains in force.

Flooding from the Mataura River is receding, but authorities warn it could take days to drain completely.

Emergency Management Southland controller Neville Cook said the extent of the damage was not yet known in terms of houses or costs. 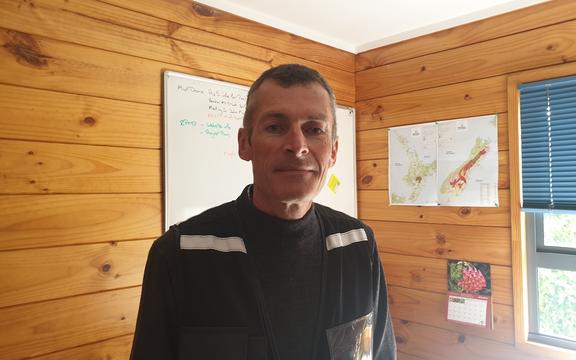 But he said it looked like most homes in Wyndham were "less seriously affected than they could have been".

Residents are being allowed back into the Southland town of Wyndham, about 30 hours after they were evacuated for flooding.

Emergency Management Southland is urging people not to go near floodwaters, or attempt to return to their properties, until agencies could determine "with complete confidence" that everyone would be safe when they returned home.

Residents who have returned to their homes in Gore's badly flooded streets said cleaning up would take more than a week.

Meanwhile, some Balclutha residents who voluntarily evacuated due to flooding yesterday can now return home.

Civil Defence staff have been working yesterday and overnight to reduce the risk by pumping water out of the Hospital Road Embankment.

They said whilst they continued pumping out water, the numbers of properties at risk had substantially reduced, but there still was a small red zone area of risk.

Civil Defence controller John Scott said whilst they continue pumping out water, the numbers of properties at risk have substantially reduced, but there still is a small red zone area of risk - about six homes are in that area.

He said things had "calmed down and the risk has dropped".

Southland is no longer isolated this morning and despite parts of State Highway 1 remaining closed south of Gore, Emergency Management Southland said last night access was available for light vehicles from Dunedin to Invercargill using some detours.

The two highways through the central part of the lower South Island staying shut are SH93, Clinton to Mataura and SH1 Mataura to Gore.

Emergency Management Southland said the decision will be reassessed on Friday at 8am. 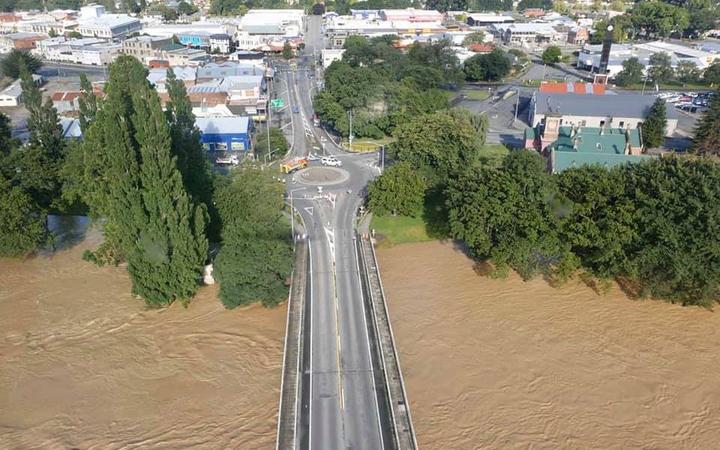 SH1 from Dunedin to Gore fully reopened this morning.

The main route to Queenstown has also re-opened and both lanes on SH6 from Adrienne have been repaired and will be open to all traffic.

Southland is no longer isolated this morning and despite parts of SH1 remaining closed south of Gore, Emergency Management Southland said last night access was available for light vehicles from Dunedin to Invercargill using some detours.

All roads to Mataura, including the road from Clinton, remained closed as the cordon of the town remained in place. However motorists could get access between Gore and Invercargill via Hedgehope and Waimumu.

SH1 from Dunedin to Gore is fully reopened and this morning SH6 between Braxholme-Makarewa Rd and Breeze Rd reopened, but a stop - go system is in place.

However, the Milford Rd was expected to remain closed until at least Wednesday next week due to extensive damage.

SH94 from Gore to Mandeville has also reopened.

A state of emergency remains in force in Southland and dozens of roads across both Otago and Southland remain closed.

The Mataura River was the main concern yesterday as it peaked at 2500cumecs at Gore at 10am, spilling over into the surrounding area.

More than 2400 people evacuated from their homes in Gore were able to start returning home last night, but those living in Wyndham and closer to the coast remained out of their homes overnight; that included a group of 18 rest-home residents who were flown to Southland Hospital by helicopter.

Police, fire, council staff and volunteers worked together with Emergency Management Southland to manage and co-ordinate the evacuations.

Emergency Management Southland controller Angus McKay said last night although the situation in Gore was looking "really positive", the Mataura River was still running at close to peak level at Mataura and while there had been no significant breach yet, it was a case of "watch and wait".

Civil Defence authorities and Rural Communities Minister Damien O'Connor declared the flooding to be a medium scale adverse event, opening the way for extra support to be offered to farmers and growers, and $100,000 was made available through Rural Support Trusts to speed up recovery and provide technical advice.

O'Connor, who had flown over the affected areas, said the response to the flooding event had been "absolutely amazing".

"It seems as though everything is under control ... but clearly we are going to have to wait and see when the water goes down the extent of the damage."

The $100,000 was initial funding and more money might be available as the full extent of the damage to farms was revealed over the coming days, he said.

Southland Mayor Gary Tong praised the response by Civil Defence authorities and also singled out the emergency response in Milford, where more than 300 visitors had been stuck after the Milford Rd was significantly damaged by the flooding, as "fantastic".

"The extensiveness of the damage in there is mind-boggling. It's a wonder we did not lose a life in there."

To get the last 195 visitors out of there yesterday had been a good effort, he said.

Yesterday, the Southern DHB set up an emergency operations centre and the NZDF sent a helicopter, two Unimog trucks and soldiers to assess damage and assist in evacuations in eastern Southland.

Residents in low-lying areas of Balclutha had been warned about lunch-time to be ready to evacuate over concerns a breach in a floodbank could flood much of the town, although Mayor Bryan Cadogan said the situation had stabilised by 5.30pm.

Convoys were organised yesterday to allow travel out of Te Anau from the Five Rivers junction (the intersection of State Highways 6 and 97) through to Frankton on the closed section of SH6, where the highways to the north were open.

The convoys operated on the hour from 4pm until 8pm, when the route closed again.

More convoys were organised for this morning at 7am, 8am and 9am.

NZTA journey manager Peter Brown said the highway between Frankton and Five Rivers/Lumsden was closed by slips and there were rockfall concerns, which was why traffic had to be managed in convoy.

It was aiming to have the route open again this afternoon.

Access to Invercargill from Te Anau or Queenstown was not available last night due to the Makarewa River levels closing two key bridges.

Two freight trains were halted in their tracks by the flooding in the Gore area on Monday night.

A Kiwirail spokesperson said the trains had been secured and would be moved after the track had been inspected and any necessary repairs had been carried out. The continuing high water levels meant inspections had not yet started.

Evacuations reportedly went smoothly, except for two Southland residents being arrested for failing to comply with police instructions.

Mataura pensioner Chris Couzens was reported as saying he was handcuffed by police and escorted away for refusing to evacuate and leave his animals behind.

He said he and his wife were taken to the Mataura police station.

A police spokesperson did not confirm details about the incident, but said two people were arrested in relation to failing to comply with police instructions.

"We are currently speaking with them."