About 20 people are expected to stay at a refuge hub in Gore overnight following heavy rain which has flooded homes. 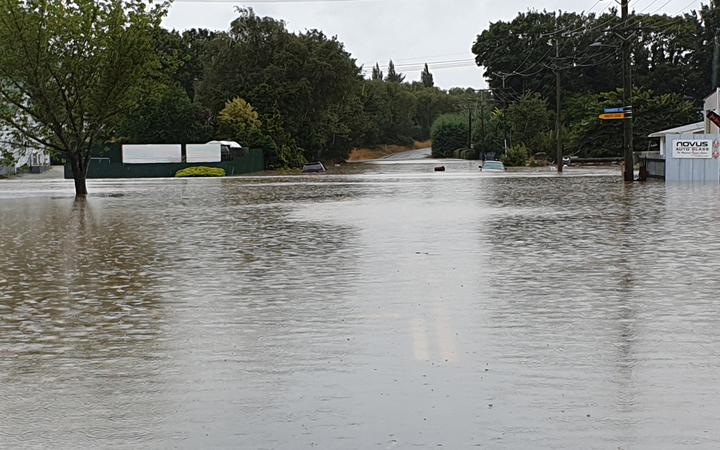 A State of Emergency was declared in Southland by the Civil Defence Emergency Management Group shortly before 3pm. More than a metre of rain had fallen in 60 hours in Milford Sound, 600mm of that fell in the 24 hours to 7am today. 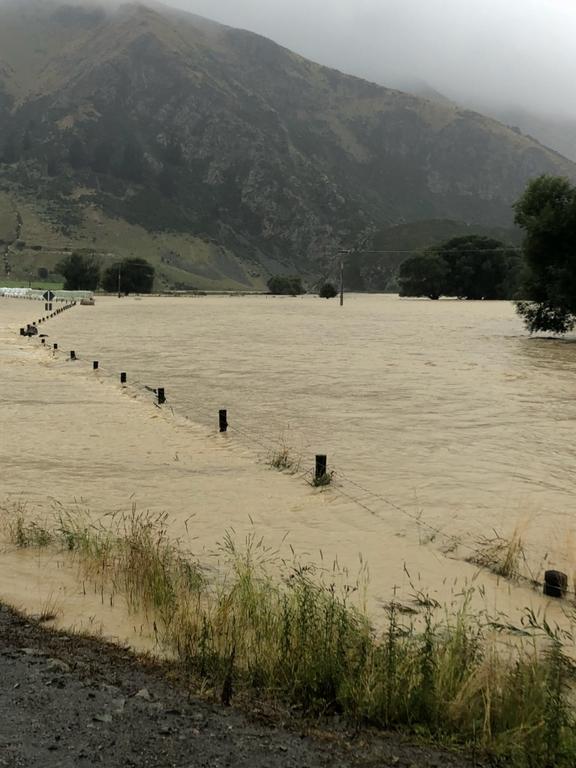 At least 10 houses have been evacuated, and the evacuees along with trapped tourists are staying at the Calvin Church, which is acting as a refuge centre.

Reverend Ken Williams says about 50 people have been in and out of the church today, which is stocked with supplies, partly due to donations from locals.

"For the local people who have had to be evacuated from their homes there's a fair amount of stress there, which is quite reasonable and understandable.

"Whereas for our tourists who are just travelling through town, they realise this is just unfortunate circumstance and they seem to be taking it pretty well."

He said some people are also being hosted by members of the church who have set up their homes for evacuees.

Meanwhile some schools in Southland will not open tomorrow as rain and rising river levels plague the region.

Garston School on State Highway 6, south of Queenstown, is one of those schools, it's principal Kathryn O'Loughlin says the community is cut off, with the highway blocked in both directions.

"I can't get out of the town at the moment, the road is not a road anymore.

"Some would say it is 20 years since we've had a flood like this and we're just not prepared to put anyone's life at risk," she said.

O'Loughlin says the school will remain closed until Friday.

Northern Southland College says it will only open if students can safely reach school.

The Transport Agency said key routes to Queenstown and Gore were closed until further notice.

It said the Milford Road would stay shut until at least next week because of unstable slips.

State Highway 6 would be closed overnight between Frankton and Lumsden due to two slips north of Kingston.

A welfare centre was set up for those who had been evacuated and authorities said they were closely monitoring the rising Mataura River, which was expected to peak at midday tomorrow.

Gore mayor Tracy Hicks said it was a case of watch and see, but some houses were being sandbagged in anticipation of flooding.

"I've lived here for a long time and I can't recall constant rain like we've had in the last three days," she said. 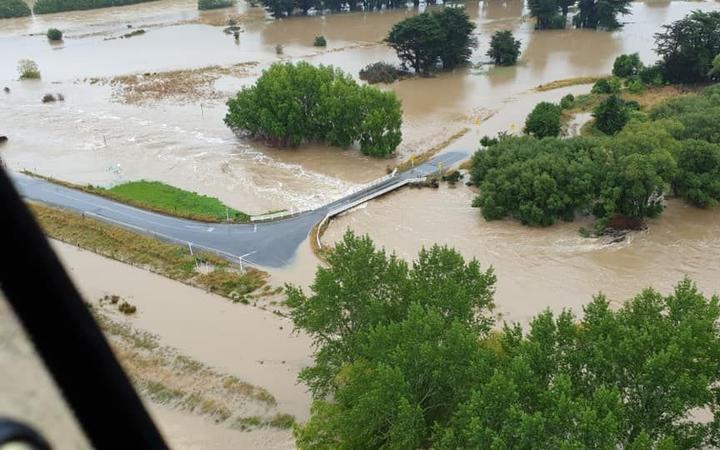 "It's been quite unusual and certainly some unusual situations happening right across the province."

Laura Douglas, who lives in the small town of Kingston, was also surprised by the level of flooding.

"The Gore fire brigade have been very busy today just because of the weather conditions, very heavy rain. They've been assisting at over a dozen houses in the township, assisting with flooding in basements and houses," she said. 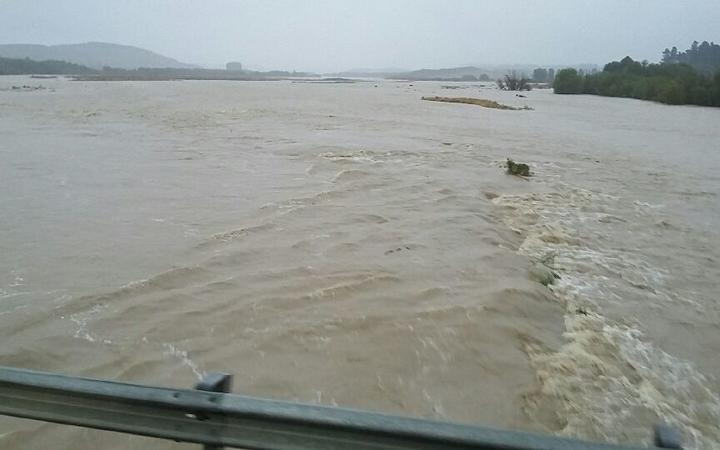 Flooding in the Southland region has sparked a state of emergency. Photo: Facebook / Civil Defence Southland

Meanwhile, more than 40 tourists trapped in lodges at Milford Sound were rescued by boat today.

A state of emergency was declared in the area yesterday afternoon as flooding and slips trapped tourists on tracks, roads and at Martins Bay and Big Bay, and closed State Highway 94, the only road into Milford Sound.

There are 125 people across three remote lodges owned by private company Ultimate Hikes. 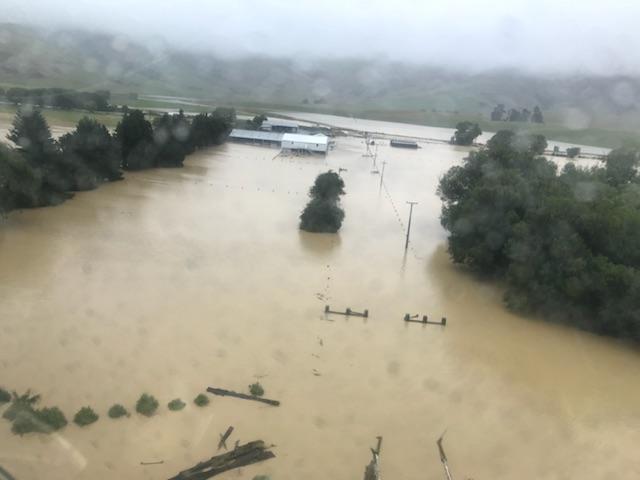 Company spokesperson Shaun Liddy said they are looking to bring 44 tourists out to Te Anau by boat.

He said 81 would be left to stay another night.

Earlier today helicopters rescued 31 tourists out from the damaged Howden Hut. Eight helicopters ferried people from there to Te Anau, Glenorchy and Queenstown.

The tourists told RNZ's Checkpoint tonight there were some near misses as people jumped out of bed just before the slip crashed through the wall.

There were 195 people still stuck in Milford town and will stay there until the weather clears tomorrow when they can be transported out properly. 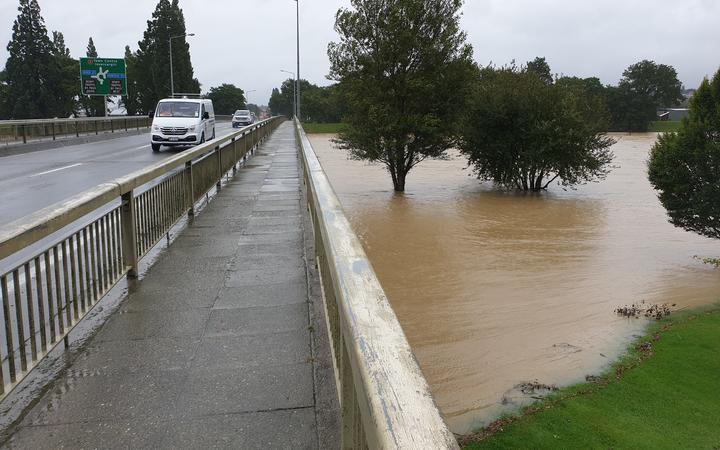 Flooding at the bridge in Gore. Photo: RNZ / Tim Brown